Biden thinks he has the higher political ground
“I think this president is always interested in having serious bipartisan discussions to look where we can find agreement. Discussions when you refuse to negotiate. Interesting.

Refusing to negotiate can be a dangerous proposition, but the White House thinks raising the debt ceiling should not be about negotiations — especially if doing so could result in changes to Medicare and Social Security.

They believe the public will back them on this, which is another reason why Biden and the White House are saying they won’t exchange spending cuts for a debt ceiling hike.

“It is essential for Congress to recognize that dealing with the debt ceiling is their constitutional responsibility. This is an easy one. This is something that should be happening without conditions,” White House press secretary Karine Jean-Pierre said on Wednesday.

If negotiations go down to the wire, the White House is confident that many Americans will hold Republicans responsible for any economic repercussions or changes to popular programs like Social Security and Medicare, putting significant pressure on the party’s moderates to cut a deal with Democrats.

Staking out an early position

The Treasury Department has enacted “extraordinary measures” that will allow the U.S. to pay its debts for the next few months. While the exact timeline is unclear, it is believed lawmakers will have until June to broker a deal.

By refusing to budge now, the White House thinks it will be better positioned to set the terms of the negotiations to come.

Experts believe some concessions are going to be unavoidable for the White House. Republicans control the House, and the roughly 20 conservatives who prevented McCarthy from being elected Speaker for several rounds of voting carry significant influence given the small margins.

Neil Bradley, executive vice president and chief policy officer at the Chamber of Commerce, said that a debt limit increase has to be bipartisan, despite the White House insisting now that they won’t negotiate.

“If your goal is to avoid default, this is not a good strategic approach coming from the administration. And it kind of defies the reality, which is that there are bipartisan things that the Democrats or Republicans could reach agreement on to affect our fiscal situation. This approach from the White House simply seems to rule that out and ignore that reality,” Bradley said.

Biden frequently boasts about reducing the deficit during his first two years in office, and there may be some middle ground for the two sides in the months to come. But in the interim, the White House is laying down a marker that programs like Medicare and Social Security should remain untouched.

“I think this president is always interested in having serious bipartisan discussions to look where we can find agreement,” said Gene Sperling, a senior adviser to Biden who was in the White House during the 2011 talks. “Let’s be clear: We are not going to do it as a condition on the debt limit.” 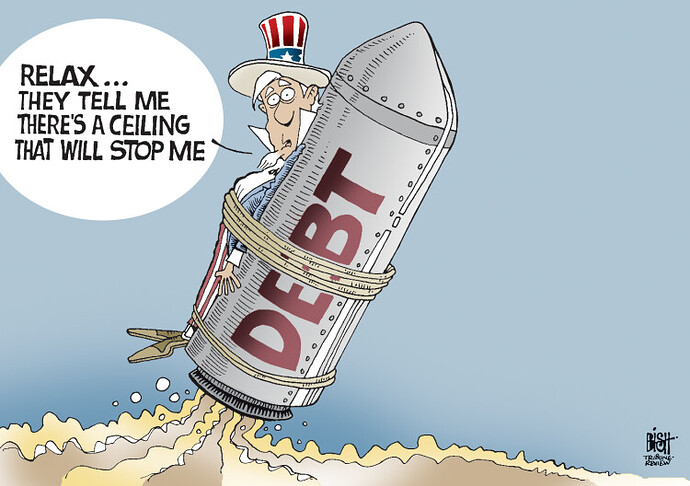 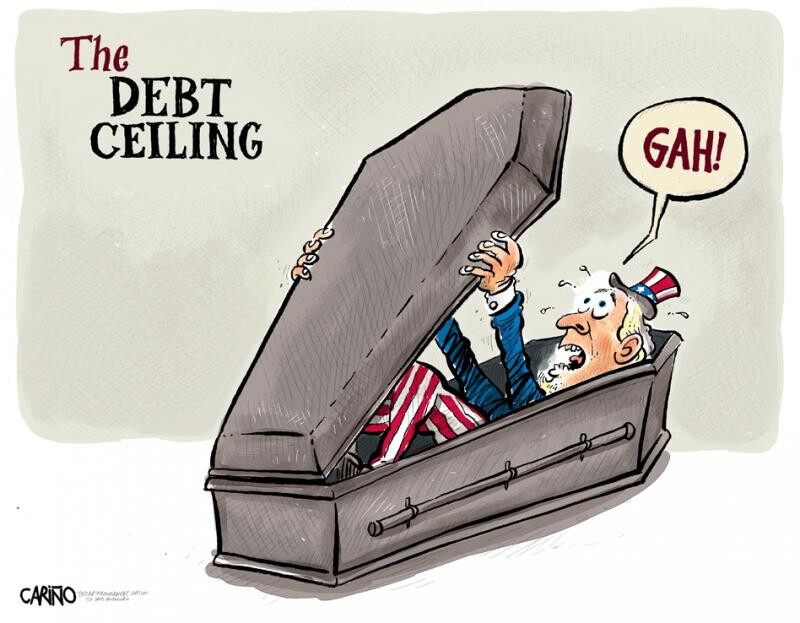 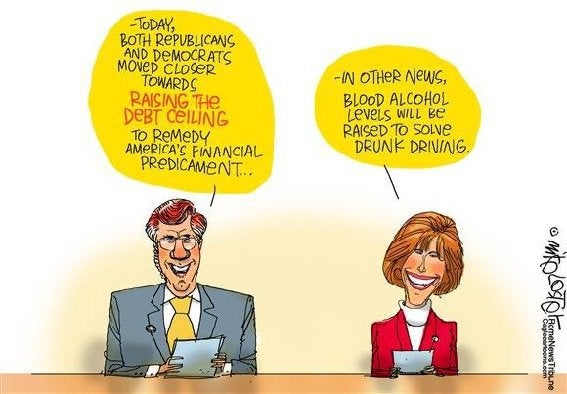 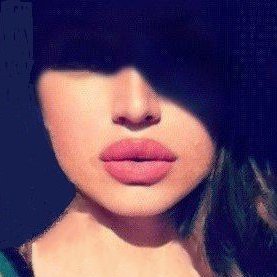 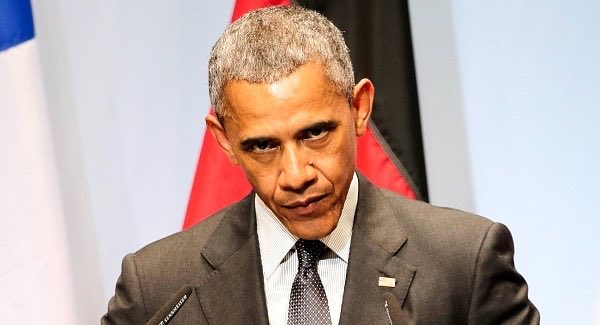 The left knows they can hurt the seniors, shut down parks and government buildings hurting Americans just like Barry did and blame it all on the evil GOP. Worked for Barry and it will work for the village idiot with dementia supported by the media.

They use the classic story, it’s about what was spent when the reality is about what they are spending today.

Once again, the federal government has reached its debt limit, which currently stands at a mind-boggling $31.4 trillion. To avoid a possible default, the Treasury Department will undertake “extraordinary measures” over the next few weeks to keep the money flowing, however, this is yet another “kick the can down the road” approach that is no longer feasible given our mushrooming national debt.

In 1917, somewhat counterintuitively, Congress established the debt limit so it could have more flexibility for deficit spending during World War I. The first official debt ceiling was established on the eve of World War II, in 1939, when Congress set the amount at $45 billion.

Throughout World War II, Congress increased the debt limit several times to fund wartime spending. By the end of the war, the debt ceiling stood at $300 billion. Shortly after the war concluded and military spending declined, Congress actually lowered the debt ceiling to $275 billion, which it maintained for eight years, the longest stint without raising it in U.S. history.

Unfortunately, when the U.S. military entered the Korean War in 1954, Congress decided to raise the debt limit several more times. And it hasn’t stopped, except for a short period at the end of the 20th century, when the federal government actually ran a surplus for three consecutive years.

Since the dawn of the 21st century, Congress has been derelict in its duty to control the nation’s purse strings. In 2002, Congress raised the debt limit from $6.0 trillion to $6.4 trillion, the first time it was raised in six years. In the decades following, Congress has abandoned any semblance of fiscal restraint as it has resorted to increasing the debt limit 20 times.

For instance, in 2011, Congress increased the debt limit to $14.3 trillion. By 2015, it ballooned to $18.1 trillion. In 2019, it eclipsed the $22 trillion threshold. Then, Congress unleashed the federal spending spigot like never before. During the pandemic, Congress increased the debt limit almost $10 trillion more, which is how we arrived at the precarious position we now find ourselves in.

Shockingly, even after the pandemic subsided and most rational Americans assumed Congress would decrease spending, the exact opposite occurred. From the $1.1 trillion “infrastructure” bill to the so-called $740 billion Inflation Reduction Act, Congress has shown little interest in reining in the out-of-control and totally unsustainable deficit spending.

But, that could change very soon. In 2022, the Republican Party won back control of the House of Representatives based on a pledge to the people that they would put an end to the profligate spending. This promise was made even more likely to be held after Rep. Kevin McCarthy (R-CA) was forced to accept and pursue several commonsense fiscal reforms lest he be ousted as speaker of the House.

So far, it seems like McCarthy is not reneging on that promise, which is a win for those of us who have seen this movie before. After all, many recent Republican speakers of the House have vowed to address the untenable spending situation only to reverse course and succumb to the calls for yet more spending and debt ceiling hikes. See, for example, John Boehner and Paul Ryan.

Nothing will change as both parties kick the can down the road.

Because they media will blame republicans drrrr