Who Blew Up the Recreational Vehicle in Nashville Tennessee?

I have heard that it was linked to Trump, to obtain the database of every phone call throughout the country that is stored there (apparently since 1990?). I suppose it could be true as he would never be able to get them by fair means and it’s already clear dirty fighting is ok for one half of the equation ? When viewed that way the warnings do make sense but still all conjecture.

The evidence would be fruit from a rotten tree and inadmissible in court. Not sure why someone would do it.

Some very deranged and confused posts above.

Yes I can see that issue. Perhaps it could be laundered and then “leaked” ?
I have no idea but fairly certain the truth won’t be found by watching CNN etc.

I have also seen some footage which shows the RV wasn’t the root of the explosion ? Again no idea and understand there is all kinds of magic can be done with editing. Need to edit the op, there is no right answer in the poll…

Here is a good article (by Roger L. Simon) , suggesting that it may have been intended to begin a new civil war:

Funny how in most everything, the conspiracy theorists end up wrong, then you can start looking through a given thread and watch how those promoting one conspiracy or another begin evolving their conspiracy to align with the facts…

And I cannot see any “conspiracy” here; just the work of one individual (if the theory is correct). 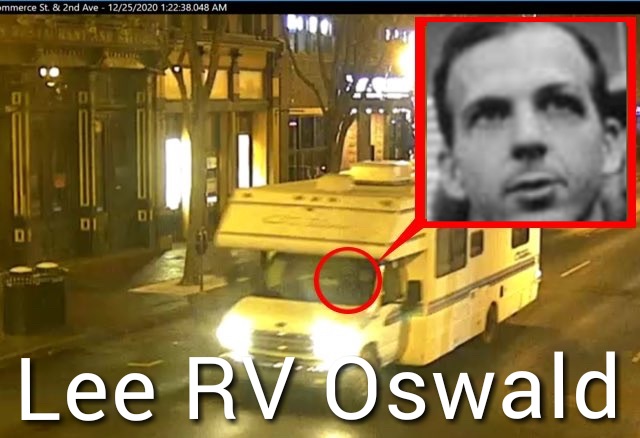 The FBI, thick in the investigation, doing the work, has not been able to give us a motive. Not sure what value there is to some guys conjecture who isn’t privy to anything that the FBI has been gathering…

I really do not know that there is any practical “value” to his conjecture.

I just think that it is probably worth considering.

With access to literally nothing that the FBI has been out collecting on the bomber, why would anybody give his conjecture any consideration?

We need to await the FBI’s conclusions.

Having a separate black racist country isn’t a bad idea to get rid of Black Lives Marxists.The only problem is what land is for them. There are some islands on the Bering Sea they cold live on.

If you really do not wish to “give his conjecture any consideration”–or if you simply feel that this is premature, and/or lacking in sufficient evidence–that is certainly your prerogative.

I just posted it so that others could make up their own minds.

Why, exactly, would you consider that offensive?

Why, exactly, would you consider that offensive?

I don’t recall saying it was…

Well, you did not say that directly.

But you certainly seemed to imply that, with your remark that it was premature for anyone to “give [someone else’s] conjecture any consideration.”

So, are you offended by my post in this regard, or not?

No, and I didn’t say or suggest that I was. I told you that what some guy that few have heard of, writing down conjecture about a bombing that he’s had no involvement in investigating, is not of any value. The FBI, who actually are investigating it, have not reported on motive yet, and logically we should wait for that…

Oh ok. So in 100 years there might be 9 conspiracies that actually happened…

On this board alone amongst the plethora of social media outlets, these cats present 9 conspiracies a month…

Well someone show me this Dominion invegation that the bombing is alleged to have disrupted? I thought all the cases were dismissed.