There were voluminous reports, from eyewitnesses and experts, of widespread election fraud in the so-called battle states and beyond. Specific allegations were made, and evidence of election rules violations and statistical anomalies were collected. Yet the courts refused to listen to virtually all witnesses and experts, rejected most of the evidence, and refused to subpoena more evidence requested by the plaintiffs. Many state government officials and some top representatives of companies supplying voting machines and software categorically denied any election fraud.

So, on the one hand, there is plenty of evidence strongly suggesting that the widely observed election fraud took place during the 2020 presidential elections. On the other hand, all we have are assurances of the election fraud–deniers that there was no election fraud, which were later changed to admissions that although election fraud did take place, it wasn’t large enough to sway the results. No verifiable facts that would clearly invalidate the specific election fraud allegations were presented to the public as of the time of this writing, while quite a lot of obstruction of investigations, like denials to subject the vote-counting software and hardware to examination by independent experts, took place. Some of this obstruction had all the appearances of a cover-up.

I must say that anyone who, knowing the above, claims that Joe Biden has received required majorities of legitimate votes to become a duly elected president is either stupid or willing to cover up the truth about the rigged elections that we have allowed to continue in America.

I am not going to analyze the stupid. However, I would like to look into possible reasons why an intelligent observer would opt for cover-up of election fraud if it did take place.

Reason 1: The election fraud–denier wanted President Trump to be removed from the Oval Office.

There were many individuals and groups who for more than four years have been desperately trying to stop Mr. Trump from becoming the president in 2016 and then, after his inauguration, to remove him by any means available. False charges of his collusion with Russia and other impeachable offenses were being thrown on him and investigated vigorously for most of his term as the president, to the tune of mass propaganda from the majority of the “mainstream” media portraying him as a monster, a dictator, a profiteer, a destroyer of the world order, and such. Obviously, the anti-Trumpers are not going to allow anybody to question the validity of the election of Mr. Joe Biden.

Reason 2: The election fraud denier-wanted a Democrat to be elected as the president.

Although any individual voter is free to vote for whomever he wants, when government officers let their personal political preferences override their official duty, then prerequisites for corruption are met. For instance, if judges or election officials refuse to seriously consider election fraud because of their affiliation with or support of the Democrat Party, then corruption has taken place. Not that the Democrat Party has a monopoly on this kind of wrongdoing, but it has gained notoriety as the party that cheats the most and the best.

Unfortunately, many of those in positions of power who could order serious and impartial investigations of the alleged election fraud and possible overturning of the results, if proven fraudulent or invalid, were concerned with a threat of violent riots of left’s militant organizations, like BLM and Antifa. Some could have been trying to save our country from a civil war or something equally horrible, while others were afraid for their own safety. As much as I disagreed with their decision to support the cover-up of election fraud, their position had a dose of rationality.

Imagine that you are a judge or a justice, and you have a family to feed and protect. Wouldn’t you be concerned that your controversial judgment may irritate BLM or Antifa into bringing their “protests” to your neighborhood and trying to harm your spouse and your children or burn down your home? It seems likely that without violence by BLM and Antifa earlier this year, the well orchestrated election fraud would not have stood a chance to be left uninvestigated. If a thorough investigation proved that the results were invalid, Mr. Joe Biden would not stand a chance of being declared the winner.

The above realization implies that we are seeing a dawn of mobocracy in the U.S. as a replacement for our Constitutional Republic as a form of government. That spells out bad news for virtually everyone, including even the mobsters. We need brave leaders who will put the safety of law-abiding Americans in front of these leaders’ personal safety and political interest.

Reason 4: The election fraud–denier wants to be “pragmatic” — that is, to accept whatever happened and go along with whatever comes out of it.

By doing so, the election fraud–denier makes himself a perfect target for all kinds of predators, social parasites, and control freaks. He does not realize that losing a battle does not require capitulation of the war, and that losing a war does not require surrendering the nation to the hostile power that waged it. Some election fraud–deniers of this kind go even as far as to insist that if we cannot (or don’t want to) fight them (the election fraudsters and power-grabbers), then we may as well join them. That may be a nice little trick that may work, to some extent, in low-stage games, but not when submission of a once free people to the power of the government that is not accountable to them is at stake. Such submission is almost always permanent, and the longer it lasts, the more difficult it is to abolish. Clearly, if the president is determined not by the will of the people, as prescribed in the Constitution, but by rigged elections under control of determined and ruthless cabal, then the president, and other elected officials, is accountable to the cabal and not to the voters.

Reason 5: The election-fraud denier was concerned that any serious investigation of election fraud might erode public trust in our elections.

Surely, many politicians who were not enthusiastic about how the elections 2020 were carried on, wanted to protect a"higher good," a public trust that our elections are free, fair, and honest. As much as such may seem on its surface a noble concern, it is based on a fallacy. It presupposes that public trust in elections integrity is far more important that the actual integrity of the elections, which it is not. For why would We the People agree to be cheated of our right to elect the president of our choice just to maintain appearances that we were not cheated of that fundamental right? True, our Constitutional Republic has not been perfect, yet so many of us wholeheartedly support it. But among other strengths, it has an exceptional ability to self-repair. That is definitely not a feature of any rigged election system; once in place, it has a natural tendency to get worse and worse until it is overthrown by its victims — a costly and destructive option that is less than certain to deliver the desirable results.

Moreover, concerns that any serious investigation of election fraud might erode public trust in our elections are in many cases hypocritical, as they often come from the very groups and individuals who were not concerned with weakening of the presidency by endless investigations of false charges against Trump or who spread the mass anti-Trump propaganda that grossly undermined public trust in the Office of the President of the U.S.

Why would we, without serious and thorough investigation, accept categorical assurances by election fraud–deniers despite mounting evidence that organized election fraud took place in 2020 and was widespread, while President Trump’s categorical assurances that he did not collude with Russians were deemed not enough so that all the false allegations against him had to be seriously and thoroughly investigated?

There is no good reason for us to accept these assurances. The Constitutional laws and processes that make this Republic have been weaponized to facilitate a grab of sweeping power by the transnational cabal that has long considered the U.S. as an obstacle to imposition of their rule over the world. Never mind that America’s $20+ trillion a year economy for grabs by the said control freaks would have been a sufficient reason in its own right. Now, it’s up to us, the American people, to resist the cabal and defend our freedom and the Constitution that stands for it.

As George Orwell wrote in 1984, “[w]e know that no one ever seizes power with the intention of relinquishing it.” So will our future rulers not relinquish the power they grabbed with 2020 election fraud, if we let them have their way? 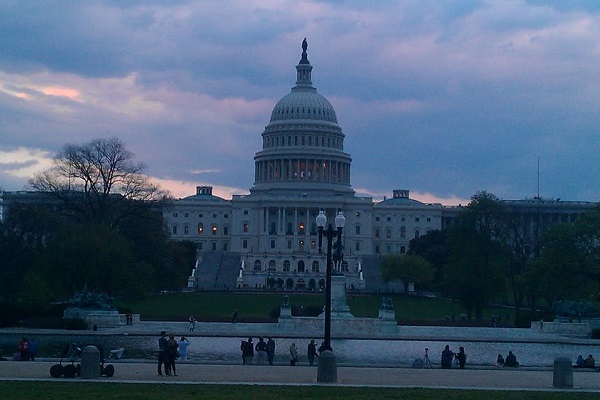 There were voluminous reports, from eyewitnesses and experts, of widespread election fraud in the so-called battle states and beyond.  Specific allegations were made, and evidence of election rules violations and statistical anomalies were...