I used to watch Deutsche Welle, but not anymore. It’s one of the worst propaganda stations of the collective west.

I agree. I only posted that one because of the coverage on the issue of referendum of annexation. I am wondering if that plan will work, but its pretty obvious they are overtly liberal in every sense, much like American Leftist media.

I don’t know… I just watched the first few minutes, but Ukraine lost thousands of men (“mercs” included) in Kherson and Khakov. The offensive is hardly a success.

The Russian advance in the Donbass, especially outside Donetsk, has been slow, because Ukraine fortified the region in the last 8 years.

Unlike the Donbass, the Kherson region is an open steppe land, so the same tactics may not apply for either side.

What the western media hates to report will be the scenes where the residents rejoicing and celebrating with the Russian flag.

I like Alex, he makes a lot of sense and I enjoy watching his videos.

Anthony Blinken is a failed musician who is masquerading as some important political piece. He is a joke!

Victoria Nuland needs to see the end of a rope and be swinging from a tree. This evil POS is worse than Hillary Clinton and has caused more deaths than anyone to date.

“Neo-Liberal Globalism” Ukraine is the playground for these Neo Liberals.

I am still confounded why the Russian Air-force has not provided more support for ground troops. This probably explains the stagnant and slow advances and dragging out the war. I also have to wonder if the Russian Air-force is equipped to carry on the type of sorties that is required without experiencing heavy casualties to their fleet.

This is what Alex was talking about. Dam! Lavrov went scorched Earth on UN members “Of course you won’t punish yourselves”. JORDAN PETERSON: It’s naive to think the Russians are going to lose and we’re going to win

“We can’t win against Vladimir Putin. We sold our soul for his oil and gas and we did that to elevate our moral stature in relationship to saving the planet”

"We’re saving the planet? It doesn’t look like it to me…

“It’s not that you love the planet, it’s that you hate humanity.”

Dr Jordan Peterson thinks “we sold our soul to Putin” for “moral presumption”.

Former Ukrainian President Poroshenko said it best. The Minsk Accord was a deceit from the getgo, because Ukraine wanted to gain time to build fortifications in the Donbass, while PRETENDING to negotiate with Russia.

Makes sense and its not surprising given what we know about today’s politicians. They are all snakes looking to score political points with their own agendas.

I don’t know. Russia lost some aircraft early in the conflict and changed its ways of engaging its airforce.

Maybe Russia is restraining extensive airforce use, until direct engagement with the NATO.

Probably use of drones (a new phenomenon never seen before) is much cheaper and won’t cost human lives. I heard Russia is now using Iranian kamikaze drones, akin to US Switchblade drones.

Probably use of drones (a new phenomenon never seen before) is much cheaper and won’t cost human lives. I heard Russia is now using Iranian kamikaze drones, akin to US Switchblade drones.

Yes I heard that as well, but from what I read Ukraine still has a formidable air defense system reinforced by US weapons technology still in tact. The point is if the war is going escalate and make decisive advances, Russia is going to have to employ its Air-force with strategic precision to take out various targets. I just don’t see how they can possibly succeed without taking over the airspace over the country. Its almost every military’s first objective during times of war.

Pretty good article explaining the stupidity and hubris of the west who essentially created this war not Russia. 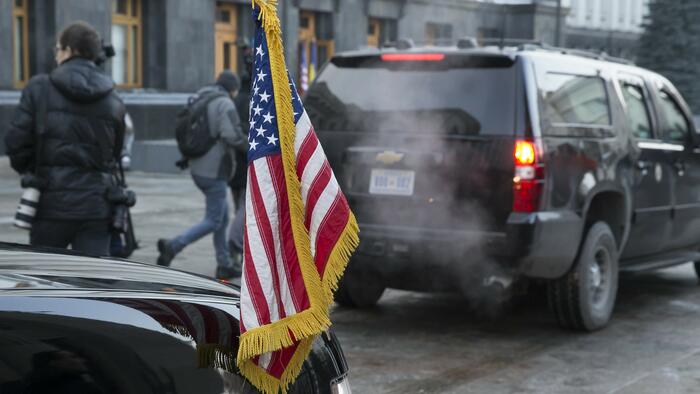 It's worse now. Russia is not Iraq.

I forgot who said it, either Scott Ritter or Colonel MacGregor, but it makes no difference.
Russia is not a bunch of goat herders armed with light weapons.

Since the days of Peter the Great, Russia has always looked up to the west as a model for a better society. But not anymore, given the woke craziness in the west.

Patrick Lancaster
(Former US Navy, I think, who now lives somewhere in the Donbass. His videos can be found on odysee and other channels)

The more Ukraine commits acts of terrorism, the more people will vote for joining Russia. There are more supporters in Kherson of Ukraine than in Donetsk and Lugansk where nearly 100% of people want to joint Russia.

Make sure the button for English subtitles is on. 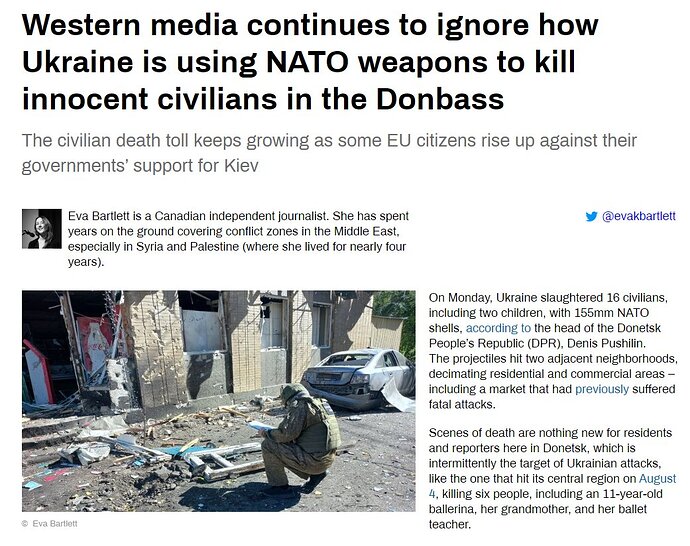 When I look at this video, I wonder how many independent self proclaimed journalists such as these are there making similar videos in search for opportunity to become legitimate YouTube stars. This guy is not Alex and seems rather stilted in his presentation.

The usual suspects are saying they will never recognize the votes. 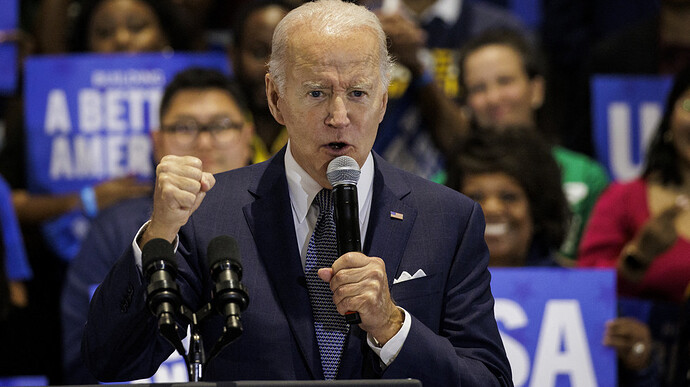 The US and its allies will work to punish Moscow for the referendums in Donbass and the two Russian-controlled regions, Biden says 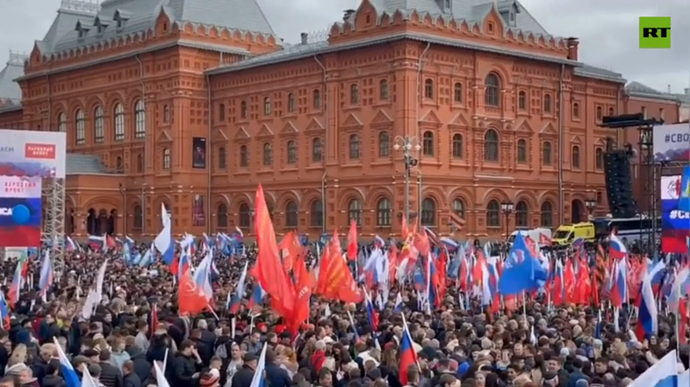 It begs the question how the hell does Biden know the result of the referendum?

(Proof that the Deep Staters already know the majority of Russian speakers there want to join the Russian Federation.)