WASHINGTON (AP) — President Donald Trump on Friday abruptly fired the inspector general of the intelligence community, sidelining an independent watchdog who played a pivotal role in his impeachment even as his White House struggled with the deepening coronavirus pandemic. 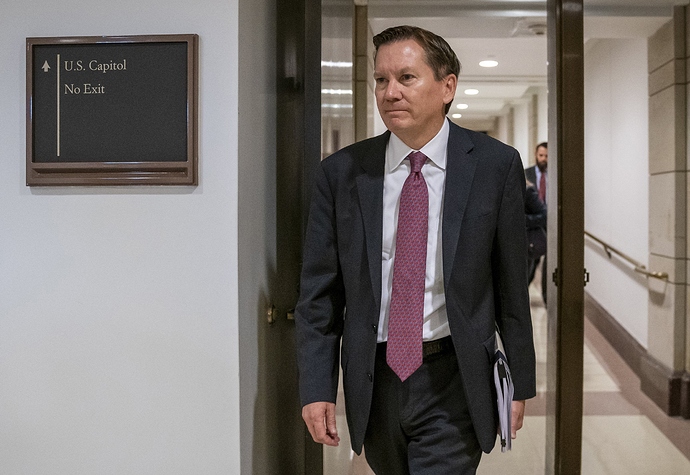 WASHINGTON (AP) — President Donald Trump suggested that he fired the inspector general for the intelligence community in retaliation for impeachment, saying the official was wrong to provide an...

He should just fire everyone in the intelligence community. The clearly do absolutely nothing but waste money fucking up this country and plenty of others.

I see that while we are in the middle of a pandemic Trump is taking time to illegally exact revenge on people he insanely believes are against him. This man was doing his job as the Inspector General.

Ok let’s rephrase this. What on gods Earth makes you believe that? Especially when every reasonable person left and right know that the impeachment fiasco was one Giant hoax! Holy crap! Talk about cognitive dissonance your statement takes it to another level!

Yup, firing useless bureaucrats is what we hired him to do. Deal with it.