Trump Could Be Losing Georgia With a Veto

The house just passed a disaster relief bill that Trump has publicly says he does not support. It includes disaster relief for the past years multiple events. Many of the South Georgia farmers were devastated my Hurricane Michael and have seen no federal disaster relief. David Perdue is running for reelection this cycle, and is Trump’s biggest supporter in the Senate. He is under immense pressure to deliver aid to this area, and many of the farmers are on the cusp of losing everything. The reason Trump is against the bill is because there is aid to Puerto Rico. This has been the sticking point all along with the senate, but they came to a compromise, but Trump wants no more aid sent to PR. If the Senate cant get the house bill through or if Trump wont sign it…he is really diminishing his chances in GA come 2020…and could take Perdue down with him. S GA generally is more republican than the more urban and suburban areas…and if these people don’t get some aid soon…they could be lost.

I too have been paying attention to the disaster relief bill.

Trump has been out there lying about how much has been spent on Puerto Rico and blaming the problems with passage on the Dems wanting to take money away from Florida and give it to Puerto Rico.

I believe that there is another issue going on with the bill. It is likely to be the only legislation that will pass in the near term. Senator Shelby (Senate Appropriations) had worked out a compromise and Trump has nixed it. There have been some scenes with VP Pence. One of Trumps demands, other than damaging Puerto Rico more, is to add a very large amount of funding for his border wall.

The CV is that damaged people expect their reps to get them aid after disasters and they blame the elected officials who fail to get the aid. Should the farmers in South Georgia lose everything, one would expect them to have a throw the bums out mentality. All of the bums in question are GOP.

The GOP delegations from TX, FL, GA and soon to be midwestern flooded states have a lot of GOP incumbents.

I do not understand how one votes GOP, other than race and tribalism. In the past, letting disaster victims fend for themselves has been enough to change votes.

The historic analogy that is on my mind is the 1920s and the Great Depression, of which the Dust Bowl was a part. The GOP was very strong in the 20s and allowed the markets to destroy themselves and then did a very poor job of responding to economic collapse. There was also a large amount of racism and isolationism driving politics. Hoover’s inability to deal with the collapse did change how people voted for decades.

I have been surprised at how resilient our economy has been to Trump’s bonkers policies. My belief is that he has been damaging the country either because he is a sadist, or because he is an idiot, and that this will come back to damage him. There is not much evidence that my belief will prove out to be true. However, the damage is getting more severe and more widespread and is in a lot of red states. I have not abandoned my belief.

I saw the devastation of the Florida panhandle from Hurricane Michael in early February. They’ll buy Trump’s excuses I’m afraid.

At a Wednesday rally in the Florida Panhandle, Trump said he would secure $448 million to help with recovery from Hurricane Michael.

In south Ga there isnt any racial group to blame. If Trump torpedoes the disaster aid package and farmers lose their livelihood, there is no one to blame other than Trump and his toadies, David Perdue being the biggest one. If you monitor local media around here it is obvious that Trump has Perdue between a rock and a hard place. He is franticly trying to get something Trump will sign while in public he is already making excuses such as the democrats holding aid hostage. That went out the door when the house passed their bill. 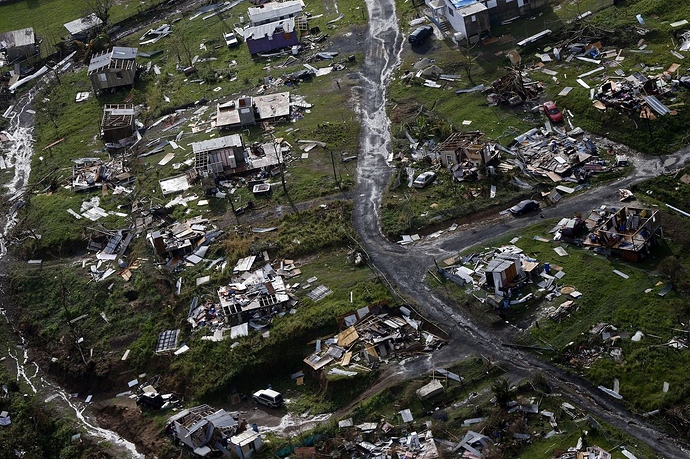 But he threw a roll of paper towels.

It will never be enough. The Mueller’s report that they have wanted all along was not enough for them to drop “muh russian puppet” narrative. Almost 3 years of uninterrupted prosperity and growth were not enough for them to stop demanding his private tax information, that he openly talked about in various books, TV shows and interviews.

They want to be “right” for all the wrong reasons. Even whats “right” doesnt matter to them, only whats “righteous” in their twisted minds severely infected by TDS. What do they truly want? This: 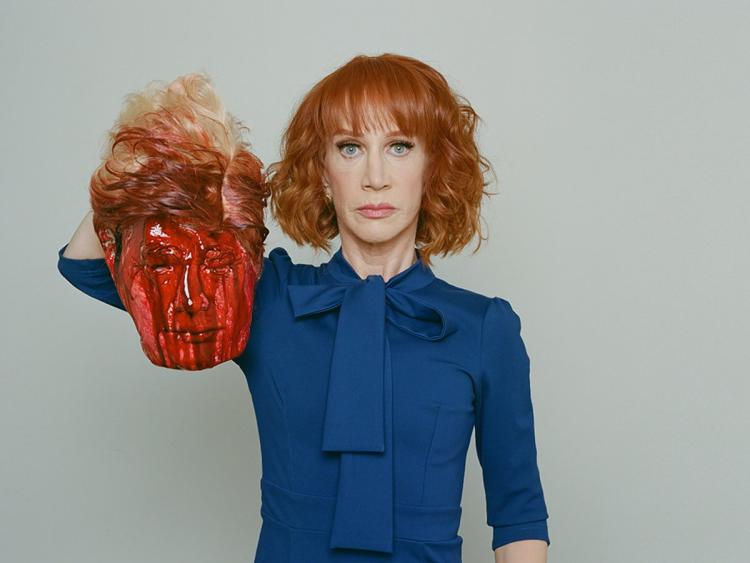 But he threw a roll of paper towels.

Puerto Rico was a catastrophe of corruption, mismanagement, incompetence and ignorance long before Hurricane Maria !

Puerto Rico prior to 2014, when the island faced $74 billion in debt and more than 54 billion in unfunded pensions. Puerto Rico’s roads, bridges, dams, ports, hospitals, water treatment plants and more have been decaying for years

In May 2016, just more than a year before Hurricane Maria struck Puerto Rico, the Atlantic published an article alleging that even without damages caused by hurricanes or storms Puerto Rico was heading for crisis with a huge human toll of man-made causes.

Less than one month after begging the United States government for $94 billion in taxpayer-funded federal aid for Hurricane Maria recovery, Puerto Rico Gov. Ricardo Rossello Nevares paid out a lavish $113 million to the island territory’s government employees in the form of Christmas bonuses.