The Democrats and other Trump-haters must be frantic. President Donald J. Trump has managed to get a 53% Approval Rating despite the obstruction of the left and the lies of the fake news media. 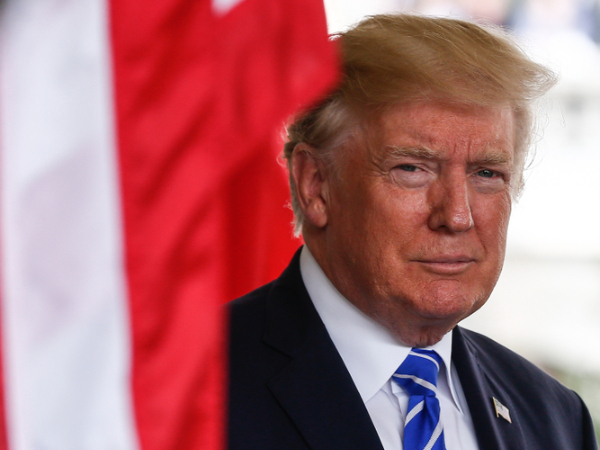 I consider myself to be a Trump supporter but I’m not really clear on how his approval rating can be at 53% with immigration being as bad as it is.

The illegal immigration problem is not driven by Trump. Though he did end the automatic separation of families instigated by Obama and seemingly cause an increase in the use of children (real or rented family members) in efforts to get in, he has demonstrated that he is staunchly against illegal immigration.

Knowledgeable people realize this. They also realize that we do not have a dictator government and that Trump continuously has his wings clipped by the Democrat Party and liberal activist judges who all put the advancement of liberalism before the Constitution and the protection of ‘we the people’.

I have seen numerous polls with near 53/47 results on various issues regarding what President Trump is doing or trying to do. I doubt his approval rating will get much over 53%. I believe the 47% consists of people with Trump Derangement Syndrome due to the traumatic effect of Hillary’s loss in 2016. They will never favor Trump.

I’m not really clear on how his approval rating can be at 53% with immigration being as bad as it is.

He is neither a king, nor a dictator.

He is exposing the RINOS and the leftists as the obstructionists that they are.

I understand the dynamics of the immigration issue as well as the next well read person. Am I an expert on immigration? Nope - not by a mile. I just don’t buy the argument that this is all on Congress. We have seen Presidents in the past ban entire categories of people. Jimmy Carter did this after the Iranians stormed the Embassy.

If I were in a mostly lib forum, I would make an avatar with a big 53 on it.

Jimma Carter was a Democrat.

The Democrats had a wide control of the house and had 60 votes in the senate.

Liberal activist judges thought that son of a bitch walked on water.

Trump tried that. Multiple times. And was met with liberals inside Federal Courtrooms at every turn who said it was Unconstitutional. Because apparently Federal Courts are now a placeholder for the Supreme Court.