Thwarting the Next Attack on the Capitol

Thirty shots rang out in the U.S. Capitol around 2:30 pm. Bullets struck five House Reps, all of whom survived, thanks in part to the valiant response of House Pages.

If that sounds different from news accounts of the events of 6 January 2021, it is because the event briefly described above occurred on 1 March 1954, when four Puerto Rican nationalists fired the shots from the visitors’ gallery while unfurling the Puerto Rican flag. The assailants were all eventually apprehended, tried, and convicted and were serving long prison sentences commuted by President Jimmy Carter in 1978 and 1979.

The three men and one woman who gave half their lives were heroes to Puerto Rican nationalists and anti-imperialists but vile, failed assassins to those who wanted to maintain U.S. hegemony over the island it had taken from the Spanish Empire in 1898. Importantly, most of those who had given little thought to Puerto Rico’s status and likely could not find the island on a map also deprecated the attack because of the level of violence unleashed.

Of course the people who some Americans still proudly call Patriots were nothing more than nationalist rebels to the Tories. Had the Patriots lost the Revolutionary War, they would have at best suffered the same fate as the Confederate Johnny Reb. George Washington would be remembered today as a scoundrel and an enslaver and his sidekick Alexander Hamilton would have never spawned a hit musical. (Recent rumors of Hamilton’s slaveholding, incidentally, remain empirically baseless.)

“Praise and blame” historians call it. One partisan’s hero is another partisan’s zero.

That is why it is so important for true supporters of “law and order” like myself to identify and reduce the causes of political violence before it becomes too late. In mid-March, I predicted rebellions if lockdowns continued for too long and many mass demonstrations, some quite violent, occurred throughout 2020 in many nations including, of course, our own. I also warned in December that trouble would ensue if the Supreme Court refused to hear the Texas election lawsuit … and here we are. If only the Capitol police had heeded my warnings they could have taken more effective precautions.

It isn’t terribly difficult, actually, to see trouble brewing. All it takes is a little theory and some empathy. Theory, like one laid out by Eric Hoffer, suggests that frustration breeds violent protest. Frustration isn’t measurable precisely but if you listen to what people — real people not TV pundits — say, and think about how you would feel in a similar situation, you can start to get a sense for genuine frustration.

Many Patriots, for example, felt that British policymakers were unresponsive to their concerns about how Imperial tax and monetary policies had led to the impoverishment and hence imprisonment of many colonists following the French and Indian War. They beseeched London elites not to tack the Stamp Act onto their many woes but were met with disdain. They won that one, with some violence and many threats, but the British soon piled on additional regulations. The colonists responded with remonstrances, trade embargoes, and so forth, but after the Boston “Massacre” (Patriot propaganda of course) and the mob insurrection against tea in Boston Harbor (British propaganda), violence soon escalated into full blown war.

Puerto Rican nationalists were also frustrated. The island had gained some de jure independence from Spain in 1897, the year before the Yankee empire invaded and claimed jurisdiction over it. It took over half a century for the United States to grant limited autonomy to Puerto Rico, a reform that did not go far enough for nationalists, who in late October 1950 openly rebelled in several important towns and cities, including San Juan. Puerto Rican police and troops, bolstered by US military forces, quelled the uprisings, which resulted in scores of casualties. On 1 November, two Puerto Rican nationalists attacked President Truman in the Blair House, his temporary residence while the White House was being renovated. One LEO was killed in the attack, as was one of the attackers, while the other was captured, convicted, and imprisoned.

Unscathed in the attack, Truman supported a plebiscite on Puerto Rico’s status but, crucially, independence was literally not on the ballot. Nationalists boycotted the election, which overwhelmingly endorsed commonwealth status for the island. From their perspective, the election had been stolen even before it was held.

None of that background excuses the 1954 attack but it does explain why some nationalists were frustrated enough to resort to violence. The same could be said of the small minority of peaceful protestors who attempted to overrun the White House in early June 2020. As I then wrote, those calling for redistribution of resources away from the police were rightly frustrated by continued state violence against poorer Americans, especially those of color, and offered a path toward reducing governmental power without encouraging criminal chaos.

As for the events of 6 January, every politico lays blame on somebody else and moralizes instead of admitting their own role in causing, or at least not allaying, the frustrations that undergirded the attack. (All federal politicians should resign and donate their entire net worths to the Treasury because all are abject failures … but I won’t hold my breath on that.)

I have bad news — much like my news that 2021 would not necessarily be better than 2020 — things could get much, much worse. If you thought recent events were scary, imagine a million or more armed Americans storming the federal zone in DC and burning it to the ground regardless of upgraded security measures. ( Vide the apparently insufficient 2017 upgrade.) That is not yet a prediction, and is certainly not a wish, but the probability of such an event is palpably higher than it was just a year ago.

To reduce the probability of such a horror, America needs real statesmen (leaders of any gender who seek to implement rational policies instead of engaging in constant partisan pandering) to emerge from this mess. Real leaders should:

1. Not use the attack on the Capitol as an excuse to further erode civil liberties. In fact, they should encourage frustrated individuals to engage in peaceful protest, like burning effigies, that is more cathartic than mere virtue signaling via haberdashery or social media posts.
2. Stop lying about Covid-19. Read the Covid-related posts on this website for the last year for details.
3. Lay bare the fact that most policy proposals redistribute resources from one group to another and encourage open debate about the tradeoffs involved.
4. Focus policy on reducing frustration, even if that means cutting the power of corporate or party monopolies and duopolies, unions, and the government itself.
5. Chastise every media outlet that engages in partisan hyperbole and encourage the reestablishment of trusted, nonpartisan news sources.
6. Chastise politicians who call for metaphorical “wars” on everything and anything (including viruses!) and constantly use martial words like “fight” when they really mean “work on behalf of.”
7. Pass reforms that reestablish trust in elections. (I have long advocated a Constitutional amendment to tie representation in the House [and hence Electoral College weight too] to the number of people who cast ballots rather than on the number of residents, which frankly is already a tricky concept that will get trickier as online work becomes more common. This would give states incentives to encourage voting but also implicate the Census Bureau as a federal check. But other possible reforms abound.)
8. Insist that any other reforms, say of SCOTUS, be completely nonpartisan by, for example, having any additional justices chosen by the next administration or, better yet, a random draw from a qualified group.

Do any such real leaders exist in 2021 America? I doubt it, but sometimes existential threats birth greatness. 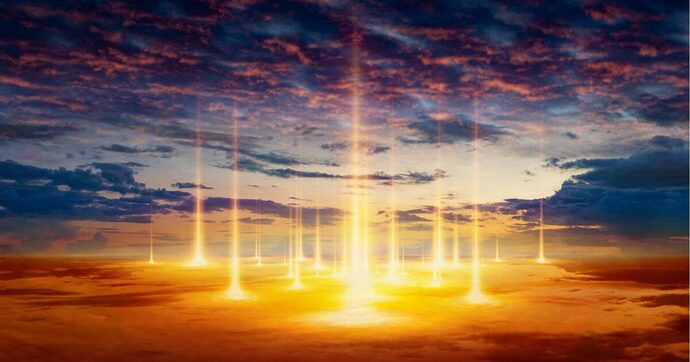 Thwarting the Next Attack on the Capitol

"To reduce the probability of such a horror, America needs real statesmen (leaders of any gender who seek to implement rational policies instead of engaging in constant partisan pandering) to emerge from this mess." ~ Robert E. Wright

Say what???.. we were attacked by ricans?

This is how they are going to thwart the next attack! 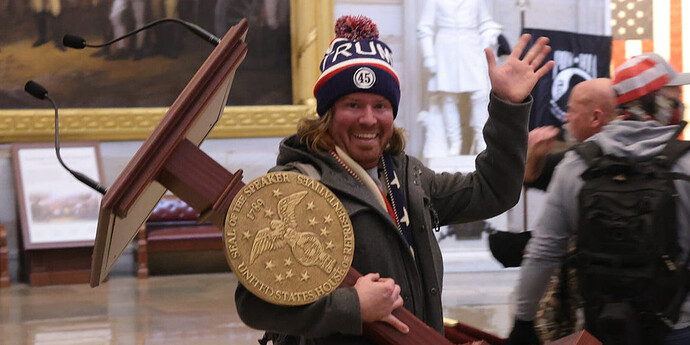 “Domestic Terrorism” is clearly where it’s at in early 2021, so we can expect a brand new law regarding it…probably by March, at the latest.

it is because the event briefly described above occurred on 1 March 1954, when four Puerto Rican nationalists fired the shots from the visitors’ gallery while unfurling the Puerto Rican flag

Now back to the demonstration in DC?
What was missing from the democrat response, the media explosion and now the comments from the right?

WHY DID THIS HAPPEN???

We come back to the sam thing today, politicians both parties ignore the reason for the altercation. It’s wasn’t anything Trump said. It’s still all about the elevation, the allegations of fraud and the possibility of fraud.

things could get much, much worse. If you thought recent events were scary, imagine a million or more armed Americans storming the federal zone in DC and burning it to the ground regardless of upgraded security measures.

Until the allegations are investigated by an unbiased source people will remain pissed and the potential that to may get worse gets closer to reality. Our reality today is the media is beyond biased, the fraud exists and both sides are beyond partisan backs of each other. Nan’s impeachment game will do nothing but fuel the fire and bring the day closer.