Thomas Jefferson is no longer in the room where it happens.

Art handlers packed up an 884-pound statue of Jefferson in a wooden crate Monday after a mayoral commission voted to banish the likeness of the nation’s third president from City Hall where its resided for nearly two centuries — because he owned slaves.

About a dozen workers with Marshall Fine Arts spent several hours carefully removing the painted plaster monument from its pedestal inside the City Council chambers and surrounding it with sections of foam and wooden boards.

They then lowered the massive structure down the stairs leading to the building’s first-floor rotunda with a pulley system and ushered the Founding Father out the back door. 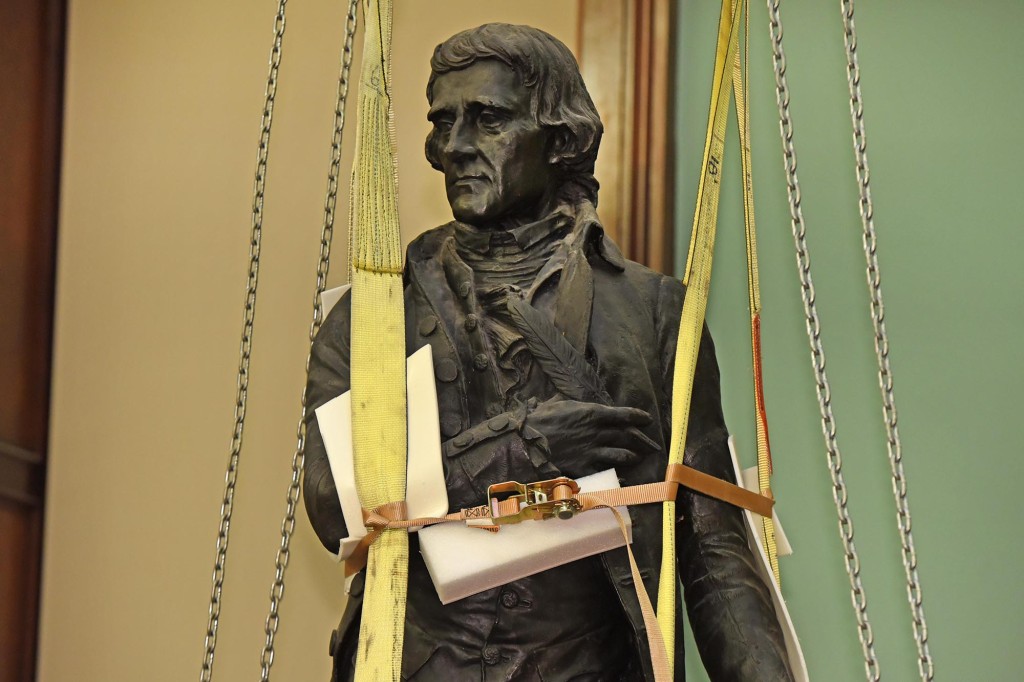 The statue of Thomas Jefferson was taken out of City Hall today.

The 1833 statue will be on a long-term loan to the New York Historical Society, which plans to have Jefferson’s model survive in its lobby and reading room.

Keri Butler, executive director of the Public Design Commission that voted to banish the statue, at first tried to block the press from witnessing its removal. Butler relented after members of the mayor’s office and City Council intervened.

The commission also attempted to vote on the statue’s removal without a public hearing on the controversial move until The Post revealed the plan. 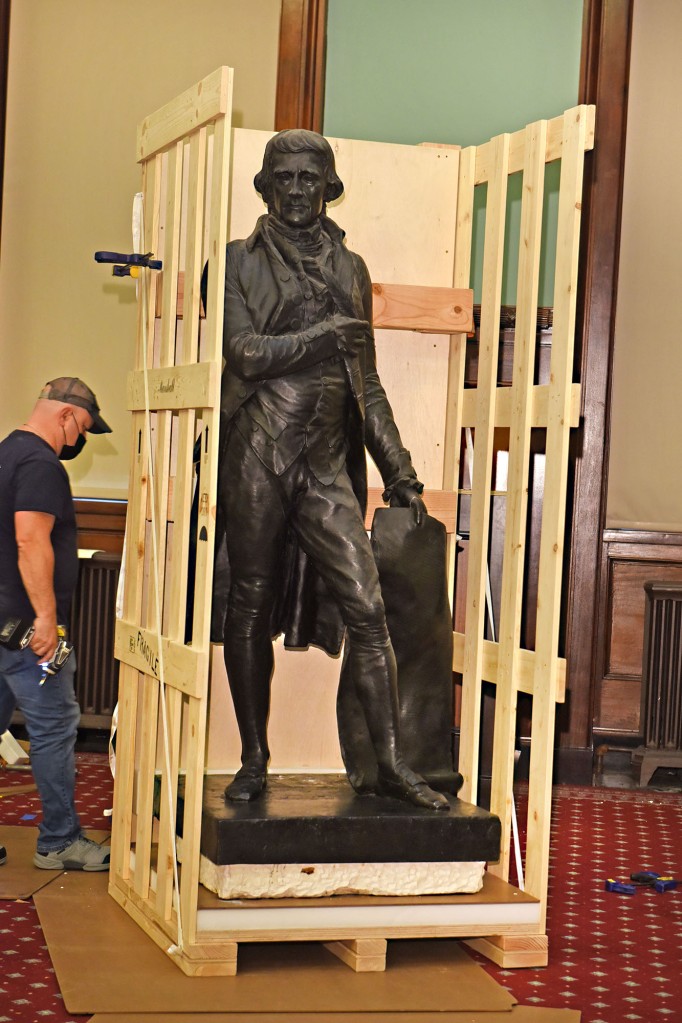 The statue of Thomas Jefferson is being put into a crate to make sure it does not get damaged.

“Removing a monument without a public conversation about why it’s happening is useless. New Yorkers all need to talk about who we want to honor and why,” said Erin Thompson, a professor at John Jay College of Criminal Justice who authored the forthcoming book “Smashing Statues: The Rise and Fall of America’s Public Monuments.

Thompson said the removal could spark a broader understanding of history.

“Moving this statue doesn’t mean New Yorkers will forget who Thomas Jefferson was — but some of them might learn from the controversy that the man who wrote ‘all men are created equal’ owned over 600 of his fellow humans,” Thompson said. 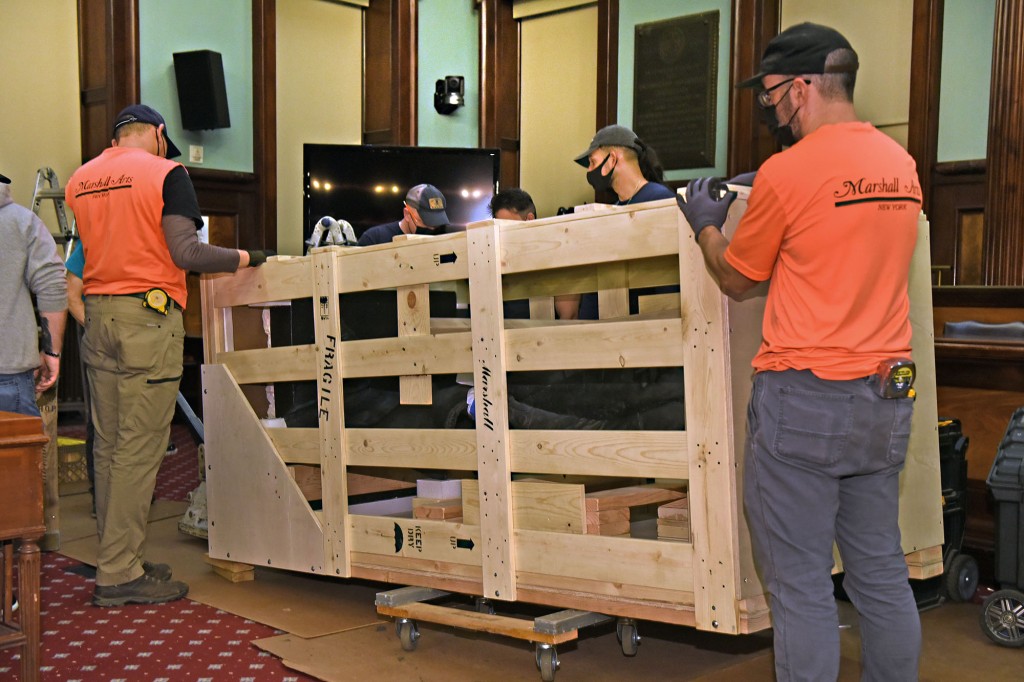 The statue of Thomas Jefferson will be moved to the New York Historical Society.

Members of the City Council were split on the statue’s removal from its chambers.

The original bronze statue, by sculptor Pierre-Jean David, is still on display in the Capitol Rotunda in Washington, DC. The plaster replica was gifted to City Hall by naval officer and Jefferson admirer Uriah Phillips Levy in 1834.

That should fix everything. Statues are evil.

It really speaks to the condition of this once great nation today.

That should fix everything. Statues are evil.

And racist as hell , they have the WOKE running for their safe place .

They cleared a spot for a Karl Marx statue.