There are no work requirements in Biden’s new safety net

Since bipartisan welfare reform passed in 1996, parents seeking cash assistance from the federal government have had to work, look for work, or attend training or education to prepare them to work.

This requirement has led to a leap in employment, higher earnings, and lower poverty for struggling families. Since welfare reform took effect in the late 1990s, according to recent research by University of Chicago and AEI economist Bruce D. Meyer and his colleagues — who are part of a working group spanning 11 government agencies and dedicated to creating a new accurate set of poverty measures — the share of American children living in poverty has fallen from 13.3 percent to 3.7 percent.

Welfare reform’s goal to help struggling parents find jobs and earn an income to lift their families out of poverty was accomplished by a combination of employment requirements and generous government supports for working parents.

But now, Democrats, led by President Biden (who voted for the 1996 reforms) and Senator Michael Bennet of Colorado, want to end all that. Their welfare plans, specifically the new Child Tax Credit, would send money to parents regardless of the efforts they make to work or develop new skills. 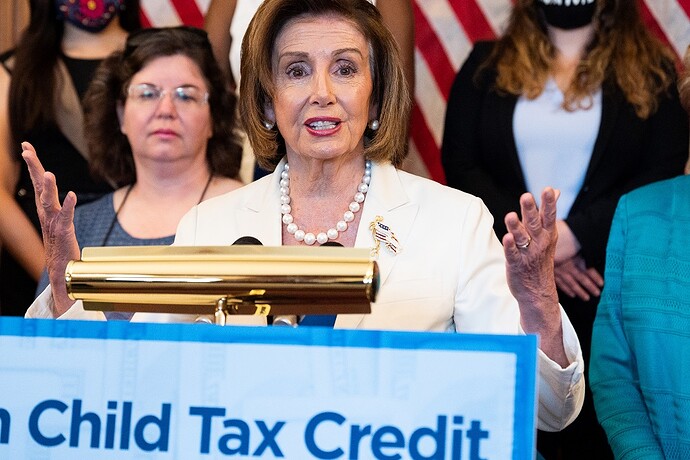 Fortunately, one Democrat is daring to say that both work and support are needed to help struggling Americans move up.

Last Sunday, Senator Joe Manchin, a Democrat from West Virginia, voiced his concerns about the lack of support for employment in the Child Tax Credit: “There’s no work requirements whatsoever,” he said. “There’s no education requirements whatsoever for better skill sets. Don’t you think, if we’re going to help the children, that the [parents] should make some effort?”

Work requirements for parents receiving public aid lead to better outcomes for their children. These improvements go beyond family income. Since welfare reform, the poorest children have had higher graduation rates, better access to health care, and better economic mobility when they grow up. These gains have resulted from our dual emphasis on work and support.

Now, leading Democrats contend that struggling families just need more money. But the success of welfare reform — which I saw firsthand as a social services administrator for both New York State and New York City — showed that what struggling Americans needed most were jobs, affordable child care, support from non-resident parents, and help with underlying issues, like substance abuse and mental health.

President Biden’s plan to give “working families a fighting chance again” doesn’t include any of that. And making the $300 per month per child credits fully available to all, regardless of income, does not particularly help “working families” because non-working parents with no income still receive the same cash benefits.

Under the Biden plan, the IRS will send out billions in cash aid, yet never see the people it serves, or help them find work, or ensure that their children are in school or appropriate day care. If these monthly federal checks keep flowing, the IRS will complete its transformation into America’s principal welfare agency, a role our federal tax collectors were never meant to play.

Three hundred dollars per child might seem like a small amount, but it’s added cash on top of the non-cash government aid already going to non-working families. All these benefits accumulate to make employment less attractive to parents receiving aid.

If we add up the non-cash federal aid currently available to able-bodied parents who could be working but aren’t, the total value is not insignificant. A family consisting of a single non-working parent and two kids, can receive up to $535 a month in SNAP benefits on their EBT card to pay for food, including unhealthy but popular products like sugary soda and salty potato chips. These products contribute to child obesity, which public health experts say is the most serious health problem for poor children, far outpacing COVID-19.

But that isn’t all. A non-working family of one adult and two kids in West Virginia, Senator Manchin’s home state, have cost the state and federal governments about $670 on average per month for full health insurance coverage from Medicaid. Such a family could also receive housing aid, which averages $810 per month in federal aid alone, on top of any state government aid.

So without taking into account all the other kinds of aid available to a non-working family of three, we have $535 in food aid, $670 in health coverage, and $810 in federal housing assistance. This is an expenditure of almost $2,015 a month (or $24,180 a year) for a non-working family. The new Child Tax Credit adds another $600 per month ($7,200 a year) in cash to the family’s resources without any work requirement.

So, with all that aid, why work? No wonder Senator Manchin is so worried, as the availability of public benefits for non-working adults in his home state of West Virginia has led to a labor force participation rate that’s the lowest in the country.

The single most important aspect of America’s safety net program were work requirements for cash welfare which encouraged struggling parents to find jobs. But today, Democrats are undermining that essential program by offering comparable cash benefits, without any requirement for parents to provide for their families.

I hope Senator Manchin keeps speaking out and objecting to a radical policy change that undermines years of success and this most important lesson: Struggling families need both work and support to rise out of poverty .

Robert Doar is the president of the American Enterprise Institute where he is also the Morgridge Scholar. 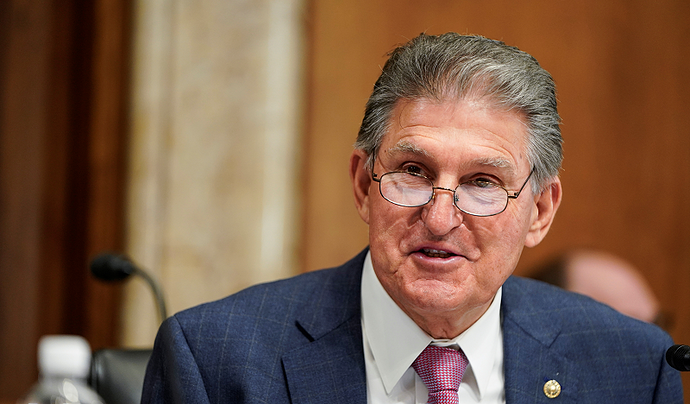 You're right, Senator Manchin: There are no work requirements in Biden’s new...

The single most important aspect of America’s safety net program were work requirements, which encouraged struggling parents to find jobs. But today, Democrats are undermining that essential program by offering comparable cash benefits, without any...

Nothing new for the job eliminating party -WHY WORK

Sen Manchin will incur Pelosi’s wrath for not being in line with the Dems and call a DINO.NO campaign money or appearances for him.
More insurance for them to vote for Dems.

Who wouldn’t want a TAXPAYER Allowance like this. Mo drugs, Mad Dog, and guvment cheese

They are gearing up to introduce the Universal Basic Income, this is when they have DESTROYED ALL small to medium businesses and so MILLIONS will be FORCED to have the Government giving them money and then within say 2 years they will introduce the Chinese Social Credit Score, which is you behave yourself and get THOUSANDS of vaccinations, do NOT speak AGAINST the Government, do NOT do Wrong Think, GET WOKE, become Transgender or ELSE you get NO money and you can starve to death etc