The Whistler Blower Indentity is Being Revealed

There is is some interesting reports coming out today today about the possible identity of the whistler blower, and to our Commiecratic associates that is not a good look. What is being reported is that he previously traveled to Ukraine, worked for Biden, and was previously fired by the Trump administration. This plot thickens, as more is revealed to the true nature and motives of a guy, whose lawyers now have requested not to testify in person. Yeah right! (Sarcasm) In a nutshell, the entire impeachment charade is unraveling faster than a kitty with a ball of yarn, and the Democrats know it! 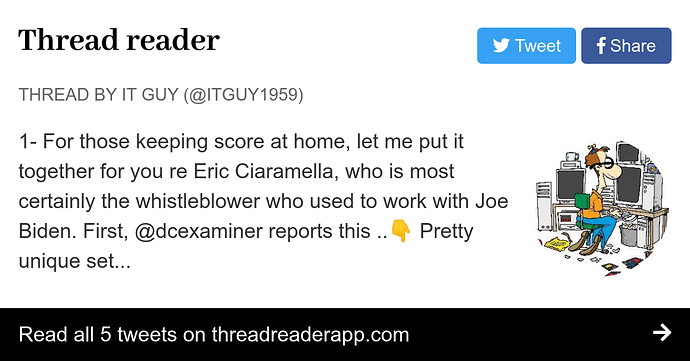 Thread by @ITGuy1959: "1- For those keeping score at home, let me put it together for you re Eric Ciaramella, who is most certainly the whistused to work with Joe Biden. First, @dcexaminer reports this .. Pretty unique set of characteristics. washing... 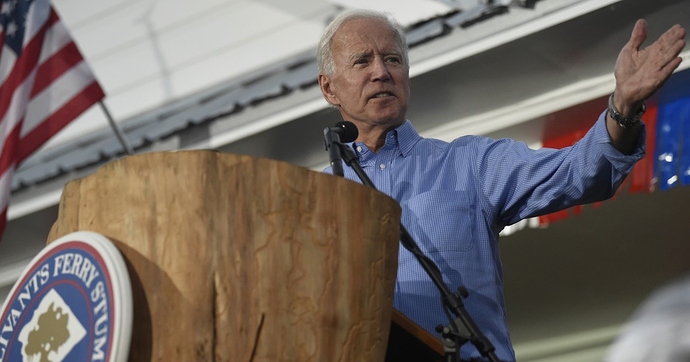 Joe Biden worked with whistleblower when he was vice president, officials reveal

The 2020 Democratic candidate with whom the CIA whistleblower had a "professional" tie is Joe Biden, according to intelligence officers and former White House officials. A CIA snitch filed a whistleblower complaint on August 12 over President Trump’s July 25 phone call with Ukrainian President Zelensky where the two discussed ferreting out corruption which included the Biden crime family. ** The so-called...

Internet sleuths may have identified the so-called 'whistleblower' that made claims regarding the President's call with Mr. Zelensky as Eric Ciaramella

More on the Whistler blower and his legal team’s ridiculous request!

If Accurate, The Impeachment Game is Over – Fake Whistleblower Lawyers Now...

If the whistleblower isn’t revealed, how can we not think Dems will defraud our elections. The amoral don’t believe rules or laws apply to them . We need to demand election transparency or full video surveillance. They’ll stop at nothing to assure their power.

how can we not think Dems will defraud our elections.

Since when has election fraud concerned you guys…

Really, and now there’s another whistleblower who’s identity IS already known who had the courage to testify today, even though the White House tried to prevent her from doing so.

Marie Yovanovitch told lawmakers that the State Department’s No. 2 official informed her that, although she had done nothing wrong, President Trump had lost confidence in her and that the department had been under significant pressure to remove her since mid-2018.

Yovanovitch was opposed to Trump’s ambition for the Ukrainian government to investigate American citizens. She had to be removed.

There is a thread just posted on Yavanovitch! She is going to be facing charges soon, and was purposely left in her position so that she would be caught in the act! So much for your lame theories!

Impeachment is political. You don’t think there was any bias to Clinton’s impeachment…

Doesn’t matter if the allegations are TRUE. Thus investigation will tell. Remember there were others that passed along information. The IC needs those people to testify.

Yes it does matter! Trying to frame your stupid argument on being political is irrelevant! This is where your shear ignorance shines right through of never having worked in the Federal Government and being blatantly obtuse about how such protocols and the law works! Yours is just an opinion based on bias of the news sources you read! It is evident you have no idea what you are talking about, yet again!

What comes out of Monte’s mouth on a daily basis!

No just a blue dress.

Some people will always argue the sun rises in the west.

This is getting absurd! No president was ever impeached by some writing a letter! Very weak!

The Ukraine whistleblower at the center of the House Democratic impeachment inquiry wants to testify to Congress in writing instead of appearing in person, Fox News has confirmed.

If the Dems accept that, it sets a precedent that testimony need only be in writing. That would be disastrous on so many levels. With no ability to cross, folks from the WH could simply send it in “I din see nothin”. Yeesh.

Yeah! They know walking a fine line between hyperbole politics and legal jeopardy is bound to ensnare them in their own trap! Testifying under oath gives away the ability to control the narrative, with written testimony their aim is to keep the hoax going. This smells more of desperation more than anything when the Biden scandal is revealing more corruption daily that is destined to destroy the Democrats credibility (what’s left of it

) and all they have left is keep the public focused on impeachment than the bigger issue of implicating a lot of people including the Clintons!

More on the absurdity of Schiff’s shiftyness! 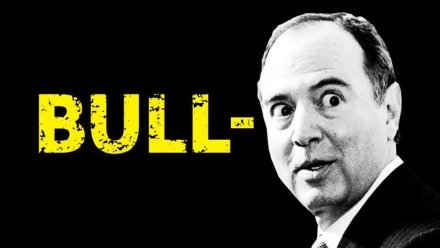 Well, this was entirely predictable.  First the impeachment strategy needed the anonymous CIA gossiper to testify.  Then it leaked about how HPSCI Chairman Adam Shiff and his Lawfare staff actually…