The UK Police Are Trying to Censor This Video

The other cucked nation in Europe, the UK, where it seems killing is OK on the streets. The UK police are trying to censor this video. Hmm? I wonder why? Doesn’t play with their cuckery that guns are bad and no one should have the right to self defense.

I’m waiting for the white dude to get arrested for assaulting a migrant child.

That is pretty bad. Good reminder to support the Second at all cost.

Funny how it’s a white guy who was trying to stop the stabbing. That must be the white supremacy that I keep hearing so much about.

That’s what happens when Merkel invites millions of migrants from Africa and the Middle East into Europe get used to it, diversity at it’s best.

These are most likely Tony Blair’s guests

Where were the police? I though the UK was under a constant state of surveillance. The cops should have been in there in no time so they could let the poor child with a knife finish expressing himself in his own culturally appropriate way.

The police want to censor the video because it proves that multiculturalism doesn’t work. It also shows that the “hands off” approach to policing animals from the turd world doesn’t work.

See, where I live ( PA’s Coal Regions ), if some knuckle dragger comes at me with a knife, well, I guarantee it won’t fly. In my neighborhood, ya can’t swing a dead cat without wailing someone who is armed. Very very peaceful neighborhood. Go figure.

The actual British guy should have not got involved. Putting your life in danger to save an ungrateful foreign invader is never the right move. 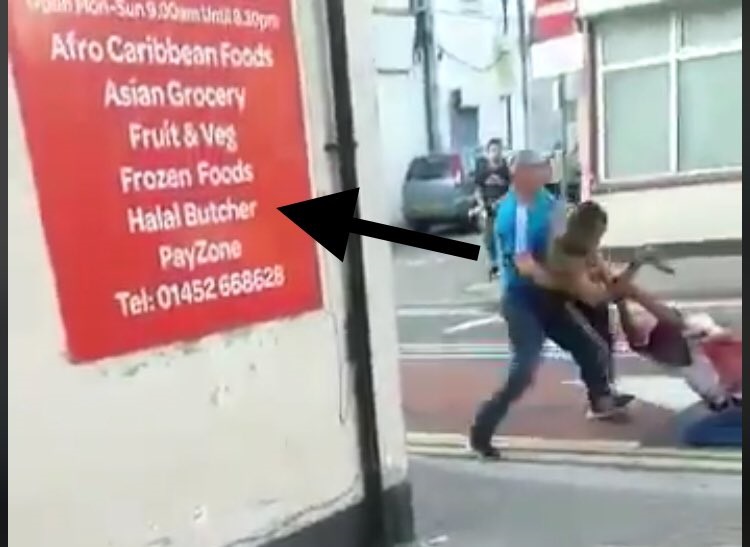 All of the politically correct assholes are going to have to die off before subsequent generations can fix this mess.

On my life this is a true story LoL

There were 2 more stabbings yesterday; I’m not sure how many are gang-related, inter-racial, or terrorism attacks.