The Top Five Most Suppressed News Stories Of 2020

Has anyone ever figured out why it is OK for grocery store workers to remain on the job during an international pandemic while serving the needs of the entire population with no restrictions other than wearing a mask, but it is considered dangerous for gyms to open or, most ludicrously, for anyone other than spouses of governors to take their boat for a quick spin around the lake? It seems like the lockdown can turn into whatever is convenient for politicians.

The uneven effects of the lockdown on different states and different sectors have resulted in the shift of trillions of dollars of capital in ways that will reshape the economy for generations to come, yet we are not supposed to talk about it.

If you know anything about this drug, it is probably just that some guy in Arizona died after drinking it, and that maybe President Trump was somehow responsible. Well, as they say, a little knowledge is a dangerous thing. The guy in Arizona didn’t take hydroxychloroquine; he took a fish tank cleaner called chloroquine phosphate. And Trump never told anyone to take either the drug or the fish-tank cleaner. He just said hydroxychloroquine was a promising treatment against COVID-19.

Of course, as soon as he said it, the radical academic leftists who control medical journals and associations warned that hydroxychloroquine had no benefit as a treatment and was potentially dangerous even though it had been safely used against malaria and various immune deficiency syndromes for decades.

While the president has been painted as anti-science, it was his administration’s support that led to the fastest turnaround ever from viral discovery to viral vaccine — essentially less than a year. Even as House Democrats are poised to launch investigations into Trump’s supposed crimes against humanity for being president during the COVID crisis, lives are being saved as a result of his policies.

Just don’t expect to read about it in the mainstream media, which spent much of 2020 ridiculing Trump for his prescient predictions that a vaccine would be developed by the end of the year.

The ability to bury the Hunter Biden story throughout the 2020 presidential campaign ranks as one of the greatest victories in the history of propaganda. Hunter is the son of former Vice President Joe Biden, and his acknowledged history as a drug addict is now considered his strong suit.

The Senate Homeland Security Committee found extensive evidence that Hunter has made hundreds of millions of dollars for the Biden family by selling access to his father, so when Hunter’s laptop turned up with first-person incriminating evidence, it was pretty obvious that Joe Biden had a lot of answer for.

Except that the media never made him answer for anything. It preferred to rest on the bizarre assertion from 50 former U.S. intelligence officials that clear evidence of foreign collusion on Hunter’s laptop had all the earmarks of a “Russian disinformation” campaign. This was errant nonsense. Reporters, read the emails!

It turned out that everything that happened in 2020 before Nov. 3 was just prologue for the greatest deception in American history — namely the hijacking of a presidential election through means both legal and illegal. Most importantly, every state that changed its election procedures without the consent of its legislature violated the U.S. Constitution. That’s why Republicans plan to challenge the Electoral College vote on Jan. 6.

Whether you like Donald Trump or not should be irrelevant. You either follow the Constitution or you don’t. The fact that Trump increased his support in almost every demographic since 2016 and yet lost the election will apparently remain a mystery because the Democratic Party, with an assist from weak Republicans, is intent on continuing the charade that Joe Biden is a beloved elder statesman even more popular than Barack Obama. 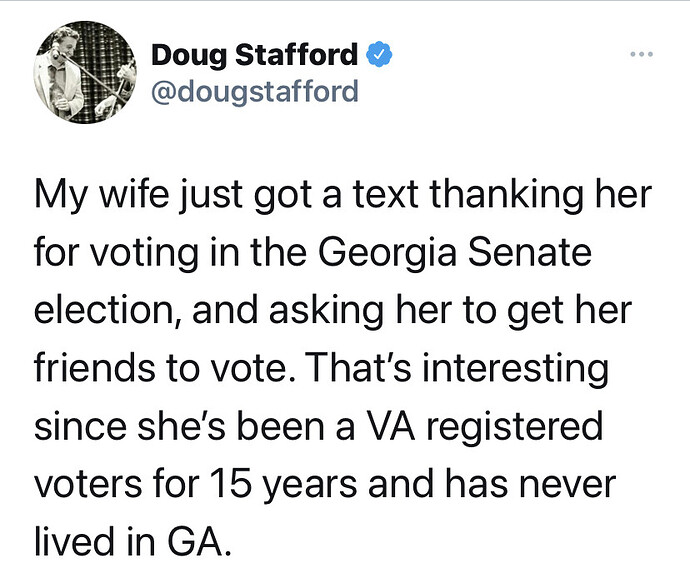