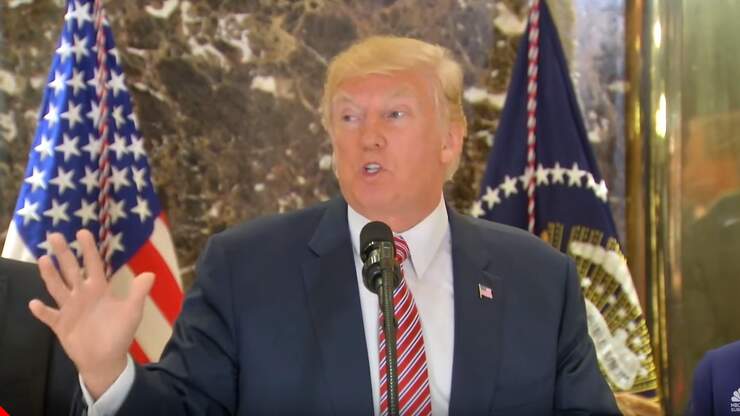 QUOTE: Whenever Democrats want to blame President Trump for an act of white supremacist violence such as the horrific attack in New Zealand or the imagined attack on Jussie Smollett in Chicago, they and their allies in the national news media invariably cite his statements in the wake of the deadly riot in Charlottesville, Virginia.
“President Trump called white supremacists ‘very fine people!’” they shriek.
Only he didn’t. He actually said the exact opposite.

The President’s inclusion of the phrase “on many sides” immediately set off a media feeding frenzy. Even though violent members of Antifa had joined with those peacefully protesting the “Unite the Right” rally and had sparked physical altercations with the white supremacists attending the rally, Trump critics immediately pounced on what they considered to be equivocation.

And now that lowlife pig Sleepy Joe Biden is perpetuating this lie in his speeches. This LIE is one of the big lies perpetuated by fake news and Democrat socialist vermin.

Part of the Democrat Party mantra: