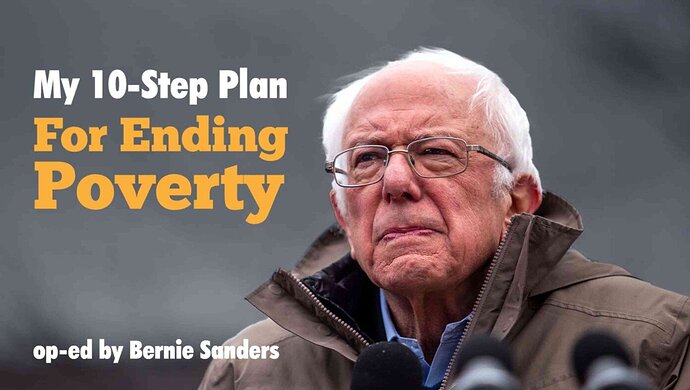 Hey folks, Bernie Sanders here! I am once again asking for your support in eradicating systemic poverty from the face of the earth. America can do it, but we won’t because America is immoral and Elon Musk has all the money. Horrible! I have a simple ten-step plan that is foolproof — and I should know because I’ve been to the Soviet Union and it’s a paradise over there, let me tell you!

Here are the steps:

Typical demo RAT thinking . It’s more like a plan to bankrupt a Nation !!!