And commiefornia is going to mandate every new house built after 2020 to have one of these on their roof. If they burn brighter than the sun, is that a feature or a bug?

Tesla’s relationship with Walmart took a turn, as the latter is suing the former because they want Tesla to remove solar systems installed at 240 stores following several of them catching on fire.

Walmart had a partnership with SolarCity before it was acquired by Tesla to install large solar power systems on hundreds of stores around the country.

The retail giant has grown dissatisfied with Tesla’s service and installation of the solar system.

They state the nature of the lawsuit:

This is a breach of contract action arising from years of gross negligence and failure to live up to industry standards by Tesla with respect to solar panels that Tesla designed, installed, and promised to operate and maintain safely on the roofs of hundreds of Walmart stores.

They list seven instances of fires, which they believe originated from the solar panel systems.

Fearing for the safety of its customers, its employees, and the general public, and wishing to avoid further damages and store closures, Walmart demanded on May 31, 2018, that Tesla “de-energize” (i.e., disconnect) all of the solar panel systems that Tesla had installed at Walmart sites. Tesla complied, conceding that de-energization of all the sites was “prudent” and recognizing that it could provide no assurances that the deficiencies causing its systems to catch fire were confined to particular sites or particular components.

However, Walmart says that there was one more fire even after Tesla de-energized the systems.

One of those fires happened in November 2018 at Walmart’s Yuba City, California, store, and the retailer blamed Tesla and its solar system:

Wires on the store’s rooftop were still sparking at the time that Walmart discovered the fire and could have ignited more extensive flames, with potentially devastating consequences. Equally troubling, after Tesla technicians visited the rooftop, one of the technicians failed to close the cover to a combiner box, exposing this important piece of equipment to the elements and thereby creating a fire hazard. Still more troubling, Walmart subsequently learned (independent of Tesla) that a potentially dangerous ground fault alert had occurred at the Yuba City site during the summer of 2018. Tesla either ignored the alert or deliberately failed to disclose it to Walmart. The issues that caused that ground fault alert likely caused or contributed to the subsequent fire in the fall of 2018, revealing Tesla’s utter incompetence or callousness, or both.

Walmart believes that the entire problem has cost them $8.2 million so far between repair costs, merchandise losses, and more.

In its investigation, Walmart found that Tesla was “grossly negligent” in inspecting the site and servicing them:

Tesla inspection personnel frequently missed or improperly identified obvious and visible risks with the solar panel systems and were often negligent in performing inspections. Most glaringly, Tesla inspection personnel violated elementary safety standards by negligently stepping on modules (potentially contributing to micro-cracks), using the wrong equipment for basic tasks, and — in one instance — leaving a combiner box enclosure open and exposed to the elements after an inspection. Tesla also relied on drone flyovers and other shortcuts when inspecting sites, rather than sending qualified and properly trained solar inspectors to physically inspect solar panel systems with appropriate equipment — the established industry method for conducting thorough inspections.

The company is asking Tesla to not only cover the cost of the entire ordeal, but also to remove the solar power system at all 240 stores.

Tesla is getting sued by Walmart who wants them to remove 240 solar systems...

Tesla’s relationship with Walmart took a turn, as the latter is suing the former because they want Tesla to remove solar systems installed at 240 stores following several of them catching on fire. Walmart had a partnership with SolarCity before it...

About as good as their cars.

About as good as the current solar technology, which is arguably still in its infancy 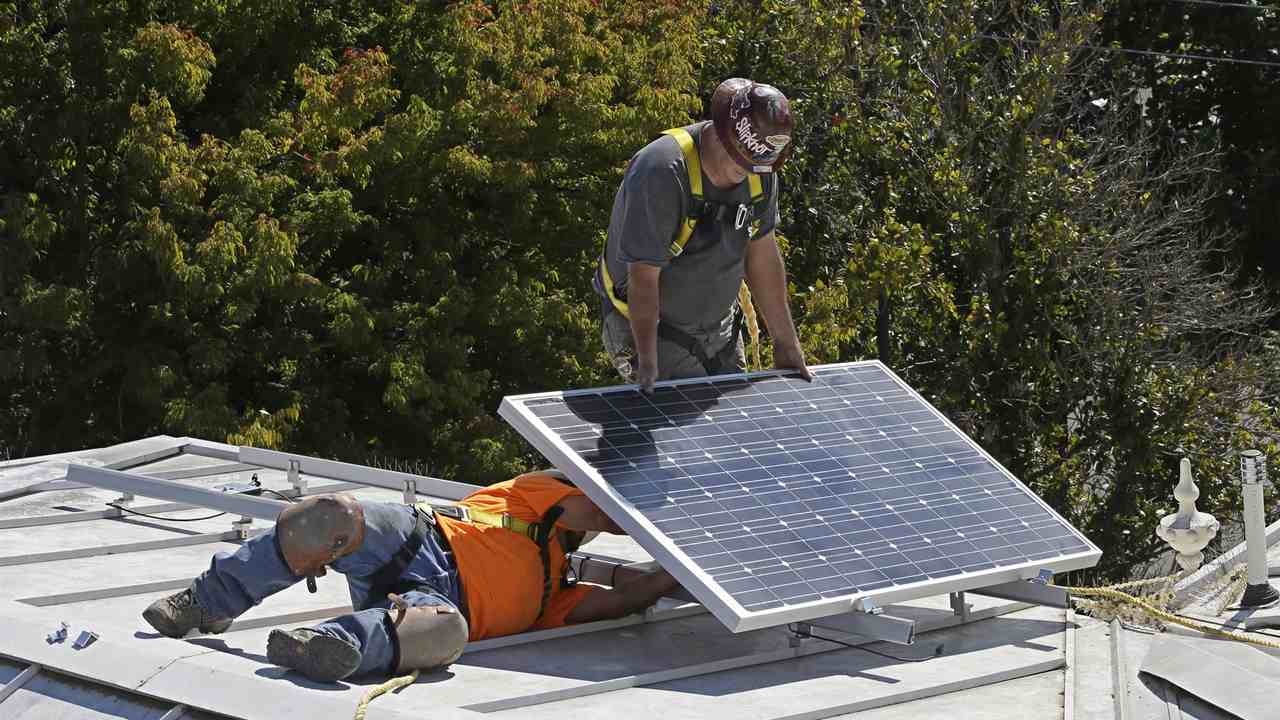 A transition to renewable energy sources is a likely scenario if the anti-fossil establishment manages to persuade lawmakers to implement their green energy policies.Given the high probability, and the transitions

Now Amazon is voicing their complaints as well

Amazon had a similarly incendiary incident happen in 2018. A Tesla spokesperson later confirmed to Gizmodo that there was an “isolated event” at one of Amazon’s sites last year.

Per Bloomberg, the e-commerce giant said Friday that one of its warehouses in Redlands, California, also experienced a rooftop blaze connected to a SolarCity solar panel system in June of that year. And the company has since taken steps to ensure it doesn’t happen again; Amazon told Bloomberg it currently has zero plans to install any more Tesla systems at its facilities.

“At each location, the fire had originated in the Tesla solar panels,” Walmart claims according to the lawsuit. After three such fires occurred in relatively quick succession, the company called in Tesla last year to disconnect the remaining solar panels at approximately 240 of its stores. When Tesla later carried out safety inspections on these systems in 2019, it found 157 items needing replacement or repair, “48 of which Tesla itself characterized as reflecting conditions that rendered the sites unsafe or potentially unsafe,” the lawsuit states.

On Thursday, Walmart and Tesla issued a joint statement to several outlets stating that the companies are working to resolve these issues. “Above all else, both companies want each and every system to operate reliably, efficiently, and safely,” the statement reads.

Tesla has seen its share of the renewable energy market flounder since acquiring SolarCity three years ago, and these recent allegations aren’t the first to plague the division. Back in October, Tesla forked over a $13 million settlement after a yearslong investigation found SolarCity had been less than truthful about the cost of several installations made on behalf of the state of Oregon.

Gizmodo has reached out to Amazon and will update this article with the company’s response.

“All 11 Amazon sites with solar from Tesla are generating energy and are proactively monitored and maintained.

Last year, there was an isolated event that occurred in an inverter at one of the Amazon sites. Tesla worked collaboratively with Amazon to root cause the event and remediate. We also performed inspections at the other sites, which confirmed the integrity of the systems. As with all of our commercial solar installations, we continue to proactively monitor the systems to ensure they operate safely and reliably.” 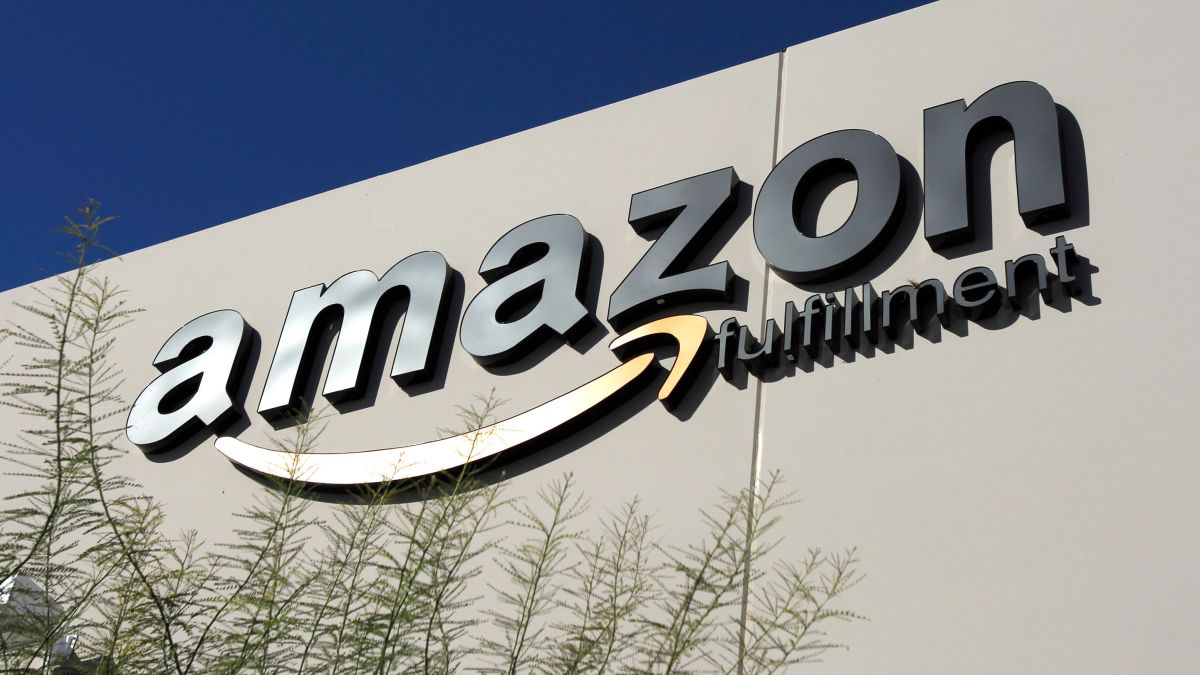 Yeesh. This has not been a good news week for Tesla subsidiary SolarCity. It seems Walmart isn’t the only one claiming that the flagging renewable energy company’s solar panels caught fire; according to a new Bloomberg report, Amazon had a similarly...

The US needs to stop the fossil fuel epidemic and transition as quickly as possible to clean energy sources that do not leak, spill, or explode, and will help protect our clean air, clean water, communities, and wildlands.

Perspective: nuclear is the safest form of energy: 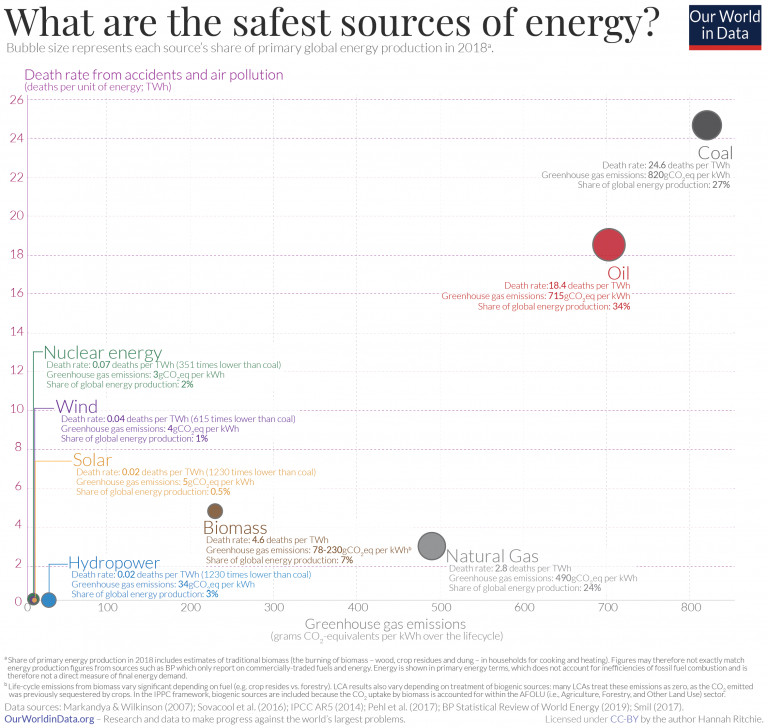 What are the safest sources of energy?

Based on safety and carbon emissions, fossil fuels are the dirtiest and most dangerous, while nuclear and modern renewable energy sources are vastly safer and cleaner.

Due of course primarily to people hitting them with backhoes which is 100% preventable if they do their pre work planning properly.

Now let’s stop trying to divert from the subject matter of the thread.