An active shooter was reported at the Tanforan Mall in San Bruno near San Francisco.

Four people were shot, according to Alex Stone, an ABC News correspondent. One teenager was in critical condition and one was in serious condition. The condition of the two other victims was unclear.

Dion Lim with ABC 7 News reported police were looking for two suspects. Both were male and one was wearing a green hooded sweatshirt.

San Bruno Police Chief Ed Barberini told ABC 7 there was “intent” behind the Tanforan Mall shooting. It was not a random shooting.

San Bruno Police confirmed they are investigating a shooting and said to stay away from the Tanforan area.

“Please stay out of the Tanforan area – San Bruno Police Department is on scene investigating a shooting,” San Bruno Police wrote on Twitter. “We will update when we have more information. Thank you”

The San Francisco Bay Area Rapid Transit service reported they are closing the station near the mall. 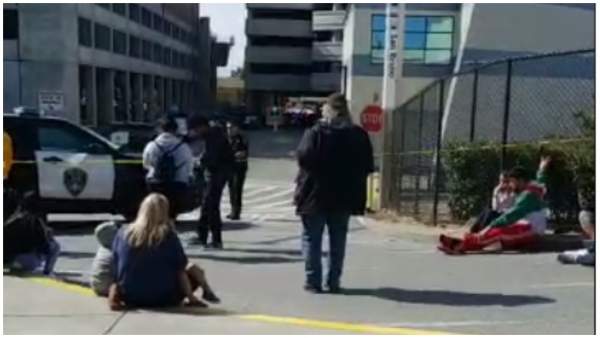 An active shooter was reported at the Tanforan Mall in San Bruno near San Francisco. The SFBART reported they are closing the station near the mall.