House Minority Leader Kevin McCarthy took aim at a new Department of Justice policy intended to crack down on alleged “threats of violence” against school officials, saying it was part of an effort by Democrats to muzzle parents.

“President Biden’s latest decision is part of a disturbing trend in the Democrat Party to silence parents,” McCarthy said on Twitter Tuesday. “We should encourage family participation in our schools, not baselessly attack opposing views because leftist groups want control over curriculums.”

At issue is a new DOJ effort to combat an alleged increase in violence and threats directed at schools boards and other school officials. Many parents have been attending meetings across the country to voice their displeasure with COVID-19 restrictions and the use of critical race theory in curricula.

Once again, this unelected NAZI president has decided to start dismantling the Constitution, starting with the First Amendment.

The felonies he is committing are just piling up. Kevin McCarthy is going to have a LONG list of charges for impeachment, when the House is overturned in 22.

Fortunately, here in Florida we have an intelligent Governor who has outlawed Critical Racist Theory in schools with an Executive Order. Most of the state AGREES with this move.

Biden and cartel have no idea what a terrorist is , he is importing them at the border . 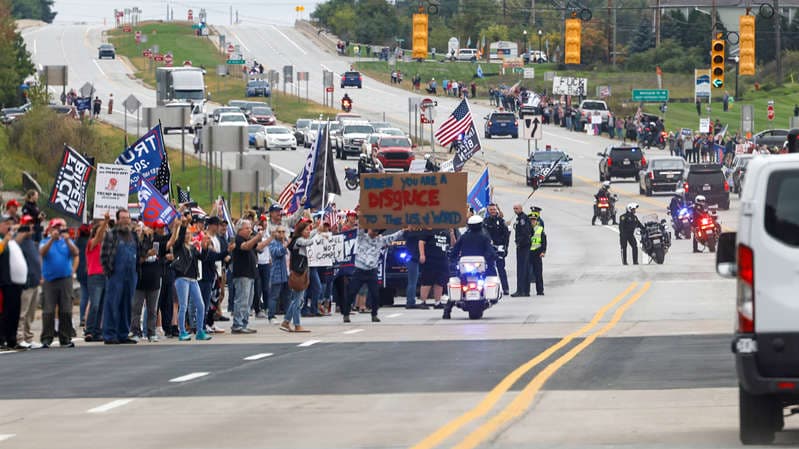 Every street in every City needed to be full of protestors .

You can’t protest are you crazy we are Americans

I think we still have a 1st Amendment and a right to assemble . DemoRATS are working on taking away each and every Constitutional Right , so until then PROTEST !!!

The First Amendment of the U.S. Constitution protects individuals who wish to assemble in order to protest the actions of their government, so long as they do so in a peaceful manner.