The mere mention of cancer strikes fear in the hearts of many people, and rightfully so. Having certain types of cancer often means you’ll be facing years of brutal treatments – if you’re lucky enough to live that long. Although it’s hard to imagine the disease could one day be considered non-threatening the way that many of the illnesses that used to kill people hundreds of years ago are viewed now, scientific breakthroughs like a recent study exploring turmeric’s effects on cancer cells are starting to give patients some hope. 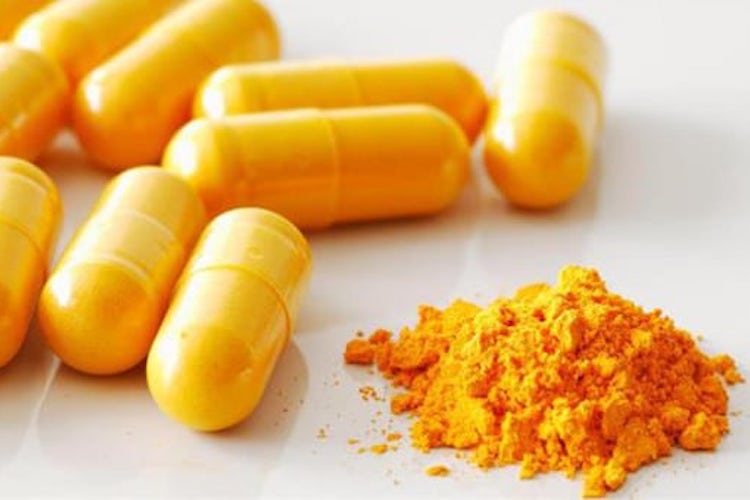 Turmeric is the medicine of the future.

This ancient Indian ■■■■■ has been the subject of many studies in recent years as it continues to demonstrate its strength when it comes to fighting and preventing a host of diseases. Its inflammation-fighting properties are already well documented, and now a study published in Anticancer Research provides a comprehensive view of how the primary polyphenol in turmeric extract can selectivity kill cancer stem cells safely in ways that put radiation and chemotherapy to shame.

Many natural cures are valued for their simplicity, but turmeric is surprisingly complex in the way it fights cancer. It uses multiple molecular mechanisms to attack cancer stem cells, which are responsible for producing the cells in tumors. These stem cells resist chemotherapy and radiation, and surgery can sometimes even cause them to spread, which is why they’re often behind conventional treatment failures and tumor recurrence.

One aspect of curcumin’s intelligent approach is its ability to downregulate interleukin-6. The over-expression of this cytokine has been linked to inflammation progressing to cancer, and curcumin stops it from being released and stimulating cancer stem cells. It also directly and indirectly downregulates interleukin-1, which plays a vital role in the growth of cancer cells, and interleukin-8, which stimulates the regrowth of tumor-forming cancer stem cells.

Another way curcumin can fight cancer is by decreasing the binding of CXCR1 and CXCR2 and modulating pathways like the Wnt Signaling Pathway, the Notch Pathway, the FAK/AKT/FOXo3A Pathway, and the Hedgehog Pathways. If those terms are unfamiliar to you, you’re not alone – cancer is a complicated disease, but the bottom line is that curcumin targets deadly cancer stem cells in eight different and very powerful ways.

Curcumin is a very efficient cancer fighter, targeting the most dangerous cells of all, cancer stem cells, without touching normal cells. Contrast this with chemotherapy, which damages the DNA of quickly-replicating cells while they’re vulnerable during the mitosis stage of cell division. It does this without determining if the cells are cancerous or completely healthy.

This is essential because normal stem cells are needed to maintain good health. They differentiate into the cells needed to replace those cells that become damaged or sick, and killing them is one of the biggest problems of chemotherapy and radiation. 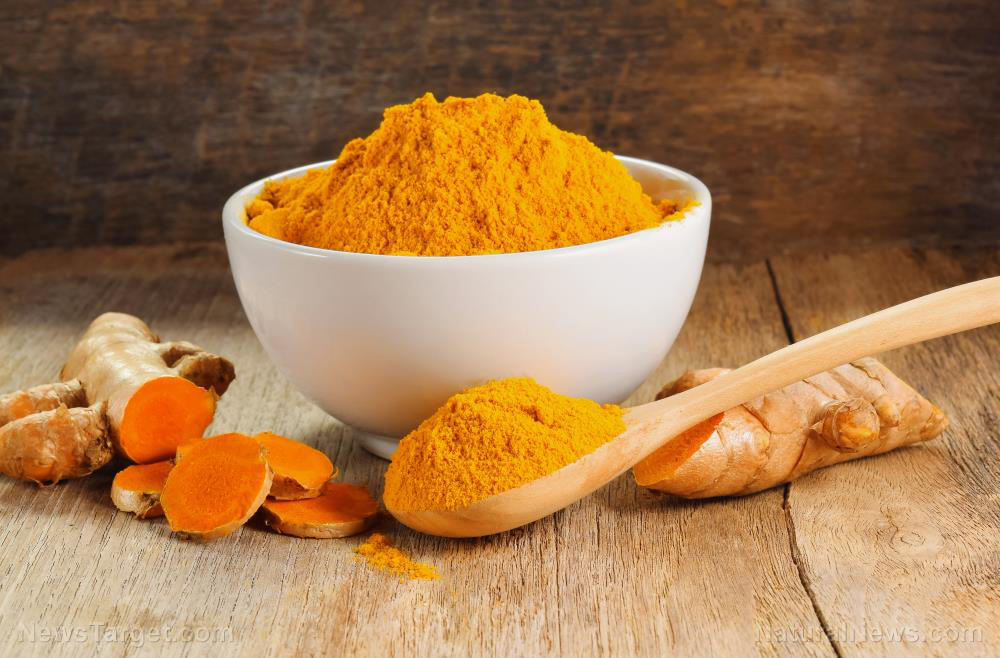 The mere mention of cancer strikes fear in the hearts of many people, and rightfully so. Having certain types of cancer often means you’ll be facing years of brutal treatments – if you’re lucky enough to live that long. Although it’s hard to imagine...

That’s all I need to know to say this is just another whackjob trying to make an easy buck off of the most vulnerable.

Socially responsible capitalism needs to come soon to you folks.

Socially responsible capitalism needs to come soon to you folks. 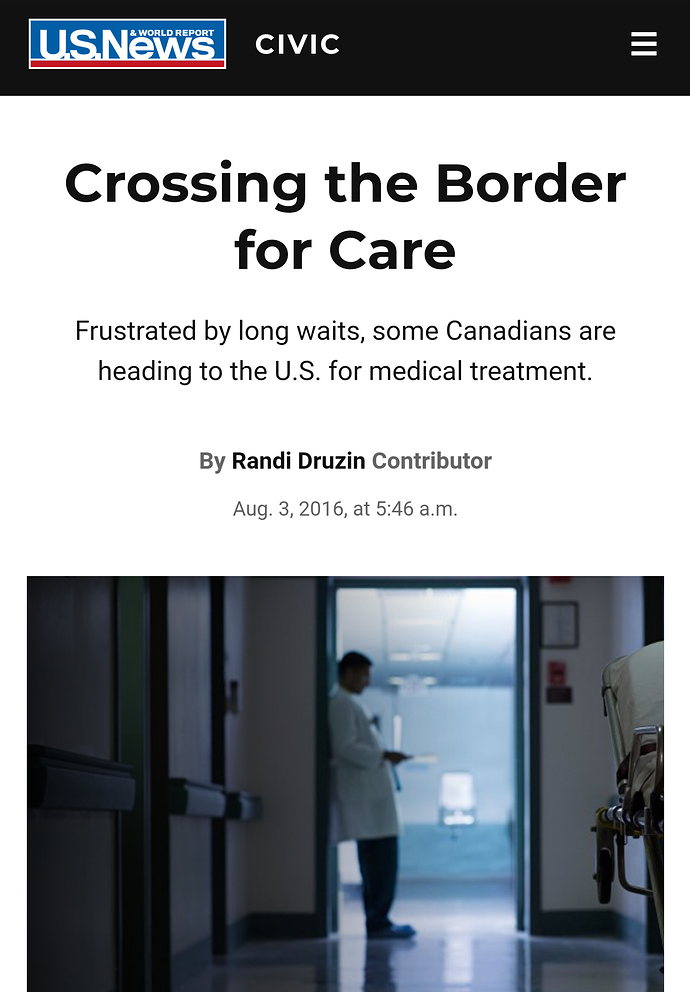 I love how these commies love proclaiming that their health care is “free” when in reality it’s the middle class that gets put over the coals to pay the bills for everyone else. If I had been in Canada when my cancer was found I wouldn’t be cancer free today. Oh and my docs used a combination of traditional and homeopathic treatments. Tumeric was on the list - just to keep the OP from getting derailed by the communist.

I’ve already proven that Americans in much greater numbers travel to Canada for health care than vice versa. Nearly 2 1/2 times more Americans per capita than Canadians.

Your homework: Go back and repeat lesson #1. Never debate health care with a Canadian.

Where is your source?

If you’re asking me for my source you’ll have to go back over the health care thread and find it. People who refuse to do their homework don’t get babysitting from me.

I provided the links as proof.

In the rest of the world Joe, excluding the US, those with the ability to pay, fund their country’s health care costs. It’s just the way humanity works in our modern world.

On the bright side for Canadians, our superior rated health care costs a little more than half the cost of the US’s per capita.

Nope - you made the claim it’s on you to provide the source and back it up. As it stands right now @blacked is correct and you are full of shit.

O.k. then Joe. I must have been lying. Never trust a Canadian commie Joe. They never play fair in health care debates.

Off the topic of Tumeric Joe, are you a short fatty boy?

I had no idea that leafcare up in Canada was so difficult to come by. Socialized medicine - you get what you pay for. We should ban all leafs from entering this country and stepping foot in our medical centers. Their maplebux are no good here.

And so do most Canadians because there’s a small number travelling to the US for health care compared to Americans travelling to Canada.

Why do you think that’s true?

Check it out, I might be a commie who’s lying to you!

Glad we agree that socialist Canadian healthcare kills patients. Maybe a dose or two of tumeric would do sick Canadians some good…if they can afford it at the grocery store

Those year long waits allows you to heal naturally .