Interesting development as Texas is set to begin building their Southern border wall. State commissioners unanimously approved a design-build contract that will not exceed $162 million for a total of eight miles of border wall that will fill gaps between portions of the federal border wall.

The contract was awarded to Posillico Civil, Inc., a 75-year-old New York-based engineering firm that has worked on other border projects. Commissioners said the first portion of the wall will be constructed on state-owned land in Starr County, with a 1.2-mile extension on private land.

Commissioners said the program manager, Michael Baker Huitt-Zollars Joint Venture, is pursuing agreements with private landowners to allow construction of other portions of the wall.

A specific groundbreaking date for the first segment of the wall has not yet been announced, but during the TFC meeting, a Posillico representative told commissioners the company understands “the importance of getting panels erected by the end of the year, and we’re certainly committed to making that happen.”

Despite its “Cucker” this is still an Important message that needs attention. 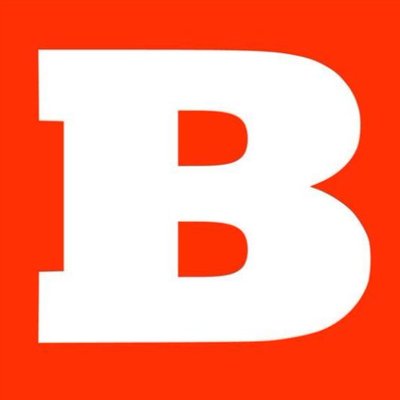 @BreitbartNews
Border Patrol agents apprehended more than 1.9 million migrants who illegally crossed the southwest border with Mexico between ports of entry during 2021. trib.al/OrdHI7d

@BreitbartNews
More Border Patrol Agents died in the line of duty during 2021 than in any other time since the agency’s inception. The line-of-duty deaths of 15 Border Patrol agents mark a grim milestone in the agency’s history. trib.al/mnYNNzt
1 Like
Dr_Manhattan January 4, 2022, 4:25am #846 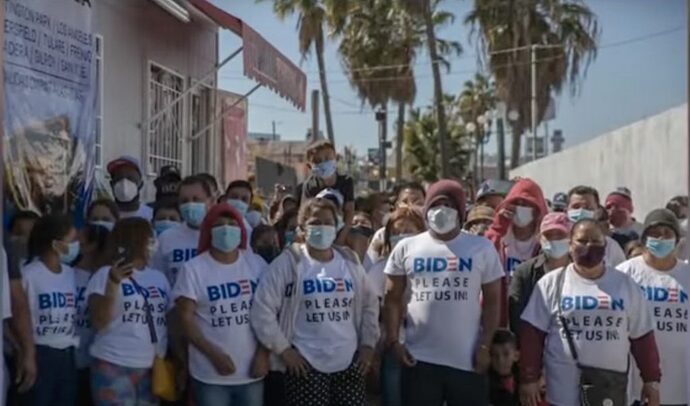 Is the real data on criminal illegal immigrants injuring and killing...

The level of immigration (legal and illegal together) will continue to increase under the Biden Administration, after falling during the Trump years, even before Covid hit. As a result, the overall size of the foreign-born population will continue to grow rapidly. It hit a record 46.2 million in November of 2021, based on the monthly Current Population Survey (CPS). While there will be variation from month to month, the overall size of foreign-born population will hit a new record high in the CPS in the coming year. Further, until like during the Trump years when labor force participation actually improved for the first time in *decades, perhaps because immigration was lower, the share of prime-age men (25-64) in the labor force (working or looking for work) will not return to the level of 2019, even if the overall economy improves.

Prediction : Illegal migrants will continue to be released en masse into the U.S.

Border Patrol apprehensions at the Southwest border are running at all-time highs, with hundreds of thousands of aliens evading agents and entering the United States. I predict that this national-security and human-rights disaster at the Southwest border will continue unabated in the new year. The Biden administration, however, will attempt to hide the scope of the crisis by expediting the admission of illegal migrants into the United States. They will do this under an extremely limited congressional grant of authority known as “parole”, which was intended by Congress to be used by DHS only “on a case-by-case basis for urgent humanitarian reasons or significant public benefit” – not en masse as the Biden administration has been doing. The administration has been forced by the courts to re-start Remain in Mexico rather than just continuing to release illegal immigrants, but it is complying with a load of caveats and conditions, ensuring that the steady and overwhelming flow of migrants will continue.

Prediction : A spike in Other than Mexican (OTM) migrants at the southern border.

The fact that the GOP is expected to retake the House and possibly the Senate will probably become a very strong pull-factor for irregular migrants in Latin-America. Smugglers might push the notion that the good days of open borders will be over after the midterm election, telling migrants that “if you want to make it to the US, you should leave now.” Consequently, I predict a spike in border apprehensions before the election and possible before the new Congress comes into session. I also expect the percentage of OTM/OTN migrants at the Southern border to continue to increase following the trend we have seen since May 2021. 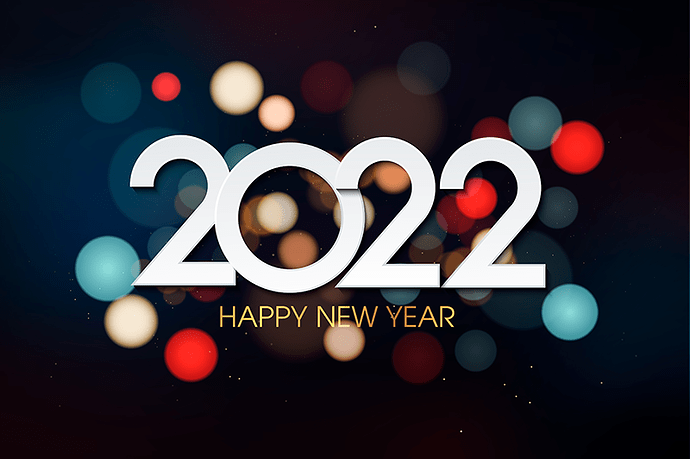 Experts at the Center share their views on the important immigration stories likely to occupy the news in 2022. 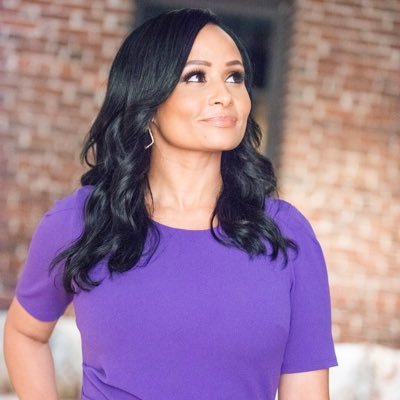 NEW: In the middle of our live shot on @FoxNews, another group of dozens of single adult male migrants were dropped off by the federal government in Brownsville. A NGO then gave them travel folders and they walked to a nearby bus stop to travel elsewhere in the country. @FoxNews https://t.co/UypXYBtrGl 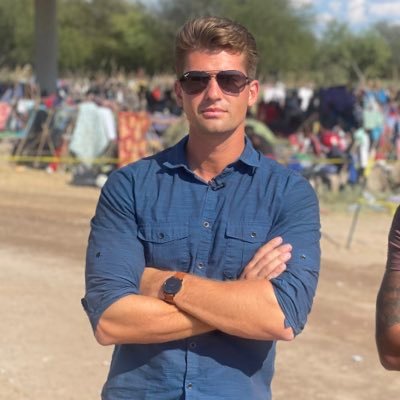 @BillFOXLA
NEW: In the middle of our live shot on @FoxNews, another group of dozens of single adult male migrants were dropped off by the federal government in Brownsville. A NGO then gave them travel folders and they walked to a nearby bus stop to travel elsewhere in the country. @FoxNews https://t.co/UypXYBtrGl
Dr_Manhattan February 7, 2022, 5:45am #849

These ar the type of people that this admin is letting in the country. Its no joke although its funny, the fact that people are acting this way is al indications they know we won’t do shit. 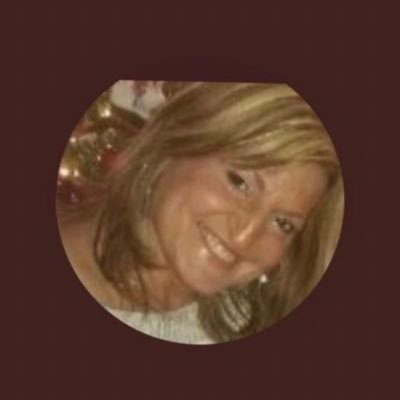 This is Kamala’s response to illegal immigration 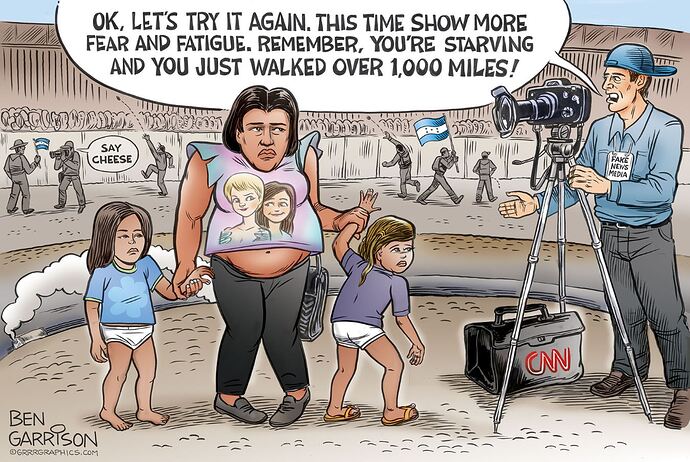 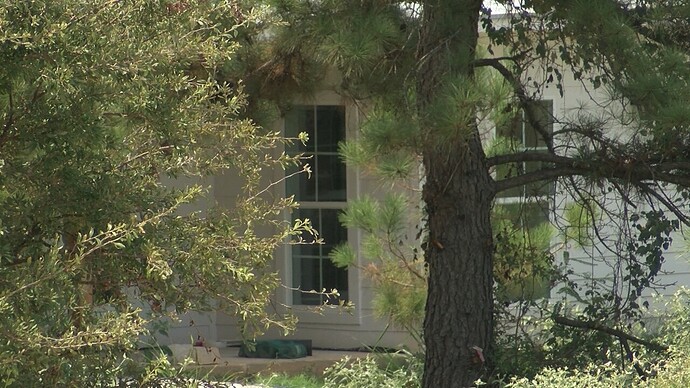 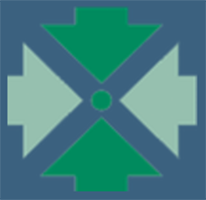 What has happened to the southern border is not only history-making in scope but portends lasting, long-term second, third, and fourth-order implications for American citizens.

Whie everyone is talking about the bogus war in Ukraine, the Southern Border remains to be a very huge problem. At an alarming rate the country continues to be invaded by who ever and something needs to be done before the country collapses. 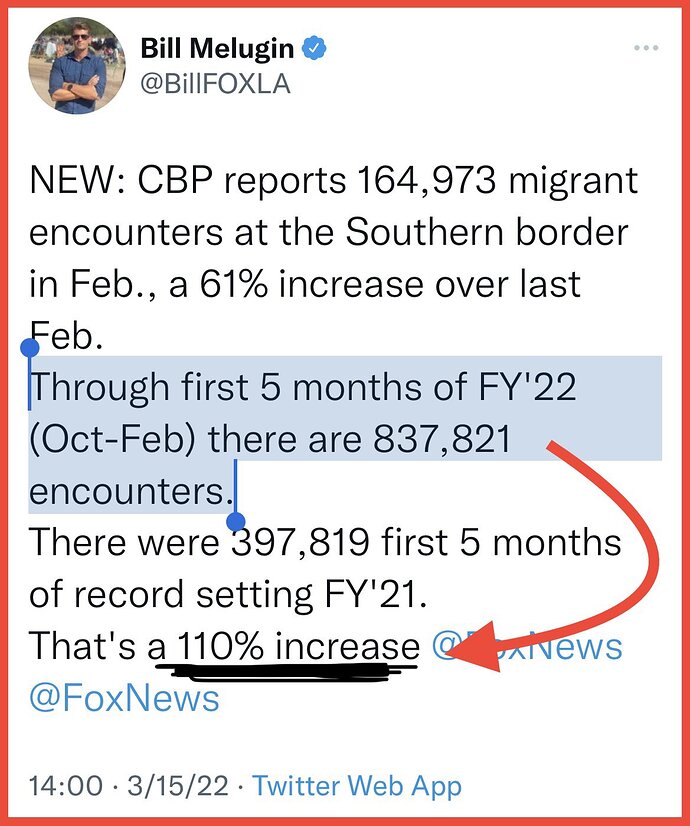 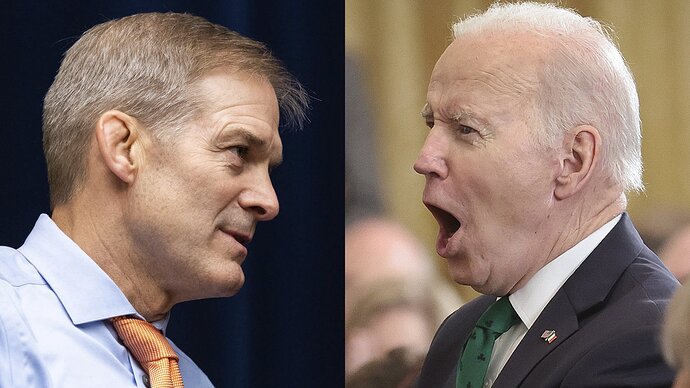 'It's One Of Our Last Lines Of Defense,' Jim Jordan Issues Dire Warning As...

This is a national security threat that needs to be addressed.

More from the Southern border and then this happens to one of my brothers filming the the absolute filth there. 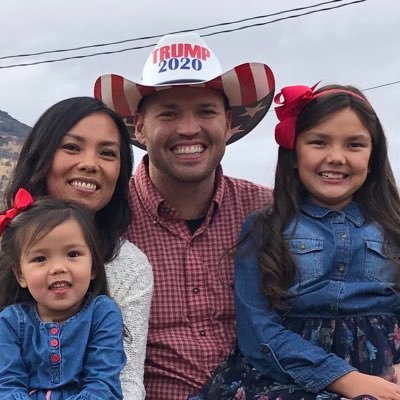 Finally some sanity and rule of law being restored. This is a good victory and one that caught everyone by surprise.

Following a lawsuit filed by Montana Attorney General Austin Knudsen, a federal judge has blocked parts of President Biden’s immigration policy that drastically tied the hands of immigration officers and coincided with a drastic decrease in the... 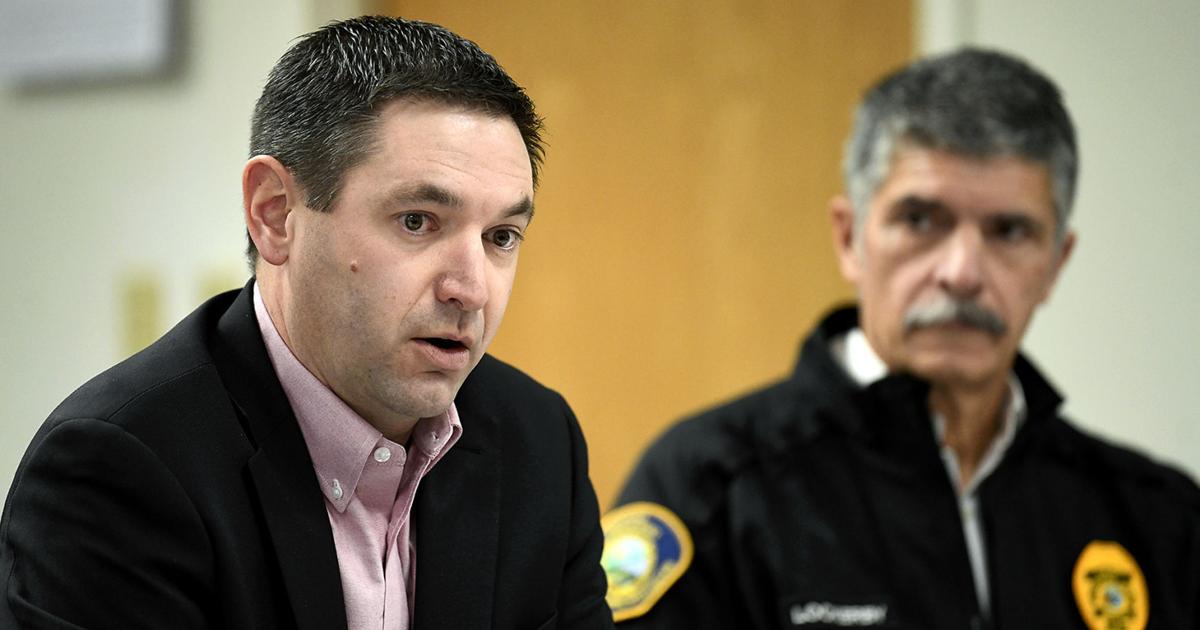 “This is a great victory for the rule of law, border security and public safety across the country,” Montana AG Austin Knudsen said in a press release. 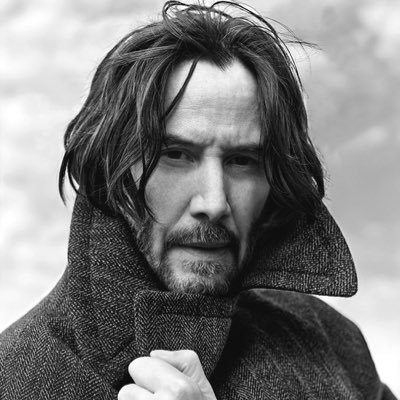 Meanwhile, another wave of immigrants all organized with Soros and the WEF organizers is heading to the Southern border soon! 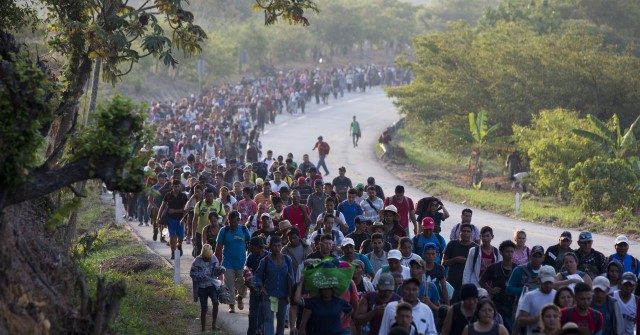 Top ICE officials are reportedly preparing for a "mass migration event" at the United States-Mexico border.

This has reach new levels of crisis. THIS IS FUCKING INSANITY! IF THIS IS NOT STOPPED THE COUNTRY WILL MOST ASSUREDLY WILL BE DESTROYED!

Lord help us please, this is a death sentence if Americans can’t wake up. 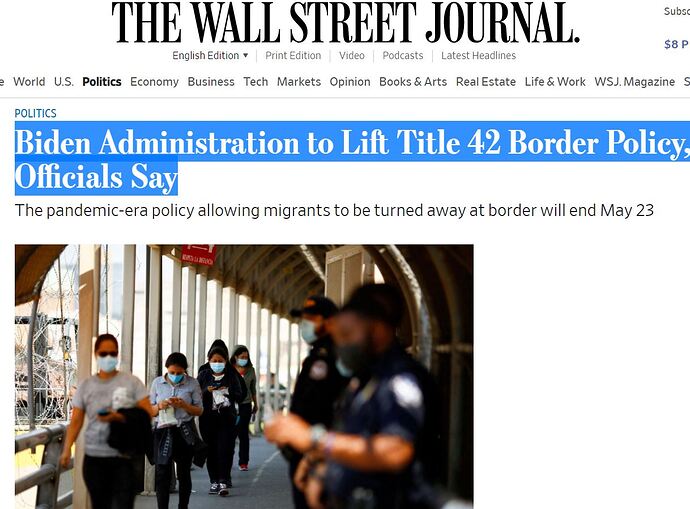 When Democrats like Warner are chirping up, you know this is getting to a territory may keep such people up at night. 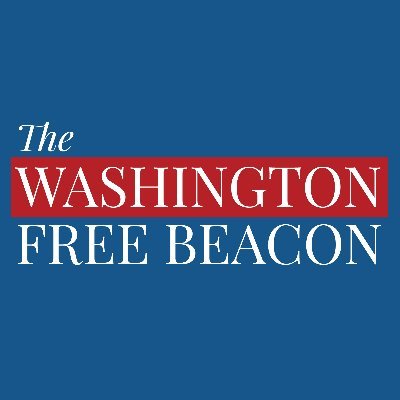 @FreeBeacon
Democratic Senator Mark Warner: "I would be very reluctant for the administration to end [Title 42] until they had a real plan in place." Alisyn Camerota: "Have you heard any plan like that?" Warner: "I have not." https://t.co/BK6nsf5m25 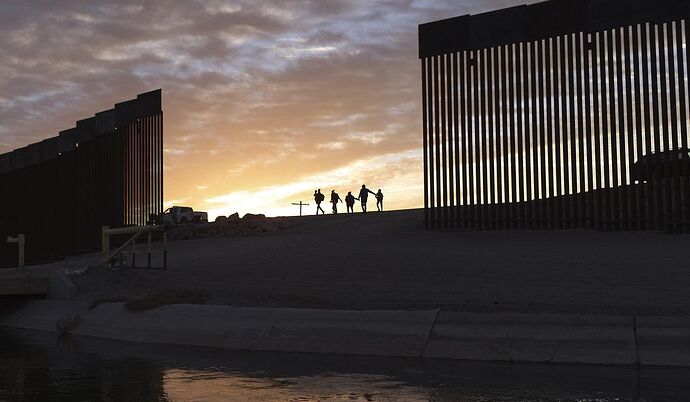 By the end of President Biden’s first term in office, 20% of America’s population will be here illegally, having crossed through an open southern border, according to a startling new estimate. 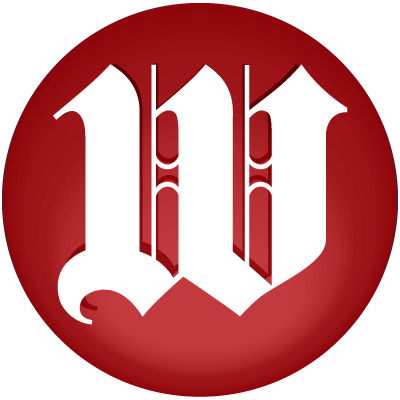 @WashTimes
From@WashTimesOpEd Editorial Board: "We believe Mr. Biden’s open-border policy is an impeachable offense and should be considered by Republicans when they win the U.S. House of Representatives this fall." ow.ly/b2uS50II8HZ