Sanctuary Nation? Santa Clara County shows where we might be headed in tolerating illegal-immigrant crime

The powers that be in California’s Santa Clara County have forbidden contact sports—including San Francisco 49ers games, which will be held in Arizona—for the remainder of the season, due to rising Covid-19 cases. Such overreach in California’s sixth-largest county, justified by claims to enhance public safety, is ironic, given Santa Clara’s lax sanctuary policies, which have recently resulted in tragic deaths.

Last month, a thrice-deported illegal immigrant with a long history of violent crime stabbed five people, killing two, John Paulson, 45, and Kimberly Susan Fial, 55, at the Grace Baptist Church in San Jose. The suspect, Fernando De Jesus Lopez-Garcia, has been in and out of prison, but Santa Clara County’s sanctuary policies prohibit any cooperation between local officials and federal immigration authorities. ICE has issued multiple requests for his detention, including one last summer, when he was sentenced to 327 days in prison for inflicting corporal injury on his spouse. Though Lopez-Garcia has a criminal record that also includes convictions for assault with a deadly weapon, battery of an officer, and vandalism, local officials were barred from letting ICE know when he was in custody.

This wasn’t the first time that the county’s sanctuary policy has cost lives. Last year, Carlos Eduardo Arevalo Carranza, a previously deported gang member and illegal alien from El Salvador, beat and stabbed Bambi Larson to death in her home. Carranza had convictions for possession of methamphetamine, false imprisonment, and burglary at the time of the murder.

After last month’s killings, will Santa Clara officials do the right thing and amend their sanctuary policy? Don’t look for the media to build momentum for change. The Associated Press and the New York Times mentioned that a suspect had been arrested but didn’t even give his name, let alone indicate his immigration status. Several local news outlets, including the East Bay Times and the San Francisco Chronicle , downplayed the immigration angle and suggested that the real issue was homelessness, since Lopez-Garcia and four of his five victims were “unhoused people.”

The media tend to avoid or minimize inconvenient stories that highlight the problems with local sanctuary policies. Take, for example, the case of Ariana Funes-Diaz, a 14-year-old girl who was stripped naked, beaten with a baseball bat, then stabbed to death with a machete. Her assailants, a pair of teenage MS-13 gang members who had recently entered the country from El Salvador, threw her body in a creek. One of Funes-Diaz’s accused murderers crossed into the United States in December 2015 with his family, who claimed asylum but didn’t show for their hearing. An immigration judge ordered his removal in March 2017. The other assailant was taken into custody as an unaccompanied minor in August 2016 but was later released to a family member.

A year before they killed Funes-Diaz, the pair were arrested on murder, armed robbery, and other charges in a separate case but were never deported because Prince George’s County, Maryland also has a sanctuary policy. Most national media outlets ignored the story. Like Santa Clara County and many other localities, Prince George’s takes a soft stand on criminal aliens, while cracking down hard on churches, businesses, and others violating strict Covid regulations.

Joe Biden and other Democrats have spent the last four years repeating the mantra “no one is above the law.” Yet Biden has advocated policies that would, as the San Francisco Chronicle recently noted, effectively make the United States a sanctuary country. A little-noticed bullet point in his platform calls for the reversal of Section 287(g) of the Immigration and Nationality Act, which allows for cooperation between local law enforcement and ICE.

A 2017 Harvard-Harris poll showed that 80 percent of Americans oppose the sanctuary city concept. Biden claims to be a moderate but the activist, defund-the-police base of his party would love to turn our country into one big Santa Clara. Nearly every American now knows the names George Floyd and Breonna Taylor. But Americans should also know names like John Paulson, Kimberly Susan Fial, Bambi Larson, and Ariana Funes-Diaz. Their tragic, avoidable deaths painfully illustrate why America must never be a sanctuary country. 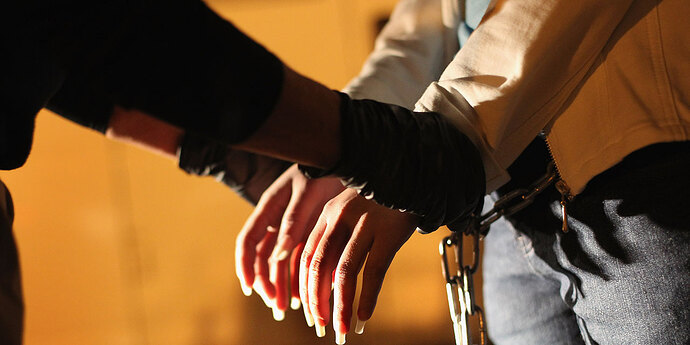 Santa Clara County shows where we might be headed in tolerating illegal-immigrant crime.

Amazingly, no law enforcement agency has received " sensitivity " training in handling this poor " undocumented " person who has been persecuted by our legal system. Only humor.