Cancel culture works differently in the US Congress than it does in the public sector.

Corporations, small businesses, comedians, authors, commentators, podcast hosts and others are threatened with boycotts and blocking from social media to keep them fearful of losing their livelihood over some ridiculous objection to their right to free speech and practice of their religious ethics.

In our Congressional Lifetime Country Club for Professional Politicians (aka Elite Rulers of We The People), the use of censure and removal from committee positions is the weapon of choice.

We recently had one member censured for using an animation of the murder of a “colleague”. Somehow this was more egregious than a stupid redheaded bitch comedian holding an effigy of Donald Trump’s severed head, or some live performers acting out his murder.

Now we have Lauren Boebert making a joke about Ilhan Omar and facing censure and removal from committee positions by the same pack of demented Democrat Party Members.

This article is short, but the comments are worth reading also. 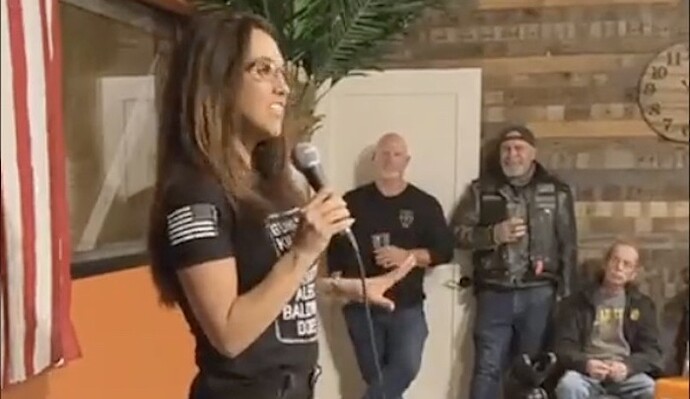 My latest in PJ Media, which I wrote before Boebert joined the spineless and apologized, becoming one of the many who have allowed false Muslim victimhood posturing to intimidate them. One of the reasons why Leftists generally despise Christianity is...

Ilhan Omar is the one who should be censured and removed from all committee positions.

Of course some republicans will join with democrats…

Of course! There’s always a sleazebag that wants more power…and many Republicans haven’t the balls to criticize the insane and intolerant Islamic theocracy, even though it promotes laws that are unconstitutional.

How much protection does she need ??? She is Black, Female, African and Muslim. When does it end!!!