The Commonwealth Court of Pennsylvania Friday declared unconstitutional Pennsylvania’s “no-excuse mail-in voting law,” which permits voters to cast their ballots by mail without providing an excuse for their absence.

Doug McLinko filed suit against Pennsylvania’s Acting Secretary Veronica Degraffenreid, seeking an order declaring that Article XIII-D of the Pennsylvania Election Code violates the Pennsylvania Constitution. Article XIII-D was added by Act 77, which provides that “any qualified elector may vote by mail.” McLinko contested this provision, arguing that Pennsylvania’s Constitution requires qualified voters to cast their ballots in person at designated polling places unless they satisfy an absentee voting exception.

Acting Secretary Degraffenreid defended no-excuse mail-in voting, arguing that the Pennsylvania Constitution permits voting “by ballot or by such other method as may be prescribed by law.” Degraffenreid sought “an order dismissing McLinko’s amended petition with prejudice on procedural grounds or, in the alternative, because it lacks substantive merit.”

The court agreed with McLinko, holding “that Act 77 violates Article VII, Section 1 of the Pennsylvania Constitution.” In its decision, the court stated:

Approximately 1.38 million voters have expressed their interest in voting by mail permanently. If presented to the people, a constitutional amendment to end the Article VII, Section 1 requirement of in-person voting is likely to be adopted. But a constitutional amendment must be presented to the people and adopted into our fundamental law before legislation authorizing no-excuse mail-in voting can ‘be placed upon our statute books.’

In a companion case, Representative Timothy R. Bonner and 13 members of the Pennsylvania House of Representatives filed suit with claims that were “identical to those raised by McLinko.” The court again held the voting law unconstitutional, referencing its McLinko decision.

The court’s opinion provides the tip on implementing a no-excuse mail-in voting amendment to Pennsylvania’s Constitution but “expresses no view on whether such a system should, or should not, be implemented as a matter of public policy.” 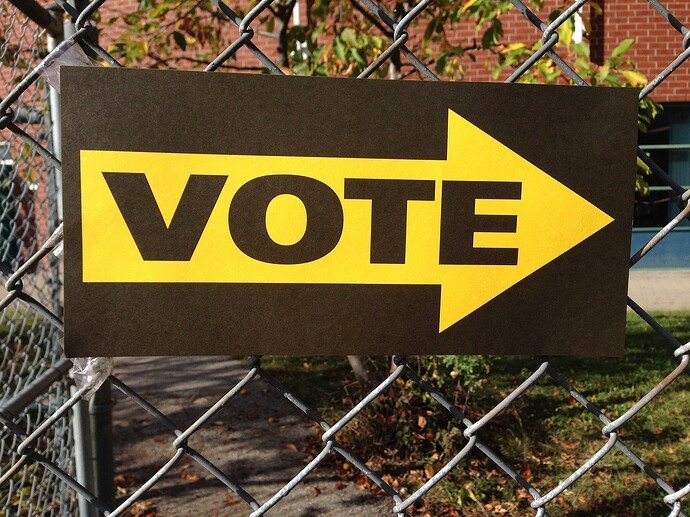 The fact that several states made unconstitutional changes to their voting rules and procedures prior to the election and throughout the counting process has been well established.

Biden’s “election” was accomplished by unconstitutional means yet the courts were blatantly obvious in their arbitrary rejection of challenges to the bogus results. The Democrat cheating machine successfully used pandemic fears to prevent meaningful observation of vote counting of the millions of unconstitutional mail-in ballots.

The courts used fear of massive violent demonstrations, killings, looting and pillaging to justify turning a deaf ear to challenges against illegal ballot harvesting, unconstitutional extensions of deadlines for receiving ballots, lack of signature verification and denial of effective observation of ballot counting.

The overall result was the disenfranchisement of millions of legally cast votes based on their being cancelled by illegal votes. The “election” of the Biden Crime Family Administration was an orchestrated process, with the help of Big Tech censorship and the Fake News media.

Now that some states are taking steps to preclude such blatant cheating in the future, the Marxist/socialist/communist progressives are accusing those states of voter suppression, and of course…RACISM!!!