Love stuff like this and still being the top of the spear when it comes to new tech being implemented during military operations!

The Pentagon says that personnel on the Wasp class amphibious assault ship USS Boxer knocked down an Iranian drone that came within a “threatening range” as the ship sailed through the volatile Strait of Hormuz. Subsequent reports said that a U.S. Marine Corps all-terrain vehicle with an anti-drone detection and jamming system sitting on the ship’s flight deck brought down the unmanned aircraft with an electronic warfare attack. 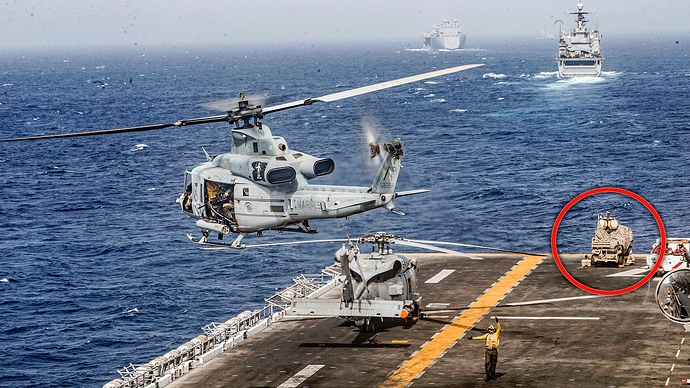 We also have a full analysis of the photos of Boxer and the rest of her convoy transiting the Strait of Hormuz around the time of the incident.