It should be “The squeaky wheel gets replaced.”

Top Democrats are circulating a poll showing that one of the House’s most progressive members — Rep. Alexandria Ocasio-Cortez — has become a definitional face for the party with a crucial group of swing voters.

Why it matters: These Democrats are sounding the alarm that swing voters know and dislike socialism, warning it could cost them the House and the presidency. The poll is making the rounds of some of the most influential Democrats in America.

The poll — taken in May, before Speaker Pelosi’s latest run-in with AOC and the three other liberal House freshmen known as “The Squad” — included 1,003 likely general-election voters who are white and have two years or less of college education.

Between the lines: Dems are performing better with these voters than in 2016 (although still not as well as in 2018). So party leaders will continue to try to define themselves around more mainstream members.

The other side: Three members of The Squad — Omar, Rep. Rashida Tlaib of Michigan and Rep. Ayanna Pressley of Massachusetts — defended their approach while appearing in Philadelphia yesterday on a panel at the annual Netroots Nation conference, AP’s Juana Summers reports: 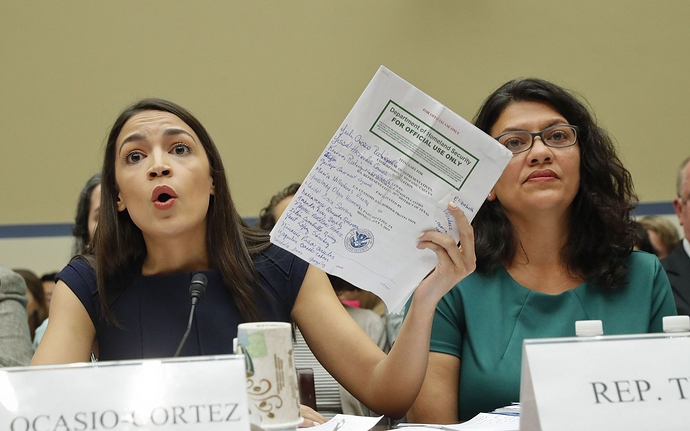 The poll is making the rounds of some of the most influential Democrats in America.

So party leaders will continue to try to define themselves around more mainstream members.

I can’t help but wonder if that just means changing the rhetoric so as to downplay the agenda.

What does that mean for the Presidential hopefuls that can only seem to embrace socialism and promise free stuff?