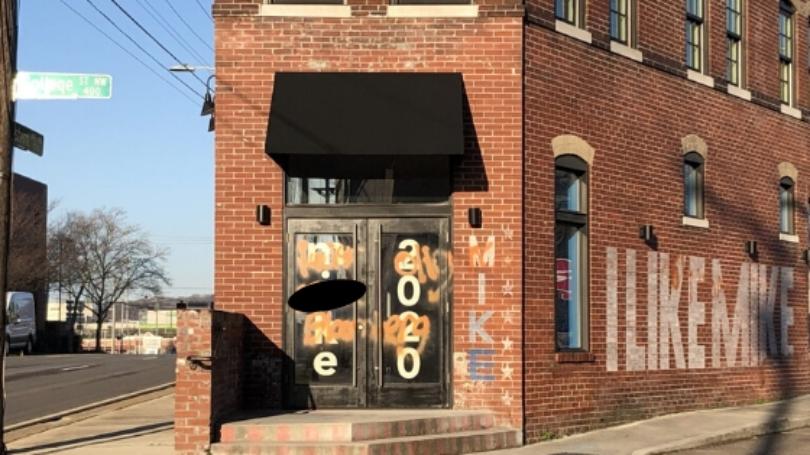 WVLT News Friday morning witnessed the front doors of the office painted with expletives and posters that featured the words “authoritarian,” “classist” and “oligarch.”

The posters featured what appeared to be snippets from news articles on Bloomberg in which he allegedly made derogatory statements about women and people of color in the past alongside words like “fascist,” “sexist” and “racist.”

Knoxville Police Department said they received a complaint saying the vandalism occurred at the Western Avenue office between 6 p.m. on Thursday and 7 a.m. Friday. There are no security cameras at the office and no witnesses have come forward.

KPD said they are investigating the incident. No suspects have been identified.

“This latest incident at our Knoxville campaign office is exactly what we’ve been warning about. We don’t know who is responsible for this vandalism, but we do know it echoes language from the Sanders campaign and its supporters. Over the past week, we’ve seen similar attacks against Mike Bloomberg 2020 offices in multiple states. Fortunately, no one has been injured. But this needs to end before someone gets hurt. We call on Bernie Sanders to immediately condemn these attacks and for his campaign to end the Trump-like rhetoric that is clearly encouraging his supporters to engage in behavior that has no place in our politics,” said Sheekey. 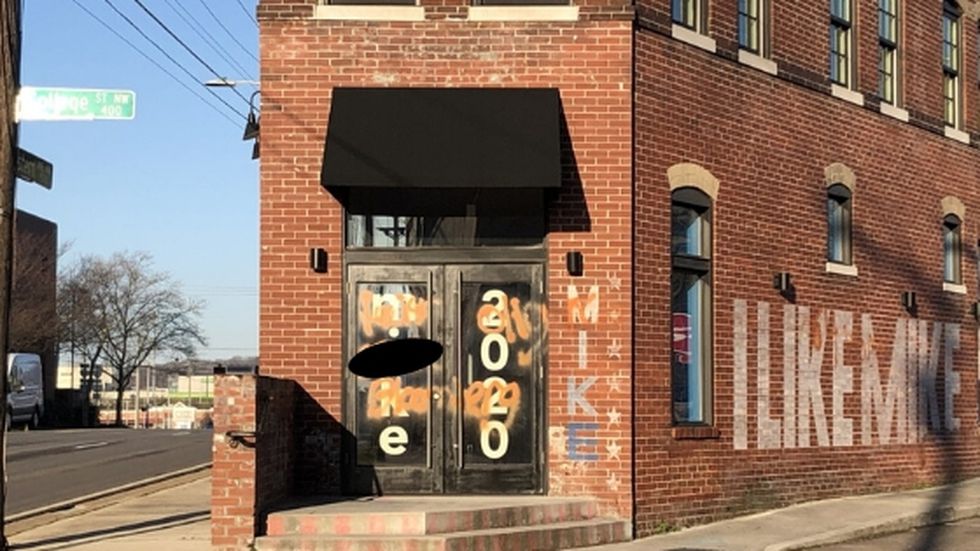 Here’s what comes next…

We must partner with the ADL and SPLC to outlaw hateful antisementic hate words like “oligarch”, “billionaire”, and “globalist”.

Bloomberg probably paid his own people too vandalize his office space just so he can get some media attention and play the victim.

Even if this is fake Bernie Sanders campaign has some hardcore extremists operating within it which was shown in the Project Veritas tapes. That does need to be addressed because no other campaign has talked about resorting to violence if their side doesn’t win.

They should have went with I LIKE MEN, along the side there, though.

Mike Bloomberg is the most ridiculous candidate to have ever run in a presidential election. it’s so obvious that he has absolutely zero support and is just using his money to buy an American election. it’s disgusting and no matter how desperate the Democrats are for cash they should reject this clown while taking all of his money. 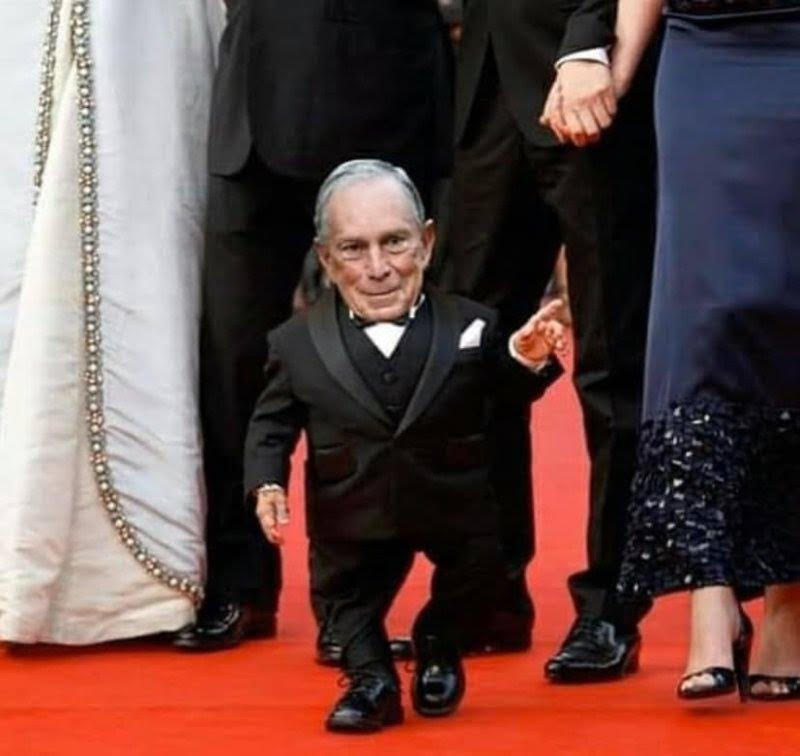 I’m still wondering how Bloomberg expects to win at this point with exactly ZERO delegates.