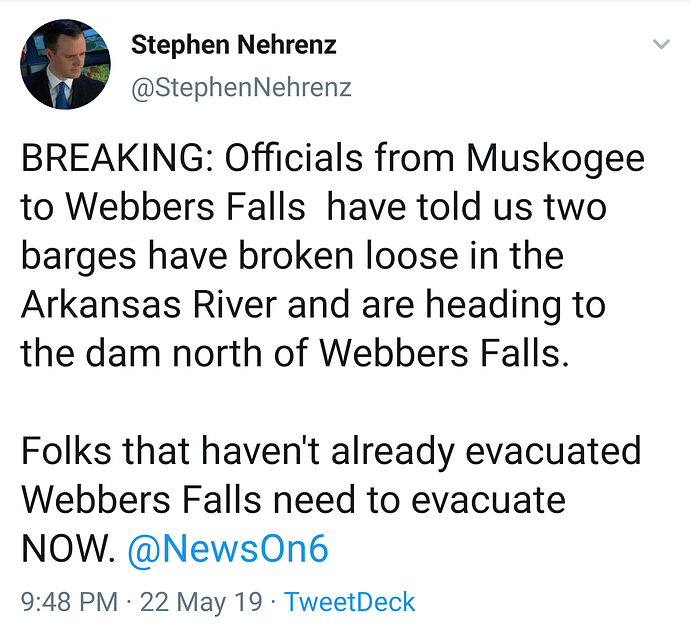 Two barges have broken loose on the Arkansas River amid heavy flooding. Both barges are floating toward Lock and Dam 16 near Webbers Falls, according to Muskogee County Emergency Medical Service Community Relations Coordinator Trish German.

“They’re going to follow the current around,” German said. “If they make it past Lock and Dam 16, they’re going to head towards the Interstate 40 bridge.”

An Oklahoma Highway Patrol report confirmed the I-40 bridge was closed in both directions.

Muskogee County Commissioner Stephen Wright said damage to Lock and Dam 16 could be disastrous for the small town, which was issued a mandatory evacuation warning by its mayor Sandy Wright Wednesday afternoon.

“It’d be super bad for Webbers Falls. If it does something to that dam, it could really go,” Stephen Wright said.