Joe Walsh: I Lost My Radio Show After Announcing I’d Run Against Trump
“I just got a notice before I came into the studio.”
Bill Clark/Roll Call/Getty Images

By JAMES BARRETT
August 27, 2019
1.7k views
Former congressman and newly announced Republican presidential candidate Joe Walsh told CNN Monday night that just before coming into the studio, he learned that his radio show was canceled. The notification, he pointed out, came just one day after he announced that he was taking on Donald Trump for the

On Sunday, Walsh, a former single-term representative for Illinois, announced that he’s “in” the race because the country “can’t take four more years of Donald Trump. And that’s why I’m running for President. It won’t be easy, but bravery is never easy. But together, we can do it.”

By Monday, Walsh found himself defending some past offensive tweets, which he admitted including some “racist things,” and to which he responded by accusing Trump of being a “sexual predator” and “serial liar” who is guilty of obstruction of justice. “I’m running against a sexual predator, a serial liar, a malignant narcissist, an obstructer of justice, a psychopath, a betrayer of this nation’s interests, a bigot, an incompetent boob, a failed businessman… and I’m getting attacked for some offensive & inappropriate tweets.”

@WalshFreedom
Friends, I’m in. We can’t take four more years of Donald Trump. And that’s why I’m running for President.

It won’t be easy, but bravery is never easy. But together, we can do it. Join me… join us: go to http://joewalsh.org .

Let’s show the world we’re ready to be brave.

@WalshFreedom
I’m running against a sexual predator, a serial liar, a malignant narcissist, an obstructer of justice, a psychopath, a betrayer of this nation’s interests, a bigot, an incompetent boob, a failed businessman…

and I’m getting attacked for some offensive & inappropriate tweets.
Monday evening, Walsh said, he learned that his show, which is distributed by Salem Radio Network, was “gone.”

“I just found out that I lost my national radio show, so that’s gone,” Walsh told CNN’s John Berman, as reported by Fox News. “But I figured that might happen.”

Estimating that around 80 to 90% of his audience back the president, Walsh said, he knew that when he made the announcement Sunday, his show “could be in jeopardy.”

While he said the decision to run was “difficult,” he believes it’s “urgent” because Trump is “a danger.”

“We cannot let get elected for another four years,” he said, echoing his campaign announcement.

Salem Radio Network has not yet responded to Walsh’s claim.

As The Daily Wirereported, Walsh told ABC’s “This Week” host George Stephanopoulos Sunday that he was taking on Trump because he’s “completely unfit to be president.”

“George, no surprise, we’ve got a guy in the White House who’s unfit, completely unfit to be president, and it stuns me that nobody stepped up, nobody in the Republican party stepped up,” said Walsh. “Because I’ll tell you what, George, everybody believes – in the Republican Party, everybody believes that he’s unfit. He lies every time he opens his mouth.”

Asked about polls showing a vast majority of Republicans backing Trump, Walsh said it’s just because “they don’t have an alternative.”

“The country is sick of this guy’s tantrum. He’s a child,” said Walsh. “Again, the litany – he lies every time he opens his mouth. Look at what’s happened this week. The President of the United States is tweeting us into a recession. I can tell you, George, that most of my former colleagues up on the Hill, they agree privately with everything I’m saying.”

Walsh went on to describe Trump as “nuts,” “erratic,” and “cruel.”

Walsh also appeared on Deadline on Monday and was pressed on past offensive comments, including pushing the birther conspiracy about Barack Obama, calling him a Muslim, and once using the N-word to make a point.

"I wouldn’t call myself a racist but I would say, [MSNBC analyst John Heilemann], I’ve said racist things on Twitter,” Walsh replied, as reported by The Daily Beast. “There’s no doubt about it. And an apology is not enough.”

As for saying Obama was a Muslim, he said that was a reaction to being “so disgusted with Obama’s policy towards Israel” and said, “I’ll get down on my knees because that was a horrible thing to say.” This is pretty hilarious! 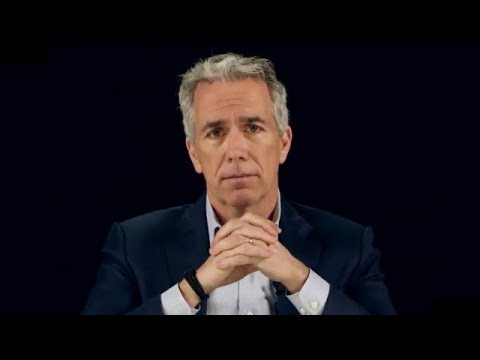