Joe, I have a plan Biden: Why Are Reporters Asking Me Questions?

Former Vice President Joe Biden isn’t used to getting real questions. On Friday, Biden appeared dumbfounded as to why a reporter was asking the projected Democratic presidential-elect a question as the press pool was being scurried away by staff.

“Mr. Biden, the COVID task force said it’s safe for students to be in class. Are you going to encourage unions to cooperate more to bring kids back to classrooms, sir?” asked CBS reporter Bo Erickson.

“Why are you the only guy that always shouts out questions?” Biden said.

It was a bizarre episode for the 78-year-old Democrat, who enjoyed the least amount of media scrutiny on the campaign trail of any modern candidate running for president. While serious revelations were emerging, revealing Biden’s role in his son’s potentially criminal overseas business dealings, reporters asked hard-hitting questions such as what kind of ice cream Biden purchased at a pit stop.

Erickson was also one of the few reporters to ask Biden about the scandals plaguing his campaign, bombshells suppressed by Big Tech and either ignored or dubiously delegitimized by other mainstream outlets. When pressed on the issue, Biden lashed out at the media.

Erickson’s treatment of the former vice president Friday was the same treatment the media offered to President Donald Trump and his staff throughout the entire last four years, which was on full display again in the White House briefing room on the same day.

Meanwhile, one would be hard-pressed to find California Sen. Kamala Harris, Biden’s running mate, at any point throughout the entire general election campaign taking a single question from a reporter during a press conference.

The media gave a preview of how it would treat a Biden administration on Monday, when Biden began speaking with reporters, who lobbed him softball questions. Joe Concha, a media reporter for The Hill, dubbedthe incoming presidential press corps “The new marshmallow media in the Biden era,” in a column published Thursday.

“Any press conference Biden has held since capturing the Democratic nomination has consisted mostly of questions about President Trump and very few questions about Biden’s own worldview, record, policy stances or perspective on important issues such as trade, foreign affairs, gun control, immigration, education, or taxation as it relates to repealing the Trump tax cuts,” Concha wrote. “Of the 12 questions Biden received Monday, there were zero follow-ups. Zero interruptions during answers. Zero questions about any of the issues above, which rank as among the top concerns on voters’ minds, along with the coronavirus.” 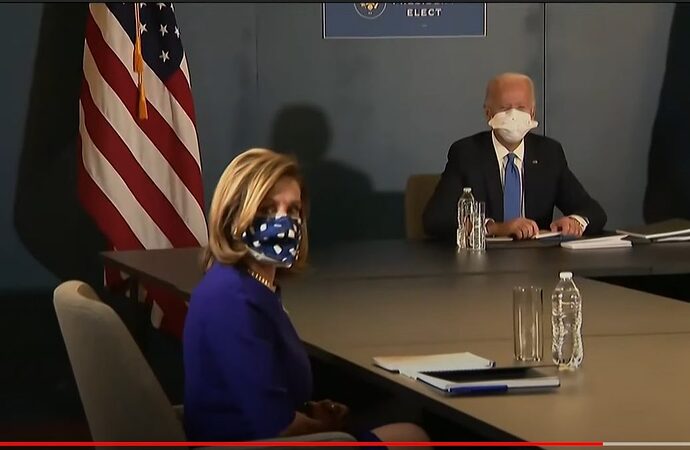 Joe Biden: Why Are Reporters Asking Me Questions?

On Friday, Joe Biden appeared dumbfounded as to why a reporter was asking the projected Democratic presidential-elect a question.

This is being taken way out of context. President-elect Biden was clearly addressing why the Trump cult reporter was screaming at him. Most people do not appreciate someone shouting at them.

Spot on. They take everything out of context to fit their narrative. It’s no wonder why this country is the laughing stock of the world.

It’s no wonder why this country is the laughing stock of the world.

This country is a laughing stock because stupid people voted for the village idiot with dementia.

But then again he has the press to ensure it isn’t too hard.

Reporter 1, Question 1: “Good to see you … You spoke about the need to access the outgoing administration’s COVID vaccine distribution plans. What do you see as the biggest threat to your transition right now, given President Trump’s unprecedented attempt to obstruct and delay a smooth transfer of power?”

Reporter 2, Question 1: “Thank you, Mr. President-elect. You just spoke of some of the dangers of the president’s continued stonewalling of this transition. But it doesn’t appear that the president is going to come around anytime soon and admit defeat. So, what are you going to do? What options do you have to try and ensure that you are ready to go on Day One?”

Reporter 2, Question 2: “What is your message to Republicans who are backing up the president’s refusal to concede? You clearly need to work with them going forward.”

Reporter 3, Question 1: "Thank you very much, Mr. President-elect. I want to kind of piggyback off of that. I want to get your thoughts on the president’s tweet over the weekend, where he first seemed to acknowledge that you won, then he said he won’t concede, then he said, ‘I won.’ How did you interpret that? And at the end of the day, do you want him to concede?”

Nothing like T-ball with a beach ball, softball isn’t even in question who it comes to questions of the feel Biden. 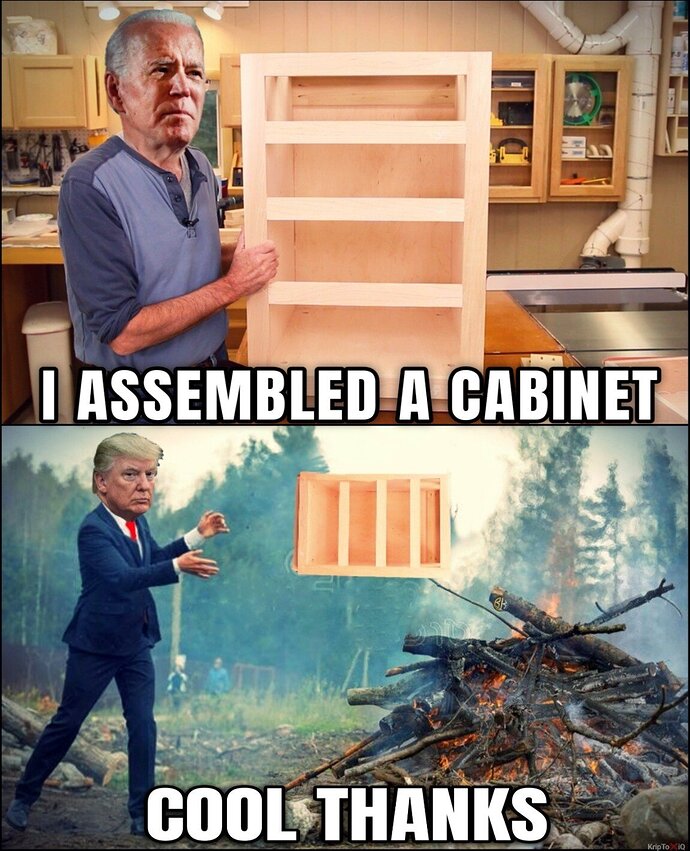 Joe stated time and time again he has a plan for the covid virus, is it time yet or do we have to wait until a vaccine is available???