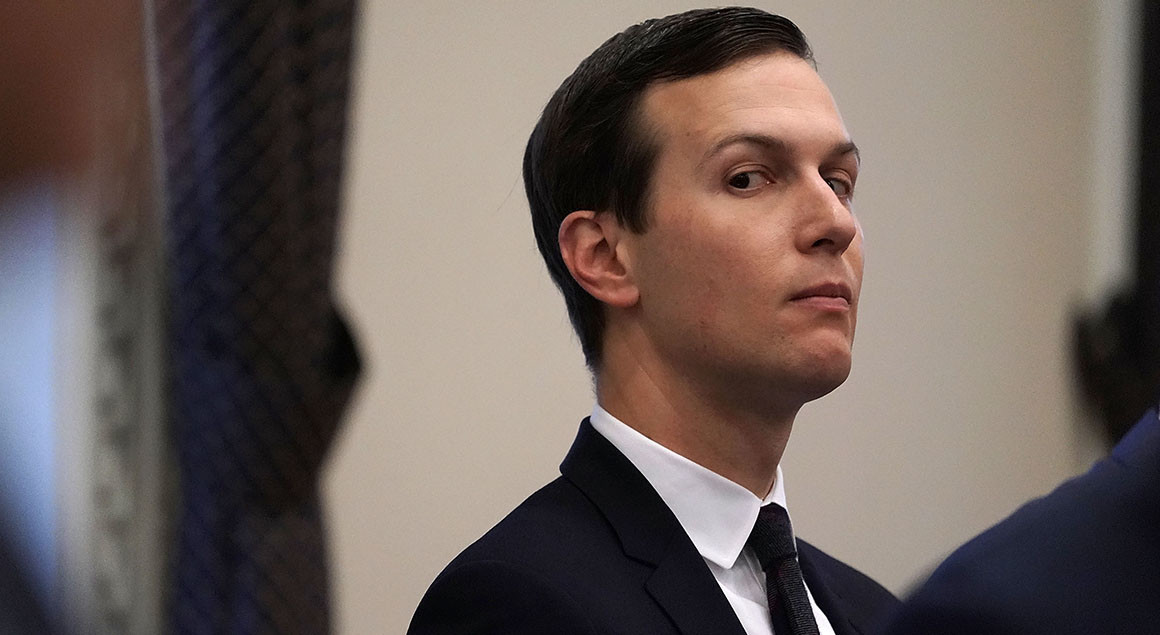 At one point Jared Kushner and wife Ivanka Trump were rumored to be moving back to Manhattan, having grown sick of the poor reception they’ve received in Washington. Well, not only is that not happening, but Kushner has gotten himself into a potential legal mess using WhatsApp, an app that lets you talk to people all over the world — for free.

The House Oversight Committee divulged Thursday that Kushner has been using the app to conduct official White House Business.

Kushner has until April to produce documents.

Kushner has been tasked with the White House Middle East policies. So naturally he has been chatting with Saudi Crown Prince Mohammed bin Salman via WhatsApp. Kushner’s lawyer, Abbe Lowell, is saying that Kushner has been screen capping his conversations in order to preserve them.

The reaction has been swift, although it’s obvious that much of journo-Washington doesn’t care for Kush.

“The way Jared Kushner felt about journalism may give you a general idea of how he feels about government service,” tweeted New York Times investigative reporter Vicky Ward on Thursday. Ward is the author of Kushner Inc., who writes in her new book that President Trump told former Chief of Staff John Kelly that he wanted Jared and Ivanka sent back to New York. The White House has denied this allegation and said the book is based on “shady, anonymous sources.”

The Intercept reported Thursday that Kushner’s lawyers have instructed him to stop using WhatsApp to communicate with foreign leaders. Please note…even the lawyer for Kushner now requires a spokesman.

“Asked about Kushner’s use of WhatsApp to communicate with foreign officials, his attorney’s spokesperson [Peter] Mirijanian said, ‘Without commenting on who he talks with and how he does his work, Mr. Kushner is in conformity with the Presidential Records Act and other rules.’ Kushner’s attorneys have since told him not to use the app for official business, according to a source with direct knowledge of the exchange.”

Matthew Miller, a justice and security analyst for the left-leaning MSNBC, pointed out that Lowell does not speak for the White House.

“Among the many questions this raises, why is Kushner’s private attorney responding to questions about official WH business?” he asked on Twitter. “He speaks for Kushner, not the WH, so we can’t possibly know if his answers are the whole story, as his false answers on Jared’s security clearance showed.”

To make matters worse for him, Kushner also has conservative commentator Ann Coulter on his ass. (RELATED: Strip Kushner Of His Degree Or Free Felicity Huffman)

No matter what happens to Kushner, what an advertising boon for WhatsApp.

The app boasts about an encrypted messaging system that allows only you and whoever you’re communicating with to see the messages. Not even WhatsApp has access.

We’ll see what Cummings and the rest of his committee have to say about it.

First son-in-law Jared Kushner is the subject of a House Oversight Committee inquiry. The committee divulged Thursday that Kushner has been using WhatsApp to communication with foreign leaders.

I’ve never cared for this smug prick. Trump should have tossed him and Ivanka out and kept Bannon. I don’t trust anyone who looks like they’ve never been in a fight.

I for one, will shed no tears if both of those tools are removed from the White House…

Kushner looks and sounds like he’s 14. He is a smug prick, all I can think of is a whole boatload of money to get someone as hot as Ivanka interested in that smug little boy.

The Trumps are weird, they are at times idiotic; think of how progs’ heads must throb to think that he will be re-elected because their candidates are so open about wanting to ruin the country.