James Biden Being Investigated by Feds for Influence Peddling, Setting Up Meetings with Brother - Joe Biden 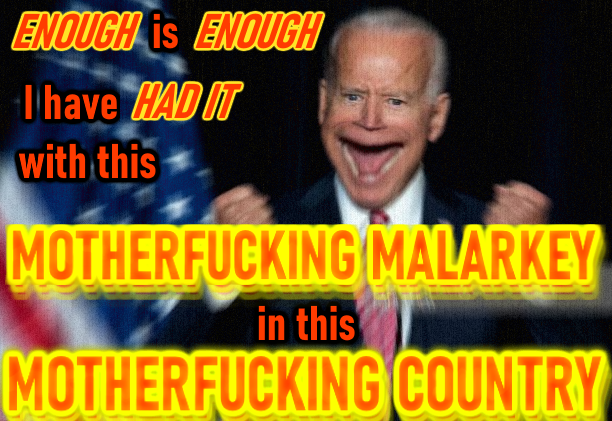 The majority of politicians in the USA are corrupt. It’s part of the selection process so as to more easily control them: not only by blackmail for their perverted fantasies but also because they are naturally inclined that way to do bad things in politics. Their families are often just as involved and just as bad. Case in point:

According to Politico, James Biden’s business with medical companies – including Americore Health – has led to allegations that he potentially engaged in fraud and traded on his brother’s name, by claiming Joe was interested in the venture and the family name could provide opportunities.

“It was all smoke and mirrors,” former Americore Health executive Tom Pritchard told Politico. James Biden reportedly convinced Americore that he could use his political clout to deliver a significant influx of cash in the form of an investment from the Middle East, and even convinced the company to take on financial burdens including a six-figure loan to James that he has yet to repay.

Everyone knows that Biden and his entire still living family are all criminals, including his lifelong friends in Congress who won’t do anything about it because Biden probably has decades of dirt on them and they don’t want to get exposed. It’s how these pieces of shit operate.

Nothing surprises me with these people any more. There is NEVER any accountability and that is getting really damn annoying. No one connected to a politician ever faces the consequences for anything. The only politicians to go down for something are the ones that other politicians allowed it to happen to.

James Biden will just deny anything like this ever happen, the press will nod their heads, and nothing more will be heard about this.

Has he ever had a normal job? Or has he been a professional politican?

I don’t think Joe Biden has ever actually held a real job in his life. His brother might have just tag along with him for the ride. Who knows…they are all criminals.

You guys are all to cynical, I’m sure all of this Biden shit is legit.

You guys are all to cynical, I’m sure all of this Biden shit is legit.

I think you’re spot on!

Cue in Hillary…Politicians are so terrible.