“I will ban fracking—everywhere.”[1]
— Elizabeth Warren

“Any proposal to avert the climate crisis must include a full fracking ban on public and private lands.”[2]
— Bernie Sanders

“I favor a ban on new fracking and a rapid end to existing fracking.”[3]
— Pete Buttigieg

The extraction of oil and gas through the techniques of horizontal drilling and hydraulic fracturing (colloquially, “fracking”) has catapulted the United States into leadership of the world’s energy markets. Since 2007, fracking has doubled U.S. oil production and increased gas production by 60%. Instead of a major importer, America is rapidly becoming the largest exporter of oil and is expected to supply the majority of net new energy traded on global markets over the next two decades.

If the U.S. imposed a fracking ban, the supply disruption would trigger the biggest oil and natural gas price spikes in history—almost certainly by more than 200%—which would, in turn, tip the world into recession. Even the expectation that a ban could be enacted would destabilize markets. U.S. imports and the trade imbalance would soar, as would consumers’ spending on energy. To keep the lights on, America would have to nearly double the quantity of coal burned, as well as import up to 1 million barrels of oil per day for dual-fueled power plants that would lose access to natural gas.

1. Fracking technology has nearly doubled U.S. oil production, an increase of some 7 million barrels per day (mmbd) since 2007, as well as another 10 mmbd (in energy-equivalent terms) rise in natural gas production. [4]

2. A ban on fracking would eliminate 7% of world oil and 17% of world gas supply in a global commodity market where changes of even 1%–2% in the supply/demand balance trigger huge price swings.

3. Alternative energy sources—in particular, wind and solar—could not replace what would be lost from a ban on fracking in time to prevent massive economic and social disruptions.

“A fracking ban, regardless of motivation, is anchored in magical thinking that non-hydrocarbon energy sources could fill a massive global energy shortfall if the U.S. exited the world stage as a major supplier of oil and natural gas. Both fuels will be critical for the global economy for decades to come. The key issue is not whether wind and solar can supply more energy—they can and will—but whether a future American administration would reverse the progress of the last decade in lowering energy prices and enhancing geopolitical stability.” 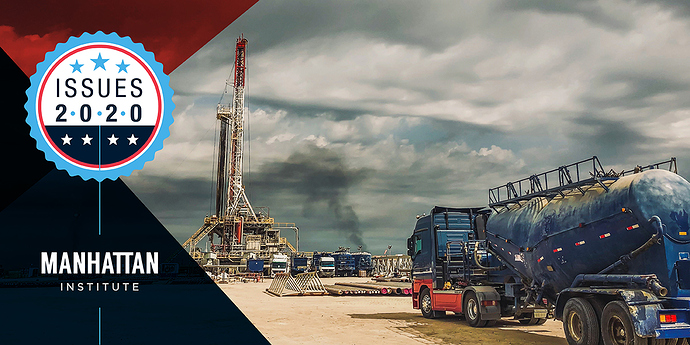 The Economic Consequences of a Fracking Ban | Manhattan Institute

Most Democratic hopefuls, including Pete Buttigieg, Bernie Sanders, and Elizabeth Warren, would ban fracking or severely restrict it. Energy expert, Mark Mills, describes the economic repercussions of a ban on fracking.

“I will ban fracking—everywhere.”[1]
— Elizabeth Warren

“Any proposal to avert the climate crisis must include a full fracking ban on public and private lands.”[2]
— Bernie Sanders

“I favor a ban on new fracking and a rapid end to existing fracking.”[3]
— Pete Buttigieg

These are the same people who believe in man made global warming and probably would be on board with sending the country back to the 12th century as AOC would do with her green deal.

They are not serious candidates for this country; they are laughing stocks.

If anyone did vote for them, it would be for the “free stuff” promised to them, especially a student loan bailout.