In the article I list below, is apt to point out the wasteful spending of Tax payers dollars in the state of Minnesota in order to subsidize art works that turn out to be really bad. The point is and the article makes good to point out:

"A large majority of the projects supported by the State Arts Board have no apparent political angle, although quite a few could turn out to be leftist when they are delivered. Many, probably most, are not amenable to politicization. But not a single one has an apparent conservative perspective. It is fair to ask, why should taxpayers be forced to support the creation of art at all? And if they are going to support the creation of art, or alleged art, why should 100% of the projects supported, if they have an apparent political leaning, be leftist?

The simplest solution is, bring back the Golden Fleece. Taxpayers’ money is being wasted, or worse. Let’s end the left-wing boondoggle"

Lastly, wouldn’t overall quality of Art improve if it forces Artists to compete in the free market place instead of getting a Tax payer handout to be commisioned, sort of like a welfare payment? I don’t know about you, but I am tired of seeing horrible art done by leftists idiots! The difference between good and bad Art is effort, and giving tax payer funded handouts undermines that premise.

Bring Back the Golden Fleece!

Back in the days when some Democrats actually cared about government waste, Senator William Proxmire of Wisconsin became famous for his 'Golden Fleece' award, which exposed absurd federal spending boondoggles. Since then, the government's...

Doc I posted this in RH a while ago and because of your Geography you might need to google about “Banksy” first to get some background but I enjoyed the vid as it highlighted how much of a scam much of this so called modern art bullshit is but also the way they have produced this mythical character.

We even had some disgusting unmade bed with filthy clothes lying around it feature here as a stunning work of art. People are brain dead and like the idea of being “current”, deluded fools. My Bed is a work by the English artist Tracey Emin. First created in 1998, it was exhibited at the Tate Gallery in 1999 as one of the shortlisted works for the Turner Prize. It consisted of her bed with bedroom objects in a dishevelled state, and gained much media attention. Although it did not win the prize, its notoriety has persisted. It was sold at auction by Christie’s in July 2014 for £2,546,500. The idea for My Bed was inspired by a sexual yet depressive phase in the artist's life when...

Absolutely one of the stupidest things our government gets involved in.

Yeah Stu! I learned about Banksy when I watched this about 8 years ago: 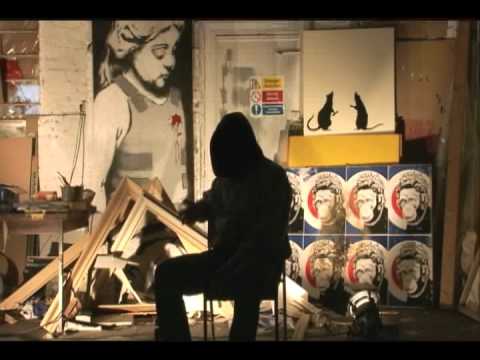 Anyhow, that piece of shit art known as “My Bed” and what is being passed as art these days is what we call the post modernist disease! “Its open to interpretation!” Bullshit! I would take exception to my Tax dollars supporting such crap! If artists want to be artists then what better way than to force them to make it on their own, and get funded by the private sector that is what it was intended to be. What a scam!

There are elephants that possess more artistic talent than some “artists” that we support with our tax dollars. 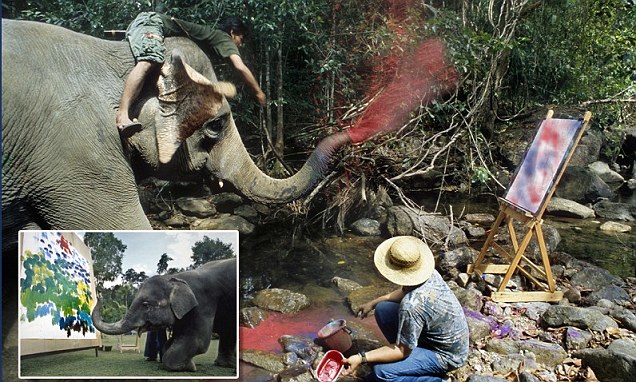 Seven of the animals - who live in Maesa Elephant Camp, Chiang Mai, Thailand - have been taught to paint surprisingly complicated scenes using brushed designed to fit snugly in their trunks.

What’s funny about that “My Bed” story is that the artist’s former boyfriend came right out and said that she was a talentless hack and that is was a giant scam. No one listened.

No one listened because they were too busy being overdosed on consumerism! Not to mention the PC culture at the time were too afraid of criticizing what is considered “bad art” for fear of offending the sensitive artists! (eyes rolling)