It seems C-SPAN is editing the transcripts of recorded briefings by President Trump.

The quotes that Trump-haters are throwing around happen to be accurate reports of the inaccurate C-SPAN transcript. 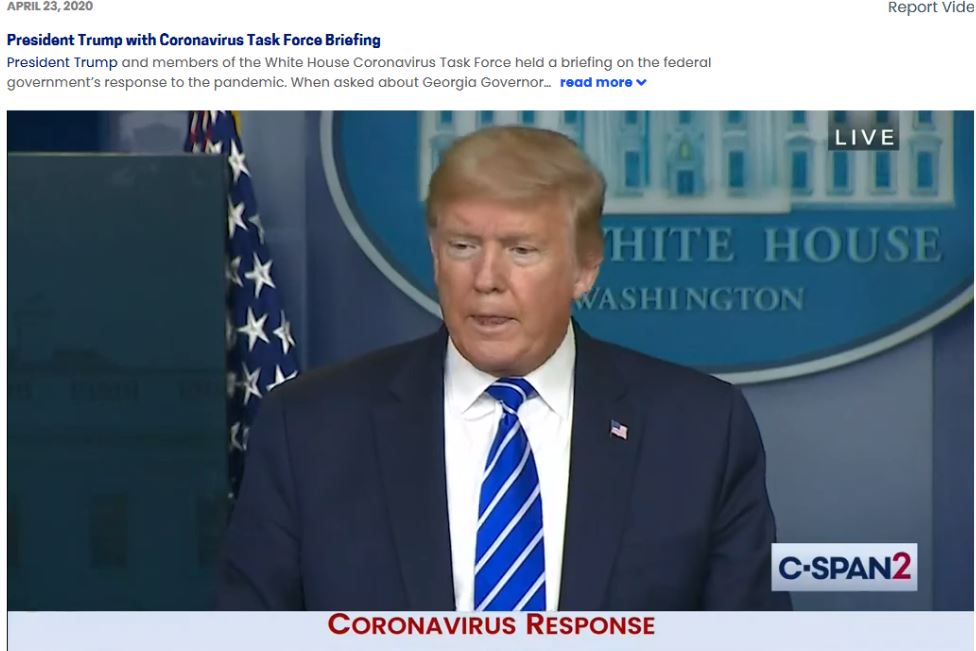 Oh come on. Seriously? They are just supposed to sit there and summarize what happened…not editorialize.

Read the American Thinker article carefully. It took me a while to grasp what it says.

On edit:
C-SPAN explained that the closed captioning on their tapes is generated by a third party and is not guaranteed by C-SPAN to be accurate.

Cable news media is a 24/7 advertisement paid for by vaccine companies that’s pretending to be legitimate news.

So are you saying that Gilead (Vaccine maker) is being paid by CNN?