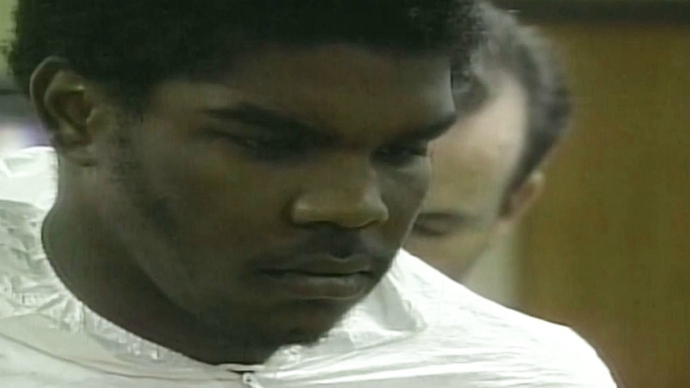 Man convicted of killing 2 Rhode Islanders in 2000 requests release from...

In 2000, 20-year-old Jason Burgeson and his girlfriend Amy Shut were carjacked in Providence and were driven to a Button Hole Golf Course where they were blindfolded and told to turn over their cas…

JOHNSTON, R.I. (WPRI) — The man behind the murder of two people at a Rhode Island golf course is asking to be released from prison.
In 2000, Jason Burgeson, of Lakeville, Mass., and Amy Shute, of Coventry, R.I., were carjacked in Providence and driven to Button Hole Golf Course where they were blindfolded and told to turn over their cash. After handing over a total of $18, Greg Floyd shot and killed the two.

In the most powerful country on the planet, its people say goodbye to one of its best sons.

Even presidents are not buried like this. A golden coffin, hundreds of thousands of mourners and sobbing, thousands of kneeling apologize to the black population of some states.

The Mayor of Minneapolis clutched the coffin with the body of its most worthy citizens of America.

Choking on saliva, the ex-wife of the murdered weeps, though, the last time she saw him was 6 years ago. That’s when he left her with their three-month-old daughter. He hadn’t sent any alimony for his daughter over the years. However, the unhappy widow has been crying for a week that she was left without a breadwinner.

Therefore, compassionate Americans collected oodles of money for her. She’s received around $ 20,000,000 from the world and money continues to flow in.

The University of Massachusetts has established a George Floyd scholarship.

The great Floyd’s rap sheet listed robberies, for drug trafficking, for armed robberies (last time, holding a pregnant woman by the throat and putting a gun barrel to her belly while demanding money). Then he worked a deal with the investigators. Floyd handed over all his accomplices so they reduced his sentence by several years.

Floyd’s autopsy revealed drugs in his blood. This is the national hero of America of the 21st century.

But there were followers. The Floyd love affair lives and grows.

Mass robberies and violence, as a sign of respect and grief for George, swept the US and now grows into a world wide event.

The most beautiful areas of our cities, including New York and Los Angeles plus many others have now been destroyed. Probably never to return to their former elegance.

Many policemen were killed.

A 17-year-old girl was terribly raped, hundreds of police officers were burned, and not just cars; streets, squares, and parks were burned as well.

US presidential candidate Joe Biden also fell to his knees.

This didn’t bother hundreds of thousands of admirers of St. Floyd. On their knees, no less!

FACT: This man DID NOT DESERVE to die!!! HOWEVER, the Left and Media have essentially CANONIZED this man and he certainly was no HERO or SAINT; just an The madness of crowds?

I know - it’s really strange, especially being the entire western world? Russia is the only sane country on the planet at the moment.