Speaker Nancy Pelosi and House Democrats on Tuesday introduced an updated Dream Act that would provide permanent legal protections and a pathway to citizenship for the millions of undocumented immigrants known as “Dreamers” who came to America as children.

The bill, H.R. 6, called the Dream and Promise Act of 2019, would extend protections for Temporary Protected Status and Deferred Enforced Departure recipients, providing work permits and blocking deportation for immigrants from countries grappling with war or natural disasters. It would benefit roughly 3.6 million Dreamers, including the 800 thousand who have been shielded from deportation under the Obama-era Deferred Action for Childhood Arrivals (DACA) program.

Pelosi promised in 2018 that if Democrats won the House, they would bring the Dream Act to a floor vote. In 2017, when Republicans rejected a floor vote of the Dream Act, Democrats attempted to force a vote by filing a discharge petition but failed to get enough signatures. 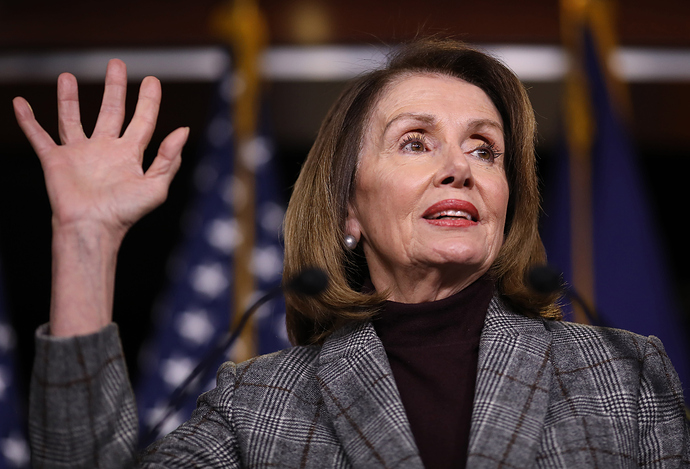 House Democrats roll out legislation to provide permanent protections for...

On Tuesday, Speaker Nancy Pelosi and House Democrats introduced a new measure for the Dream Act that would provide permanent legal protections and citizenship pathways for the millions of undocumented immigrants known as "Dreamers" who came to...

Protecting 3.6 million dreamers. How can that be when there are only 11 million illegals in the US???

DOA in the Senate without something in return for GOP support.

Unfortunately it’s a double edged sword as the Dems know.

Granting citizenship to the kids allows the parents to apply for citizenship.

Exactly why it will never make it to Trump’s desk, where he would most certainly veto it. DEMs know it has no chance and are just posturing. Similar to what the GOP did with Obamacare until they suddenly had to put up or shut up.

Little kids are starving in Africa but let’s spend money on “dreamers”. Why?
Little starving kids in Africa can’t get to America’s polling places on election day in 2020.

Democrats: we stand with Illegal Aliens and against the American people.