This is pretty hilarious because a Liberal watch Dog group who was trying to go after Giuliani and paint a narrative of corruption in his role of the Ukraine scandal has failed in spectacular fashion! Sometimes life has beautiful timing of poetic justice that is just too good to ignore and this is one of those moments!

Responding to a Freedom of Information Act lawsuit from the group American Oversight, the State Department on Friday night released almost 100 pages of records detailing efforts by Trump attorney Rudy Giuliani to investigate corruption, which include contacts with Secretary of State Mike Pompeo and Rep. Devin Nunes (R-CA) earlier this year.

While American Oversight’s ‘gotcha’ is that Giuliani had “multiple contacts” with Mike Pompeo and others while investigating Ukraine corruption, they completely ignore interview notes containing detailed allegations by former Ukraine Prosecutor General Viktor Shokin - who Joe Biden had fired, as well as his successor, prosecutor general Yuriy Lutsenko - who “believes Mr. Viktor Shokin the former Prosecutor General is honest.”

“He was appointed to the position of General Prosecutor of Ukraine from 2015 until April of 2016, when he was removed at the request of Mr. Joseph Biden the Vice President of the United States .”

“He [Shokin] became involved in a case against Mr. Mykola Zlochevsky the former Minister of Ecology and Natural Resources of Ukraine. The case was opened as a result of Mr. Zlochevsky giving himself/company permits to drill for gas and oil in Ukraine . Mr. Zlochevsky is also the owner of Burisma Holdings .” 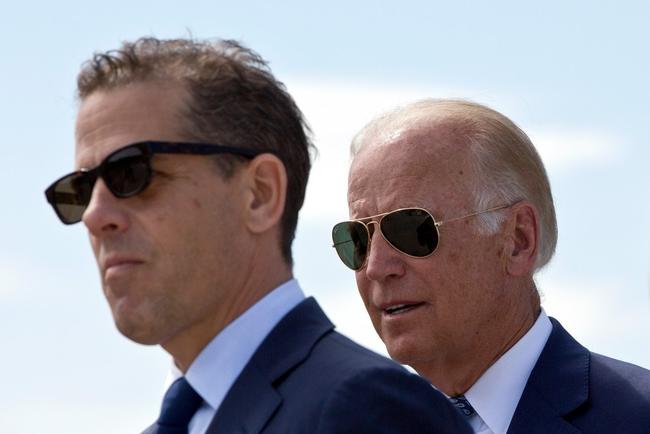 "According to Mr. Lutsenko the $900,000 invoice was for services rendered for lobbying by Joe Biden."