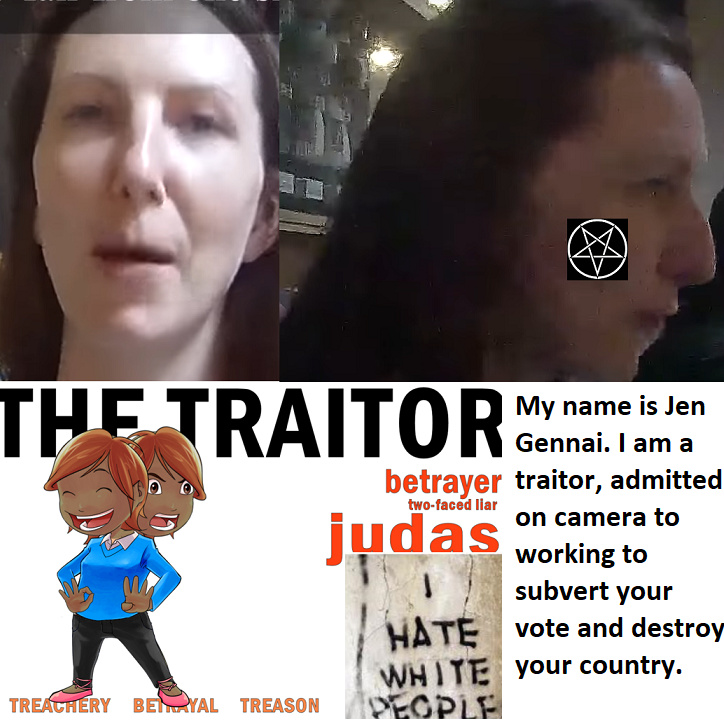 This arrogant bitch. She is now responding to Project Veritas and claiming to be the victim in all of this. What’s funny is she acts all powerful and authoritative in the Project Veritas video where she is openly shutting down conservatives and talking about how Google is going to make sure the United States never repeats the election of 2016… But then the minute conservatives fight back against her and her company she cries and complains that she’s the victim.

"I’ve spent the last 12 hours travelling back from Dublin to San Francisco, unaware of what was happening on the ground. When I touched down today, and I turned on my phone, I received the shock of my life. I had received an enormous collection of threatening calls, voicemails, text messages and emails, from people I’d never met.

Someone wrote “Your ideology will be shredded to pieces, just moments before you got executed for treason…you are living lended time, enjoy till then”. There were plenty more threats like this. I’ve never been so fearful.

So why did this happen?

In late May, I accepted an invitation to meet with a few people who claimed to be from “2 Step Tech Solutions”. They said they wanted to chat to me about a mentoring program for young women of color in tech, an area I’ve long been passionate about. We went for dinner at a restaurant in the Mission, San Francisco.

Unfortunately, I now know that these people lied about their true identities, filmed me without my consent, selectively edited and spliced the video to distort my words and the actions of my employer, and published it widely online. I now know they belong to a group called “Project Veritas”, which has done this to numerous other people working in the tech and other sectors.

Why did they do this to me? It seems they found that I had spoken publicly at Google I/O on Ethics, and they wanted someone who would give them juicy soundbites about tech’s alleged bias against conservatives. Over the course of a two hour dinner, I guess they think I delivered.

Project Veritas has edited the video to make it seem that I am a powerful executive who was confirming that Google is working to alter the 2020 election. On both counts, this is absolute, unadulterated nonsense, of course. In a casual restaurant setting, I was explaining how Google’s Trust and Safety team (a team I used to work on) is working to help prevent the types of online foreign interference that happened in 2016. Google has been very public about the work that our teams have done since 2016 on this, so it’s hardly a revelation.

The video then goes on to stitch together a series of debunked conspiracy theories about our search results, and our other products. Google has repeatedly been clear that it works to be a trustworthy source of information, without regard to political viewpoint. In fact, Google has no notion of political ideology in its rankings. And everything I have seen backs this up. Our CEO has said ”We do not bias our products to favor any political agenda.” He’s somewhat more powerful and authoritative than me.

But despite what the video may have you believe, I’m not involved in any of these products, just like I’m not involved in any of the other topics Project Veritas baited me into discussing (whether it’s antitrust, Congress, or the dozens of other topics that didn’t appear in the video, on which I presumably didn’t say anything that could be twisted to their advantage). I was having a casual chat with someone at a restaurant and used some imprecise language. Project Veritas got me. Well done.

I don’t expect this post will do anything to deter, or convince, the people who are sending me abusive messages. In fact, it will probably encourage them, give them oxygen and amplify their theories.

But maybe a few people will read it and realize that I’m not the cartoon cut-out villain that Project Veritas would have you believe.

Maybe someone will read it, be more skeptical about a dinner they’re invited to, and avoid the same trap I fell into.

And maybe some people will take a pause and reflect on how toxic and menacing our online discourse has become, about how quick we are to believe the worst of each other, and think about the human cost of demonizing and doxxing people, the way that Project Veritas has done to me."

This is not how I expected Monday to go!

I’ve spent the last 12 hours travelling back from Dublin to San Francisco, unaware of what was happening on the ground. When I touched…

She’s panicking. She knows that this is going to result in her having to forfeit her massive salary as a result of violating a non-disclosure agreement.

Jen Gennai is fucked. I’m sure she has Google alerts turned on to let her know anytime her name is mentioned on the internet.

I hope she reads this.

She didn’t voluntarily disclose anything so I wouldn’t count on it.

She was talking to a group of non-employees. If you haven’t seen the full video, you should watch it. She was making statements on behalf of Google.

That isn’t a public disclosure, it was supposed to be a private conference with other big tech CEO’s and exec’s.

I doubt we’ll see her forced out over this or that she’ll lose any of her stock options, pay, or benefits.

Here she basically admits that she still wants to censor everyone.

She is wickedly ugly too!

She has got to be feeling the pressure. The MSM is starting to cover this .

The most hilarious part of this is it probably would have never made it to WaPo but the dumb bitch bashes Elizabeth Warren so now the WaPo and NYT are forced to cover it to protect Warren. HAH this bitch seriously single handedly sank the biggest corportation in the history of mankind.

The most hilarious part of this is it probably would have never made it to WaPo but the dumb bitch bashes Elizabeth Warren so now the WaPo and NYT are forced to cover it to protect Warren.

What makes you think that WaPo is protecting warren???

Probably their heavily biased coverage of her. That would be my guess.

HAH this bitch seriously single handedly sank the biggest corportation in the history of mankind.

Here she basically admits that she still wants to censor everyone.

Censorship happens on a regular bases right here on this board.

Well that’s of course a lie.

It’s quite the fantasy… . 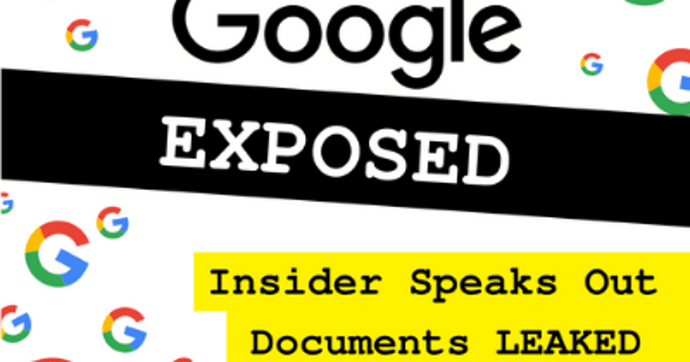 (New York City) — Project Veritas has released a new report on Google which includes undercover video of a Senior Google Executive, leaked documents, and testimony from a Google insider.

BIG UPDATE: YouTube has REMOVED the video from their platform. The video is still available on this website page

UPDATE 1: Congressman Louie Gohmert issued a statement, saying “Google should not be deciding whether content is important or trivial and they most assuredly should not be meddling in our election process. They need their immunity stripped…”