The limitations of lithium-ion batteries are well known at this point, so a number of automakers are exploring alternatives such as lithium-air technology.

Honda is taking a different approach as their scientists have teamed up with researchers from the California Institute of Technology and NASA’s Jet Propulsion Laboratory to develop a new battery chemistry that promises to be a significant improvement over current battery technology.

While the details will probably make your eyes glaze over, Honda says the research paves the way for “high energy-density batteries capable of meeting rapidly growing energy storage needs by overcoming the current temperature limitations of fluoride-based battery technology and by demonstrating the room-temperature operation of fluoride-ion based energy cells.”

Putting aside the science mumbo jumbo for a minute, the chief scientist of the Honda Research Institute said “Fluoride-ion batteries offer a promising new battery chemistry with up to ten times more energy density than currently available lithium batteries.” That’s a huge improvement and fluoride-ion batteries have the potential to be significantly lighter than lithium-ion batteries while also delivering a vastly improved range when used in electric vehicles.

Of course, fluoride-ion batteries have their drawbacks as Honda noted current solid-state fluoride ion-conducting batteries need to operate at temperatures above 302 F° (150° C) to make the electrolyte fluoride-conducting. This has been a “significant challenge,” but the research team found a way to create a fluoride-ion electrochemical cell capable of operating at room temperature.

Honda says this breakthrough was achieved by using a “chemically stable liquid fluoride-conducting electrolyte with high ionic conductivity and a wide operating voltage.” The scientists also developed a unique electrolyte using “dry tetraalkylammonium fluoride salts dissolved in an organic, fluorinated ether solvent.” This is paired with a composite cathode which features a core-shell nanostructure made of copper, lanthanum and fluorine. Thanks to this setup, the researchers were able to successfully demonstrate reversible electrochemical cycling at room temperature.

Toothpaste powered cars. Reminds me of Back to the Future.

Very cool news, trying to visualize the chemistry in the last paragraph reminds me of this: 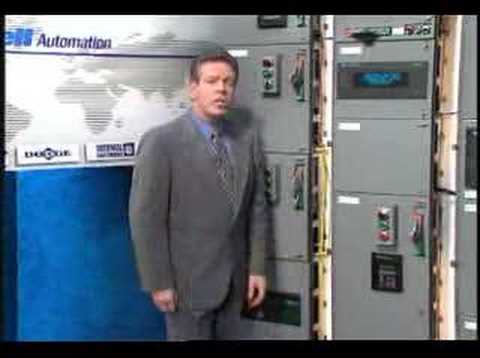 Interesting but operating temps that high pose some real safety risks and would be pretty well impossible to maintain particularly when the machines/cars are not operating.

Lithium Ion is still in the las:
scientists from the Lomonosov Moscow State University in collaboration with American colleagues, have found that oxygen reduction could proceed differently, depending on the peculiarities of the electrolyte used. Now Daniil Itkis’ scientific team has shown that the mechanism of the reaction could vary also depending on the degree of the carbon electrode material imperfection. In their project, scientists have compared how the process proceeds on different model graphitic electrodes. In their earlier work, scientists assumed that an attack of superoxide anions on carbon materials started in places where there are defect sites in carbon. In the current study, scientists have proved this hypothesis in the electrolytes often used in lithium-air battery research.

Daniil Itkis continues: “In general, the result is disappointing, as there are no carbon materials without imperfections in reality. It means that we should look for ways to help to shift the region where the reaction proceeds, farther from the carbon material. Now we are actively thinking this matter over. It’s difficult to say now whether lithium-air batteries will be cheaper or more expensive than lithium-ion ones. We could assume that they will be cheaper. But the problem is often hidden in details. It can turn out that in order to reach rechargeability, we’d have to add some very expensive additives. I could say that we won’t get any prototypes till between 2020 and 2025.”

Fluoride Ion:
But fluoride can be challenging to work with, in particular because it’s so corrosive and reactive.

Fluorine batteries actually exist now – you can buy them in drugstores for cameras – but they aren’t particularly efficient. These currently available batteries employ a carbon monofluoride structure.

Will the batteries wind up in grid storage? Probably not, says Gunderson. The economics are challenging.

An electric vehicle that can only operate at “room temperature” is still pretty worthless, even in the hotter places on Earth.

One that can’t operate across the normal spectrum of temperatures where humans abide is going to be pretty useless period.

That is bc the presenter is using a lot of jargon without any sort of visuals aids or proper priming / background explanation. Here, try this. Yes. Other people in this thread decrying the high-temperature operating condition and corrosive nature of this ongoing research should take a step back and put down their honorary PhD degrees. Time will tell.

Fluorine batteries actually exist now – you can buy them in drugstores for cameras – but they aren’t particularly efficient. These currently available batteries employ a carbon monofluoride structure.

I think those are mostly non-rechargeable, with carbon monofluoride (CFx) added to increase the energy density (and thus lighter weight), inertness, higher range of operating temperature, low self-discharge and long shelf-life vs. primarily lithium system. Thus they are mostly made as “button” batteries in watches, laptops, and other systems that dont require frequent battery change (i.e. set-and-forget).

This research concerns the development of a primarily fluoride-ion system, afaik.

That is bc the presenter is using a lot of jargon without any sort of visuals aids or proper priming / background explanation. Here, try this.

Actually, it’s because it was a joke thrown together by an actor and some Rockwell folks.

I almost went into semi-conductors in EE. Flouric acid is used in semiconductor production and is incredibly strong, it etches silicon dioxide, rocks. Put a drop on the palm of your hand, and it comes out the other side.

I quit Chem in early undergrad, but it will be interesting to see if they can bring this tech to production without toxic/caustic effect.

Research on batteries will continue. Like lithium ion, they will find other configurations that are more efficient that what w have today.

What people fail to realize os that storage for autos, business, home today requires a great deal of space. The other issue we face is maintenance. The gell cell battery touted to be maintenance free is certainly not maintenance free.

Will fluorine batteries be the answer? That remains unknown.
Fluoride Ion can be challenging to work with, in particular because it’s so corrosive and reactive.

Until we find new ways to store energy, the dream of 100% green energy remains a dream and far from reality.

My first response to that video was “My God man! Shut the fuck up!” He could have presented that whole thing in under three minutes.

That said, I love the CVT in my wife’s Subaru Forester.

Most electrolytic solvents / solutions are caustic and flammable, thats why there were much buzz about solid state batteries when I was taking an undergrad class on energy storage and conversion. Well, I found an article in recent time here