Whoever is right, here is exhibit 66: the left cannibalizing itself.

Far-left Commune Magazine is shutting down after its migrant editor purportedly raped an Antifa activist.

A report by National Justice has revealed that the New York-based magazine is closing its doors after Commune ‘s editor Shyam Khanna, 31, was accused of rape by Antifa organizer Jessica “Leila” Raven.

“With regret, Commune is discontinuing operations and will not publish any further,” the magazine’s Twitter account said on Wednesday. “Subscribers will receive refunds as we work out the details of our final obligations.”

In late March, Raven claimed in a Medium op-ed that she had been raped by Khanna, an Indian migrant. National Justice summarized the facts of the case:

Khanna had been abusing her and then committed a rape against her. Raven then confronted him, demanded an apology and asked him to read four feminist essays. After Khanna agreed to read the articles, he raped her again, the accuser says.

Raven, an African-American former sex worker, is a prominent advocate of mass migration and releasing illegal aliens. Her Twitter username is “free them all + house them too”, in reference to her vision of releasing all incarcerated individuals and giving them free social housing. Due to her opposition to incarceration, she has declined to press charges against Khanna.

“Leila Raven (she/her) is a queer mama, prison abolitionist, and community organizer from New York City,” she wrote in her bio for her position within Hacking Hustling, a pro-sex worker hacker collective.

“When she’s not organizing, Leila can be found doing dance cardio or reading Black feminist theory barefoot in parks.”

During its existence, Commune promoted a doctrine of violent, revolutionary anarcho-communism. In its Twitter description, the publication described itself as “a popular magazine for a new era of revolution”, referring to the rise of the Antifa-led Resistance movement against President Donald Trump and his supporters. 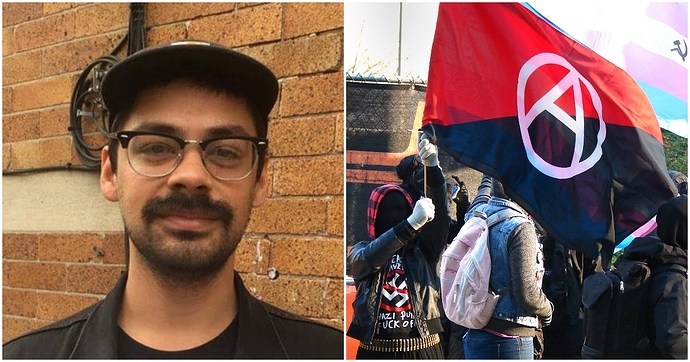 Far-left Commune Magazine is shutting down after its migrant editor purportedly raped an Antifa activist. A report by National Justice has

Those on the left are cowards and quit rather than fight .

Queer mama? Is that was used to be called a ■■■ Hag? How about Commie Mommy?

These people are all sick in the head. They want open borders and criminals in the streets then want sympathy when they get repeatedly raped by the people they claim to be supporting. Can’t say I’m shocked.