Escondido avocado producer and distributor Henry Avocado is recalling California-grown whole avocados from six states due to a possible listeria outbreak, the company said in a news release Saturday. No illnesses were reported.

The avocados tested positive for listeria during a “routine government inspection” at the company’s California packing facility, prompting a voluntary recall of the avocados that were sold in bulk at retail stores in Arizona, California, Florida, New Hampshire, North Carolina and Wisconsin, according to the U.S. Food and Drug Administration.

Eating food contaminated with listeria can lead to a serious infection that pregnant women and the elderly are most susceptible to. Symptoms include headache, stiff neck, confusion, loss of balance, convulsions, fever and muscle aches. Pregnant women can experience fever and other flu-like symptoms, but the infection can lead to miscarriages, stillbirth and premature delivery, according to the Centers for Disease Control and Prevention.

The company said the recall was issued out of an abundance of caution but urged customers who have purchased the avocados to throw them away or return them for a full refund.

Customers can identify the affected avocados by checking for stickers that say “Bravocado” or ones that say “organic”and “California.” Photos show the stickers are typically green or yellow.

All shipments from the California packing facility are subject to the recall, Henry Avocado said, adding that the company only started packing at the facility in January.

Avocados imported from Mexico and distributed by the company were not affected and were safe to eat, according to Henry Avocado.

“Henry Avocado is contacting all affected customers to confirm that the recalled products are immediately removed from store shelves,” the company said in the news release.

Around 1,600 people contract listeriosis each year in the United States, and it kills about 260 people, according to the CDC. 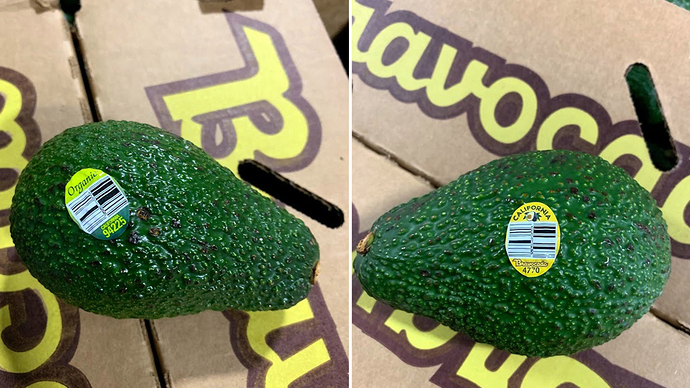 Escondido avocado producer and distributor Henry Avocado is recalling California-grown whole avocados from six states due to a possible listeria outbreak, the company said in a news release Saturda…