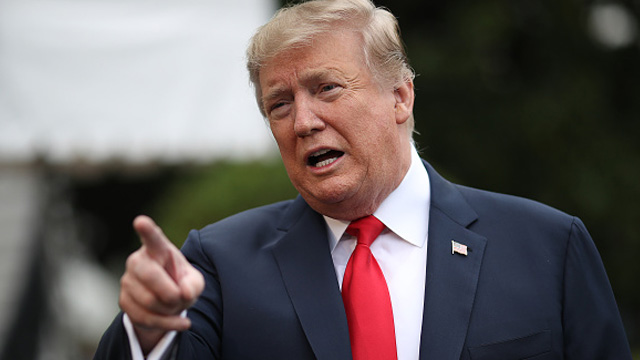 RUSH: The original coverage on this was exactly true. It was something that was unique, it hasn't happened before, and it was good for the United States.

"…And, as usual, the New York Times cites anonymous — I think they’re made-up sources — to back up their fantasy. And never mind that the named Mexican government officials say the agreement’s unprecedented. That’s why I say, you look at the timeline, look what the Mexicans are saying, it’s unprecedented, it’s never been done before. It couldn’t have been months old.

He’s not lying! The New York Times is lying! The rest of the media is lying! What’s it gonna take to convince people? Two years of four to five times every day lying about Trump colluding with Russia! Once you cross that threshold, it’s like J.R. Ewing said. “Once you get past the integrity problem, life is easy,” or something like that. Once you learn to lie easily, then there’s no holding you back. The New York Times, they don’t view themselves to have been punished in any way or set back by these lies, other than the glaring reality each and every day that Donald Trump is still president.

And let me tell you, that so bothers them, you can’t believe!

CNN anchor: US got almost everything it wanted with Mexico trade deal

CNN Anchor: US Got ‘Almost Everything It Wanted’ With Mexico Trade Deal

CNN anchor Victor Blackwell admit Saturday morning on "New Day" that the U.S. got "almost everything it wanted" in the trade deal with Mexico announced Friday.

Woops. Somebody accidentally told the truth