I found Brooks’ recent Op-Ed in the NYT really disturbing. This guy is conservative, establishment, elitist and mostly blind to what’s is going on. But this piece coming from him made my stomach churn. From Brooks:

A certain kind of Republican takes to the streets to enforce Trump’s version of events. According to research done by Larry Bartels of Vanderbilt, 50 percent of Republicans and Republican-leaning independents believe “the traditional American way of life is disappearing so fast that we may have to use force to save it.” Nearly as many believe, “A time will come when patriotic Americans have to take the law into their own hands.”

…like so many American tragedies, this is largely about race. It’s about the transition from a certain kind of white-dominated America to a diverse America — and the people who will do anything to stop it.

The Rev. Martin Luther King Jr. once argued that sin is buried so deep in the human soul that sweet words are insufficient to get people to give up their unjust power. “Instead of assured progress in wisdom and decency,” he wrote, “man faces the ever-present possibility of a swift relapse not merely to animalism, but into such calculated cruelty as no other animal can practice.”

If Trump claims a victory that is not rightly his, a few marches in the streets will not be an adequate response. There may have to be a sustained campaign of civic action, as in Hong Kong and Belarus, to rally the majority that wants to preserve democracy, that isolates those who would undo it."

I’ve always wondered if they were really buying all those assault rifles to fend off the invading Muslim hordes, guess not. If Biden gets in I certainly hope he has a plan to demilitarize the police.

I already know how the MAGAts are going to react to this, but for those with a standard level of intelligence, I am curious about what you think. 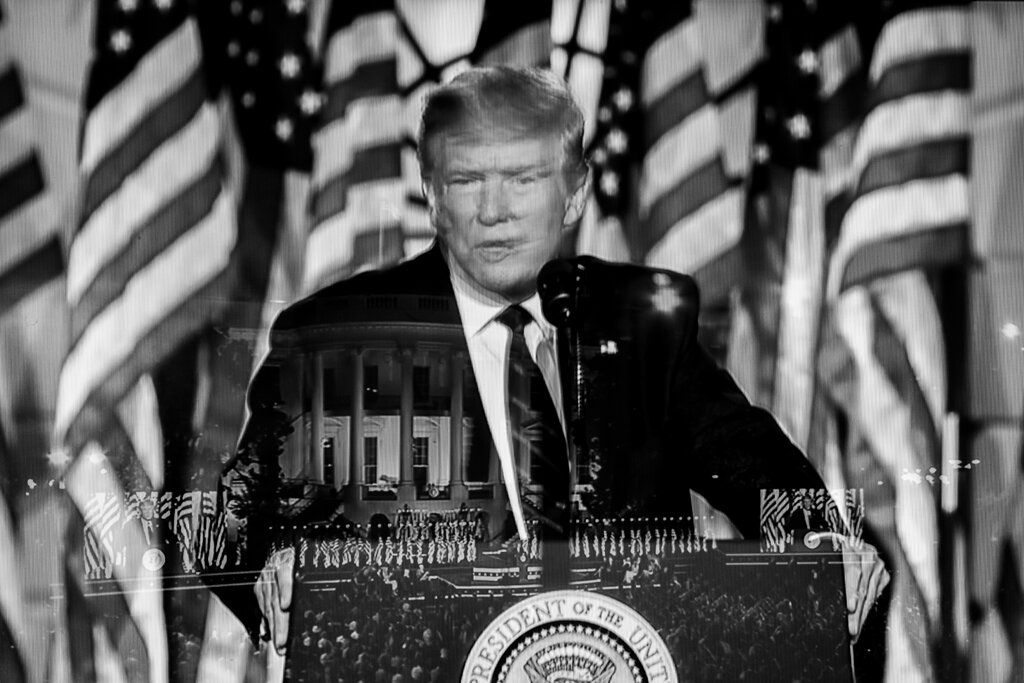 Opinion | What Will You Do if Trump Doesn’t Leave?

Playing out the nightmare scenario.

I think that Brooks’ nightmares have about as much relevance to anything as - well, as much as anything else he takes up space writing. This is a guy who hasn’t set foot, or talked to a single person, outside the DC cocktail circuit in decades.

You think David Brooks is a conservative?

If the election is fair, Trump will leave and probably be more gracious about it than Obama was to Trump in transition.

…like so many American tragedies, this is largely about race. It’s about the transition from a certain kind of white-dominated America to a diverse America — and the people who will do anything to stop it.

The left wants power and they want to destroy everything America was built upon. They want absolute control.

Witness the way they treat black Americans who support Trump or who don’t support BLM.

No, this is definitely not about race.

What I found disturbing about the Brooks piece is how he thought we get to the nightmare scenario. More Dems have mail-in ballots, many states don’t count mail-in until election day. People are used to the election results coming out on election day, so near the end of in-person voting, Trump is ahead, declares victory. Then claims the mail-ins are frauds. That’s a quite realistic scenario. Fox will show Trump’s announcement and many Republicans will think Trump won. What happens next, is anyone’s guess. If Trump steals the election, I’ll be out on the streets, that’s for sure.

I’ll tell you what happens next. Democrat governors are going use this COVID hoax to shut their states down prior to the election in November so they can flood the system with fake mail-in ballots. Don’t believe me? Just wait.

I’ll be out on the streets, that’s for sure.

How is that any different than what you lunatics are doing right now? You didn’t accept defeat in 2016 and won’t accept it again in 2020?

This is why no one likes you.

If Trump steals the election, I’ll be out on the streets, that’s for sure.

The only party that has demonstrated stealing the election is the democrat party.

Why you’d be out on the streets is a mystery. I suppose if you can’t pay for the roof over your head it is a distinct probability though.

I’ll be out on the streets, that’s for sure.

And screaming at the fucking sky . liberal turds