Cindy McCain: Under Trump 'Our Country Is Not Well'

Correction: The country is better than ever. The left is not well. Cindy should head home for some quality time with Prince Valium. 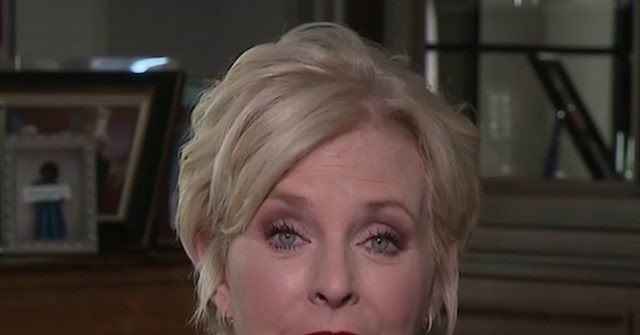 Cindy McCain: Under Trump 'Our Country Is Not Well'

Sunday on ABC's "This Week," Cindy McCain, the widow of the late Sen. John McCain (R-AZ), said under the leadership of President Donald Trump the country | Clips

The country is so much better without her brain dead husband around! So glad he’s gone.

Why is she still talking?

The only reason anyone ever listened to her died.

She also called out the entire GOP, pointing out that they have “no voice of reason”. Anybody, it doesn’t matter who it is, that expresses any criticism of Trump, and it doesn’t matter what it is, is always going to be dismissed by the Trumper who has NO objectivity on the subject.

Why is she still talking?

Why are you still talking???

Probably because it’s America, you have an opinion, and the freedom to express it.

And the question of the year:
Why would anyone listen to her???

Well, I mean John made over $100M being a Senator on $174k salary. Go live in North Vietnam, Cindy…they LOVE the McCain name.