Back when Mike Lindell presented evidence of the election systems machinery known as Dominion being hacked via China, he was immediately dismissed as a conspiracy theorist and threatened with lawsuits. In fact there is still pending litigation against Mike Lindell, as well as others. However, now the plot thickens as some other investigative journalist has been for months tracking down one man and his many networks has finally put together the pieces that vindicates Mike Lindells team claims that the 2020 elections were indeed hacked with the help of China.

I meticulously documented everything I found about Eugene Yu for the last six weeks — and now I’m ready to teach New York Times reporters and FBI agents what I found. It’s super simple!

Eugene Yu, the CEO of the U.S. election software company Konnech, was arrested yesterday in connection to the storage of election data on Chinese servers.

He was arrested in Michigan by investigators from the Los Angeles County District Attorney’s office with assistance from the Meridian Township Police Department.

Thompson, who covers “misinformation and disinformation,” wrote about how “far-right election deniers” concocted an elaborate “conspiracy theory” that Konnech “had secret ties to the Chinese Communist Party and had given the Chinese government backdoor access to personal data.”

Near the end of the article, he dedicated a few sentences to Eugene Yu’s Chinese company, “Jinhua Yulian Network Technology, a subsidiary out of China, where programmers developed and tested software.”

“Konnech closed the subsidiary in 2021 and no longer has employees in China,” he concluded.

So I spent the last six weeks meticulously documenting everything that I could find about Jinhua Yulian Network Technology (金华宇联网络科技有限公司) in a series of articles.

Fascinating read and explains in succinct terms how our elections were hack due to Chinese infiltration into our election system. The team from “True the Vote” which now is considered a forensics team has really unearthed some credible evidence that may finally blow this entire issue wide open once and for all, and bring home confirmation that millions of people already suspected and were convinced that our 2020 elections were hacked. Of course with our corrupt FBI and possibly a conspirator actor in the greatest crime of the century shouldn’t surprise anyone, but here it is.

I found what caused Engelbrecht and Phillips to warn the FBI that Konnech is a “major national security risk.”

What was even more disturbing was that, according to Engelbrecht and Phillips, the FBI’s Washington D.C. office attempted to cover up this national security issue rather than investigate why Chinese nationals are programming U.S. election software.

“The problem is they know about this and chose to do nothing,” Phillips said. 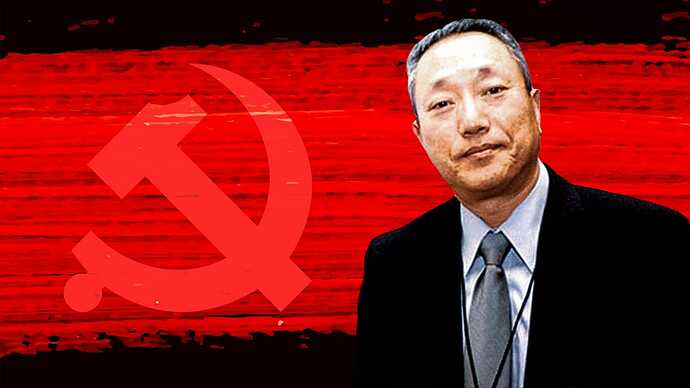 I meticulously documented everything I found about Eugene Yu for the last six weeks — and now I’m ready to teach New York Times reporters and FBI agents what I found. It’s super simple!

I still don’t understand how Americans allow this ? Are they afraid and is so, of what? Entire system is fk! When I lived in Florida there was no mention this issue with Chinese hacking US elections only business as usual. Interesting story!

They are afraid of losing their jobs, or they’ve gotten to a point of being indifferent while losing faith in their institutions that it doesn’t matter any more. They still believe that elections and voting in one man is going to be their savior instead of putting God first! 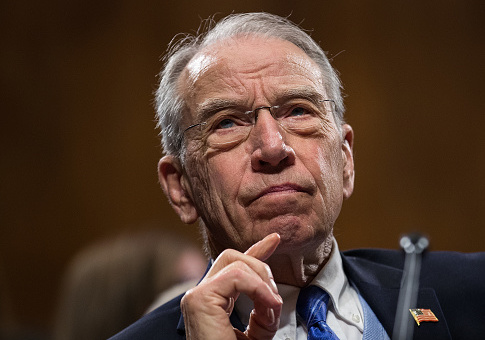 Congress is trying to pull back the curtain on foreign influence in the nation's capital by forcing think tanks to disclose disclose any funding they receive from foreign nations.

I will burn the pages with oil lamp