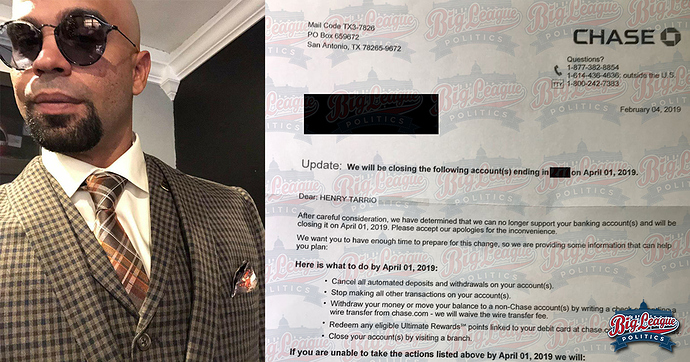 Reminder: Conservatism is fast becoming an official thought crime that the establishment will punish you for. If caught, expect to be put on a list and targeted.

Enrique Tarrio, who is the Chairman of the Proud Boys fraternal organization, had his personal Chase bank account shut down abruptly earlier this week.

In a letter obtained exclusively by Big League Politics, the bank informs him that he must shut down all of his accounts by April 1st, 2019, without giving a reason.

This comes just days after Chase Bank’s payment processor, Chase Paymentech, de-platformed him on a website he runs that allows groups and charities to sell merchandise, and raise money for causes. The website, 1776.shop, is most known for selling the famous “Roger Stone Did Nothing Wrong” shirts which Stone was spotted in during the late-night arrest at his home.

How pathetic this is…a bank thinking they are punishing an individual by not taking that individual’s money.

Wear antifa outfit and go throw rocks through the window…and piss on the ATM machines.

Wait…did I say that out loud?

The left has been claiming that the Proud Boys are a white supremacist group, because the SPLC said so, despite there being a fairly good representation of minorities within the group. Liberals try to explain their logic here: 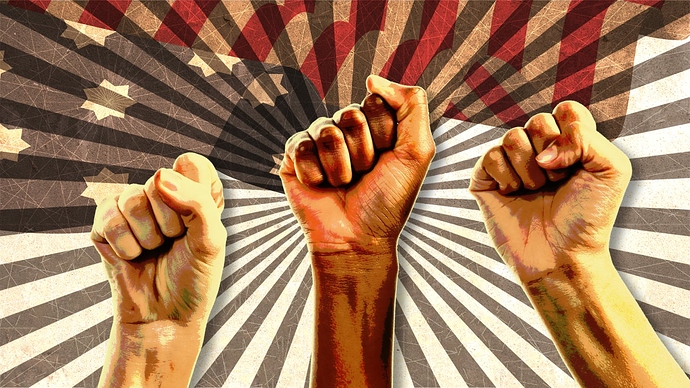 Why Young Men of Color Are Joining White-Supremacist Groups

Patriot Prayer’s leader is half-Japanese. Black and brown faces march with the Proud Boys. Is the future of hate multicultural?

So its begun. I thought RFID chips would be the start of this, locked out of transactions, out of paychecks because of your profile being flagged.

Soros is not happy…