Charlie Hurt makes an excellent point! Peace is the Prize!

To all liberals always wanting to focus on their aggrieved attitudes towards Trump, this is a stark reminder of what Obama failed at when it came to Foreign policy to where Trump succeeded! In contrast it’s night and day. No wonder why liberals love lighting their hair on fire they don’t know any better! 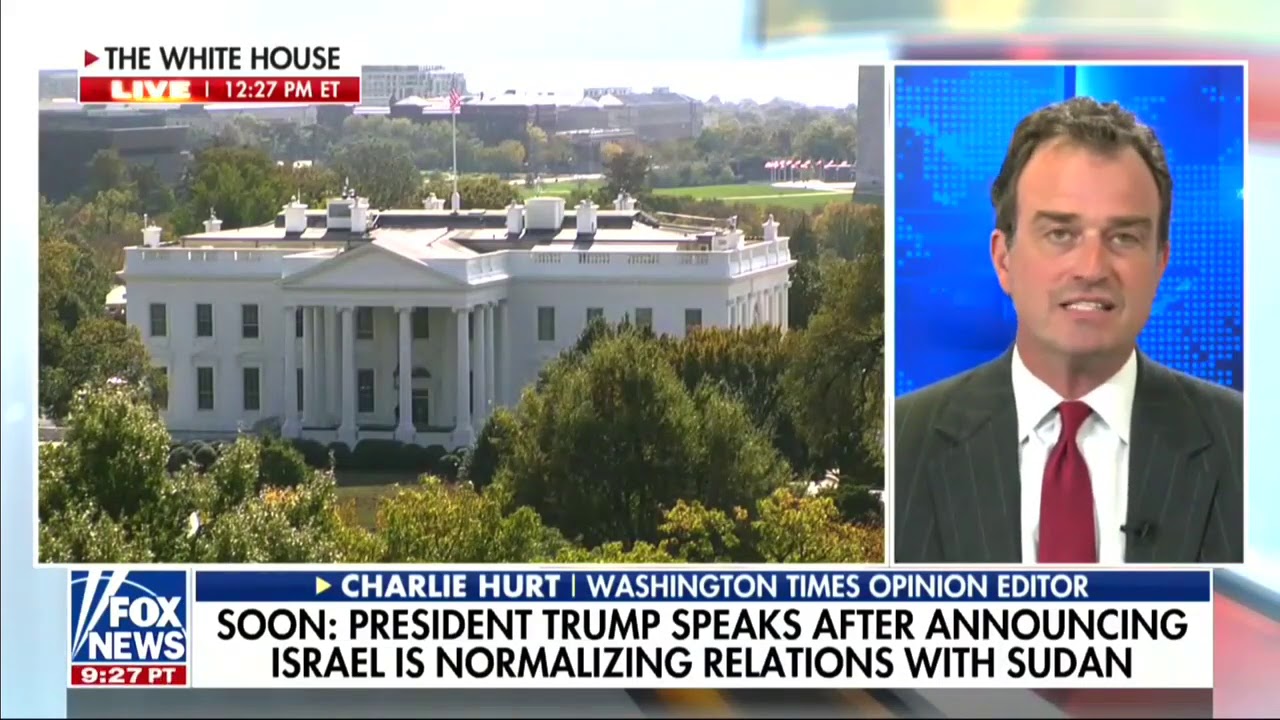 Foreign policy is actually very easy to get right:

The ONLY thing you need to understand is MIC is a false flag operation to cause constant wars so globalists and politicians, via granted power, bribery, sex and drugs can profit on the back of middle class US taxpayer’s and worldwide LABOR for multiple generations.

Once you accept that factual reality… foreign policy is easy. Everybody gets along, nobody has to die. Globalists get less taxpayer money from taxes on labor, which, of course, is SLAVERY.

p.s. Climate change, big pharma and many other forms of graft is the same scam. Manufacture a problem – Global Taxpayers transfer their wealth to the top .1%

Peace ‘efforts’ in the Middle East during Biden’s 47 years amounted simply to more violence and division.

Failure really ramped up in the last 20 years when the solution was to spill the blood of young Americans while forcing them to follow ridiculous rules of engagement. (If we go to war, then make war fast, effective and comprehensively and never again listen to generals with Swamp roots and political intentions.)

Then failure during Obama/Biden meant bowing before tyrants, more unnecessary sacrifice of Americans and putting American heroes in prison for fighting back and doing their jobs. We sent soldiers into harm’s way to defeat radical Islamic terrorists under a Commander in Chief that stated he’d always stand with Islam. We stood by as he sent them to war with diminished pay, ill-equipped and instructions not to shoot back. Their votes were seldom counted while they were fighting for the right to vote. Meanwhile, we had a FLOTUS that gave failed lip service to being an advocate for military families when she wasn’t busy dancing, being a fake gardener or licking boots in Hollywood. We were robbed when pallets of cash were delivered to Iran, when weapons were provided to our enemies and when our military equipment was simply left behind for the taking by our enemies. We were scammed when we were forced to pay for mass invasions of Europe and the USA. We were shamed and humiliated when President Netanyahu was treated like an errand boy by Obama when he visited the WH and when Obama used our money to try and undermine Netanyahu’s reelection. Yes, he interfered in foreign elections.

Where was Joe? Sure, Joe and Jill showed up for some photo op’s and drank $150+ bottles of wine at Obama’s Wednesday night parties for Hollywood, sycophants, media lapdogs and Big Donors like the CEO of Solyndra. Joe was there for the signing of Obamacare and quipped it was a big ——- deal. But most of the time Joe was swimming nude, trying to keep a lid on his family involvements with Communist China and other foreign entities. He was busy ignoring all the businesses folding up across America because he was doing harm such as revealing the names of Seal Team 6 members.