Its one thing to continuously lie like Blinked Democrats, Biden, Pelosi Schumer McConnel Republicans Rep. Gerry Connolly (D-Va.) on Monday check out this date vs 2009 when this allege happened 09/13/2021 blasted Rep. Joe Wilson (R-S.C.) over his “You lie,” interruption in 2009 of a speech by former President Obama to Congress, arguing he had little standing to now criticize Biden officials of lying. Now they polls have pervert Joe Biden at 39 % approval we know this is a diversion from the loss of Bidens agenda but really that’s what kids in kinder garden do when they get caught?

The remarks from Connolly came during a contentious hearing of the House Foreign Affairs Committee on the troubled U.S. withdrawal from Afghanistan. Secretary of State Antony Blinken came under tough questioning from Wilson and other Republicans on the panel.

“I guess I would say to my friend from South Carolina, if I were the member of Congress who committed one of the most grievous acts at a State of the Union address, when the president of the United States, Mr. Obama, was our guest, to shout out ‘you lie,’ I might take more care about enumerating other alleged lies in a hearing with the secretary of State,” Connolly said after Wilson’s remarks.

Wilson criticized the Biden administration’s pullout as a “surrender in Afghanistan” and read an editorial from the New York Post that accused President Biden and other officials of lying about the withdrawal.

He also called on Blinken to resign.

Connolly pushed back on GOP criticisms of the administration’s handling of Afghanistan, calling it a “salad mix of selective facts.” Now lets talk about HOE kamala Harris, Were is she hiding and Hoe is the correct word she paid young black boys under the age of 16 for sexual favors for 2 years while campaigning with her Campaign funds comments?

Have you seen this guy on TV? He’s totally incoherent. He’s not running anything, his staff is. 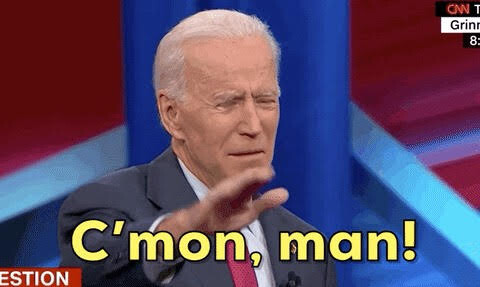 Then again, why is HE getting all the blame and criticism……

Seriously? Because he’s the President. Same way you and your ilk were with Trump. Remember?

Two things, at least you acknowledge that he IS president. But if he’s not really running the country, why do you guys continually criticize his running of things….