Right on cue and as expected after Biden admin officials asked big tech to start clamping down on dissension over Vaccines and the COVID issue. The fact of the matter is we the people are in a abusive relationship with our Government, and thus its gets worse from here as more and more prominent names are now being targeted.

Here is one targeting Joe Rogan, who as of to date have over 11 million listeners to his widely popular podcast, and easily the one voice who has filled the void that Rush Limbaugh and Howard Stern have left wide open. 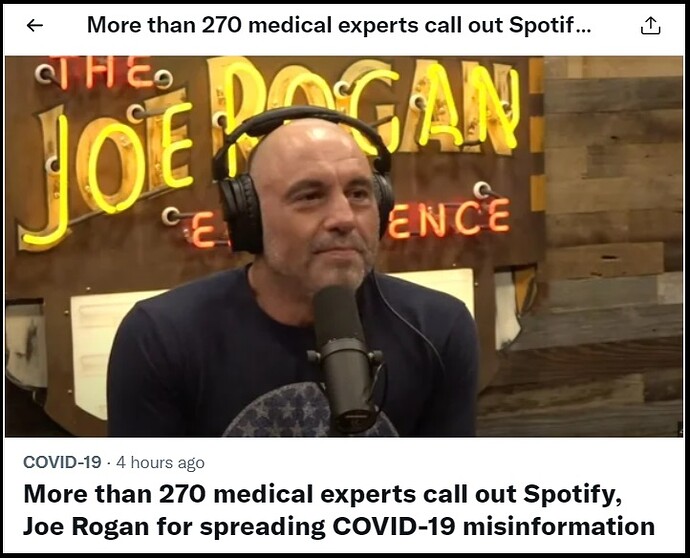 (Via Washington Post) A coalition of hundreds of doctors and public health experts have called out Spotify for allowing Joe Rogan to spread “false and societally harmful assertions” about the coronavirus and vaccination on the streaming platform that hosts his wildly popular podcast.

In an open letter published Monday, more than 270 medical professionals urge Spotify to stop “enabling its hosted media to damage public trust in scientific research and sow doubt in the credibility of data-driven guidance.” Rogan, whose show reaches an estimated audience of 11 million people an episode, has repeatedly downplayed the need for coronavirus vaccines and used his platform to flirt with misinformation about covid-19.

“Though Spotify has a responsibility to mitigate the spread of misinformation on its platform, the company presently has no misinformation policy,” the group wrote in the letter, which was first reported by Rolling Stone this week. “Throughout the covid-19 pandemic, Joe Rogan has repeatedly spread misleading and false claims on his podcast, provoking distrust in science and medicine.”

The next was Dan Bangino, who didn’t mince words with YouTube executives who decided to demonetize his channel! 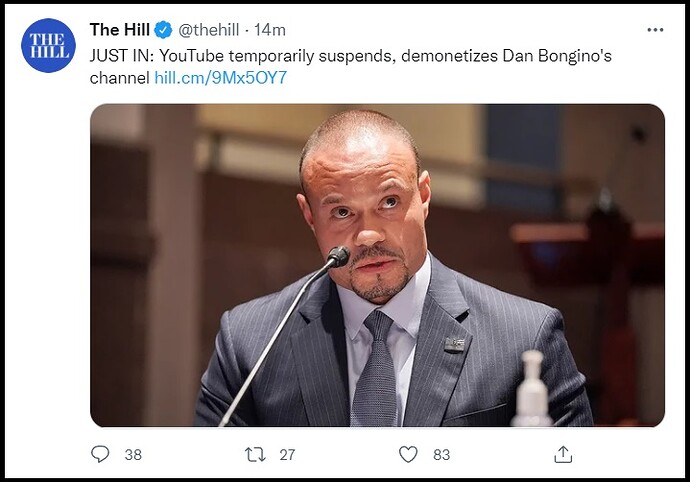 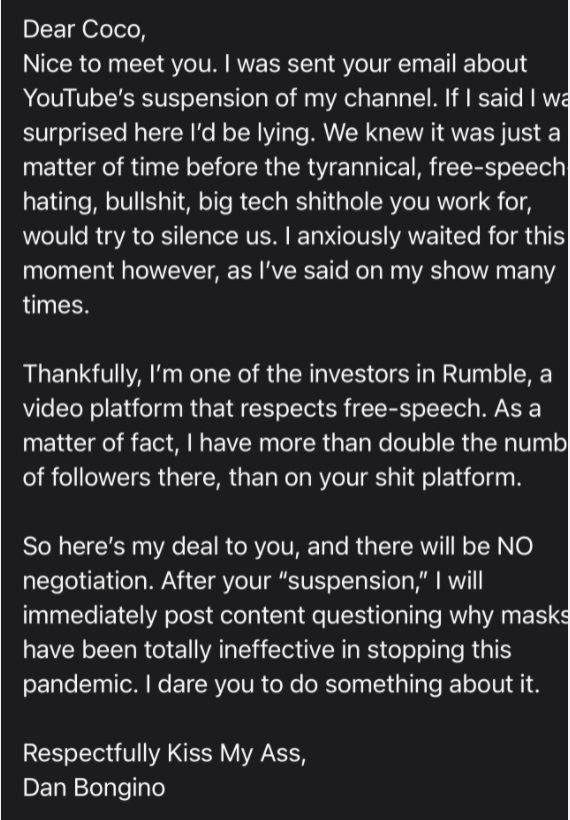 If you start seeing the motives and start matching the actions then is pretty clear the Federal Government is subverting not only Free speech, but the rights of every American that uses social media to express their own views that opposes their obvious agenda. What happened yesterday was probably, the biggest fraudulent and heavily managed autocrat in modern American political history gave instructions to his fellow travelers in Big Tech, and I quote:

“I make a special appeal to social media companies and media outlets: Please deal with the misinformation and disinformation that’s on your shows. It has to stop.” ~ Joe Biden

The one thing to keep in mind and probably the most important salient point to reflect upon, its pretty obvious to most who have a brain know that MSM has been lying to the public for years now and most educated and reasonable working class people know this to be a fact. So when this admin starts going after people like Joe Rogan and other personalities that use tech platforms to get their message across it only makes even more obvious the desperation attempt to control the narrative because they know they have already lost it especially after a very bad week for this administration on the one year anniversary of being in office. The narrative is crumbling and so is most of legacy MSM’s effectiveness to control it. On the latter, its telling that one gets a pass on regularly selling lies while the other is being systematically targeted for telling the truth. Its where we are at in the modern day discourse when it comes to real journalism vs. real propaganda! The consequences of living in a upside down world! 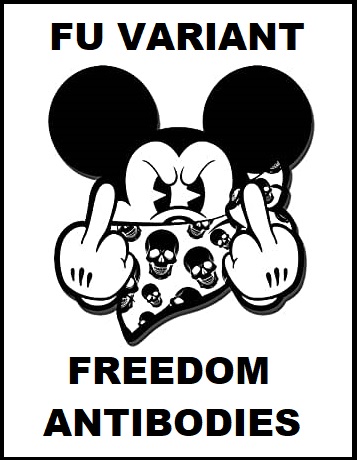