Joe Biden has opted to keep Jerome Powell as chairman of the Federal Reserve as he attempts to guide the country through an economic recovery marred by inflation.

Powell, a Republican, has won over significant Democratic support and represents continuity as the United States navigates the fallout of the COVID-19 pandemic. 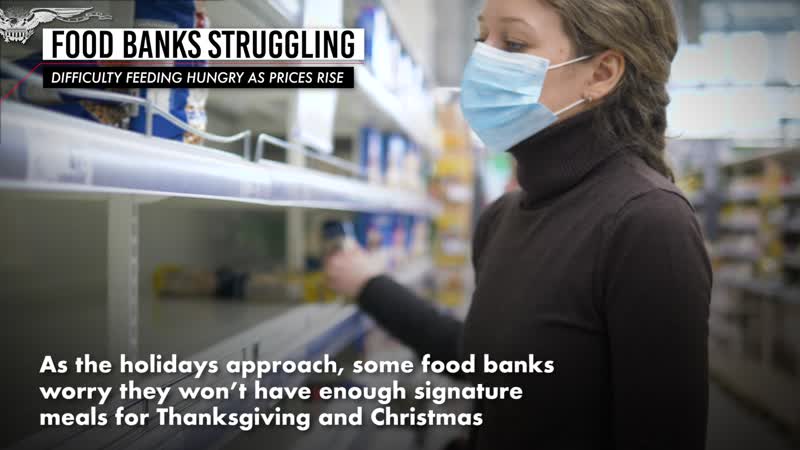 In Powell, Biden is choosing the safe candidate. While some of his liberal allies pressed him to nominate Lael Brainard, a member of the Fed’s Board of Governors seen as tougher on Wall Street, others advised him against replacing Powell amid an economic recovery that he is credited with successfully overseeing. Furthermore, Powell has strong support from Senate Republicans, meaning that he is thought to be positioned to pursue full employment with Republican buy-in — something that Brainard would lack.

Instead, Biden nominated Brainard to be vice chairwoman of the central bank.

“Fundamentally, if we want to continue to build on the economic success of this year we need stability and independence at the Federal Reserve — and I have full confidence after their trial by fire over the last 20 months that Chair Powell and Dr. Brainard will provide the strong leadership our country needs,” Biden said in a statement.

The top Republican on the Banking Committee, Sen. Pat Toomey of Pennsylvania, said immediately after Biden’s announcement that he would support Powell, indicating that confirmation will be relatively easy.

“While I have strongly disagreed with Chairman Powell’s decision to continue the Fed’s emergency accommodative monetary policy — long after the economic emergency had passed — Chairman Powell’s recent comments give me confidence that he recognizes the risks of higher and more persistent inflation and is willing to act accordingly to control it. I look forward to supporting his confirmation,” Toomey said in a statement.

Powell was nominated to replace Janet Yellen at the Fed in 2018 by then-President Donald Trump. Powell gained praise from the Left for refusing to cave to Trump’s pressure when the former president pushed him to slash interest rates.

HOW POWELL WON BIPARTISAN SUPPORT AS THE FEDERAL RESERVE CHAIRMAN

He also gained the approval of many Democratic senators, including Jon Tester of Montana and Ben Cardin of Maryland. Powell’s predecessor Yellen, now Biden’s treasury secretary, has also hinted that she wanted Powell to remain in his role for another term.

Another consideration that made Powell appealing to the administration, and earned a bit of ire from Republicans, is the Fed’s shift in focus toward achieving maximum employment, which Democrats believe helps minorities and the poor.

Powell slashed interest rates to near zero at the outset of the pandemic and embarked upon an unprecedented monthly asset purchasing program, which many liberals believe has helped the U.S. rebound to normalcy (although his critics contend it has made inflation worse).

Powell may face his biggest challenge yet with mounting inflation. Prices just hit the highest rate in 30 years, clocking in at a staggering 6.2% for the year ending in October, above consensus expectations of 5.8%.

Now we shall see if he will deal with inflation caused by massive spending of congress.

They can try to push all this spending as zero cost but the bill will come due and that creepy braindead bastard will be dead . Hunter will have to push his " ART" AT THE STARVING ARTIST SALE !

The bill’s stated cost is deceptive because the package contains a number of hidden costs and arbitrary sunsets that could more than double its actual spending over a 10-year period. Without those arbitrary sunsets and accounting tricks, the total cost of the bill is more than $5 trillion dollars.
“As currently drafted, the reconciliation bill would expand or create new entitlement programs and refundable tax credits, but then sunsets many of these programs — in some cases after just one year — to disguise the true cost of the bill​,” the letter said.

“​Given that the bill’s proponents clearly intend for these programs to continue past their sunset, lawmakers should be provided with a Congressional Budget Office estimate of the true cost of the bill if these programs were permanent​,” it continues.

The problem programs are universal child care and preschool, which is set to sunset in 2027; an expanded version of the child tax credit, set to expire next year; and the reduction of premiums for Americans who purchase health care through marketplaces set up by the Affordable Care Act. That provision is due to expire in 2025.

"Front-load spending in the early part of the ten-year window” laid out by lawmakers.

“For example, over $20 billion is provided for workforce training and related education programs, but most of that money is only available through 2026,” the letter said. “A true accounting of the bill’s cost requires identifying which provisions are intended to be permanent and calculating the cost without any arbitrary sunset.”

Well it is a slush fund and everyone knew they be playing the 3 card monty trick with the cash .

The hidden costs are the freebies that the leftists expect will become permanent fueling inflation with little hope that it will just go away or that high interest rates a the answer.

The hidden costs are the

No-show jobs handed out to dem donors and braindead relatives incapable of holding a real job .